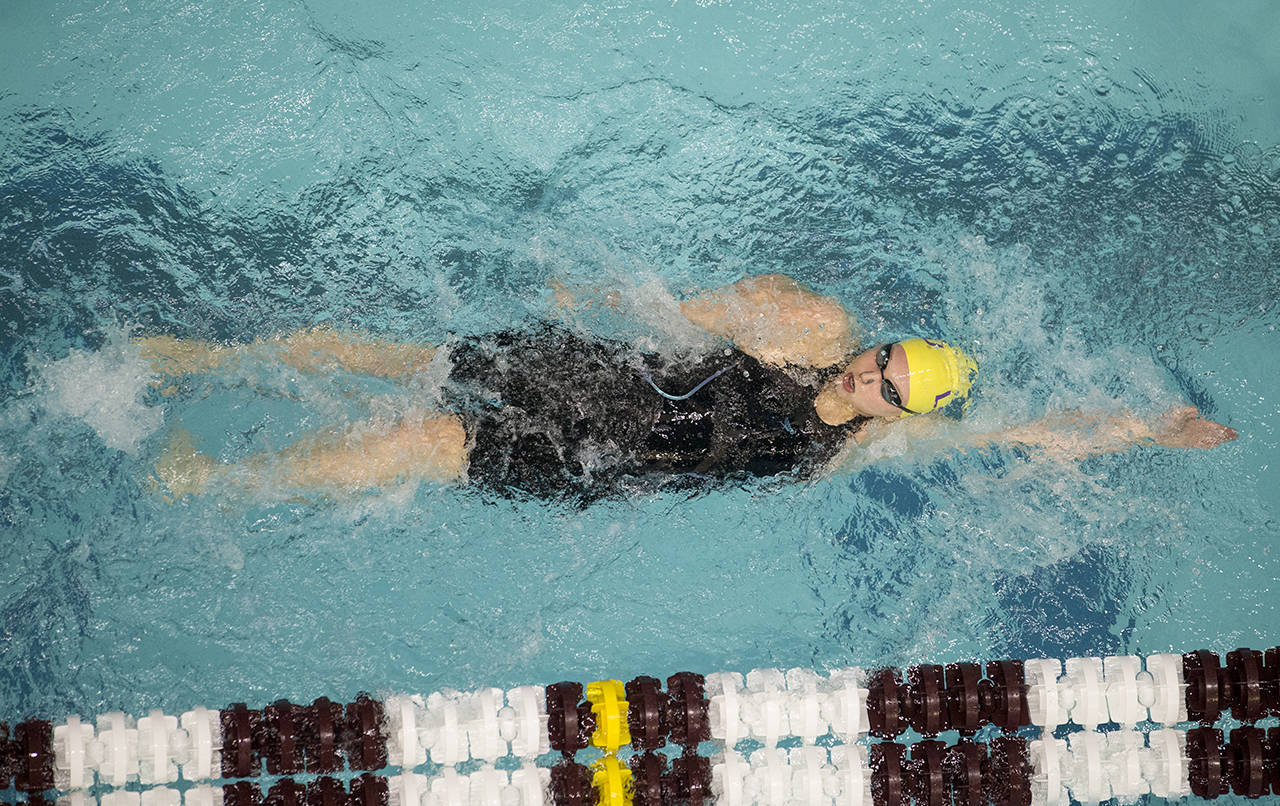 “There were some really positive swims for our program today,” LSU swimming coach Dave Geyer said. “To come in on the last day and put up more than 20 personal-best times was great for us.

“Cassie Kalisz got great experience today by making it back for a second swim as a freshman, and she will be to carry that the next three years. The same goes for Luca (Pyffer) and Cameron (Karkoska) in the breaststroke events. Even Lexie Daniels’ mile was a great swim to earn points for our team.”“I can’t put into words the commitment of our four seniors this year. They were driven throughout the year, and the results in and out of the pool will go beyond their time at LSU. They finished with many positive memories and an amazing experience here. As a staff, we knew who we were this year. It was a building season for us, and I’m excited for the foundation set.”

Diver Juan Celaya-Hernandez put together an outstanding SEC Championship with a pair of gold medals on one-meter and platform as well as a second-place finish on three-meter. Celaya-Hernandez was named the SEC Diver of the Meet for his performance.

On Sunday, Lizzie Cui competed on platform and finished seventh with 264.45 points. Makayla Robillard earned points for the squad after totaling a 205.25 in prelims for 17th overall.

“This was a terrific SEC Championship,” LSU diving coach Doug Shaffer said. “I’m grateful for the hard work the divers put in to have a successful championship. Lizzie today put a great performance on platform for a personal best and finished as the highest scoring female here. I’m very proud of our accomplishments and look forward to carrying this momentum into the NCAA season.”

On the swimming side, Daniels kicked off the afternoon with a strong showing in the 1650 free with a time of 16:38.02. The time was a personal best and enough for the fourth best in school history.

Kalisz reached the ‘B’ final of the 200 back and bested her previous top time with a 1:55.60 during prelims of the event. Alexandra Ham added a top time in the event as well with a 1:57.81 for ninth in school history.

Matt Klotz and Thomas Smith reached the ‘C’ final of the 100 back. Klotz touched the wall second with a time of 1:43.80 and Smith finished seventh. In prelims, Klotz checked in with a season-best 1:43.55 for third in school history.

To wrap up the individual events, Summer Spradley posted the third-best time in school history in the 200 breast with a mark of 2:12.28 in prelims. Spradley reached the ‘C” final of the event.

Pyffer and Karkosk also reached the ‘C’ final of the 200 breast and finished second and fourth respectively. Pyffer touched the wall in 1:56.64 during prelims for third in school history. Karkosk improved his time from prelims to the finals and posted the fourth-best time in school history, 1:57.22.

LSU swimmers will get their last chance at qualifying for NCAA Championships Feb. 23-25 at the Texas A&M last chance meet. The divers will look to qualify for NCAA’s March 5-8 at NCAA Zone D Diving Regional in Minneapolis, Minnesota. The women’s championship will take place March 14-17, while the men’s championship will go on March 21-24. Both will take place at the Jean K. Freeman Aquatics Center in Minneapolis, Minnesota.