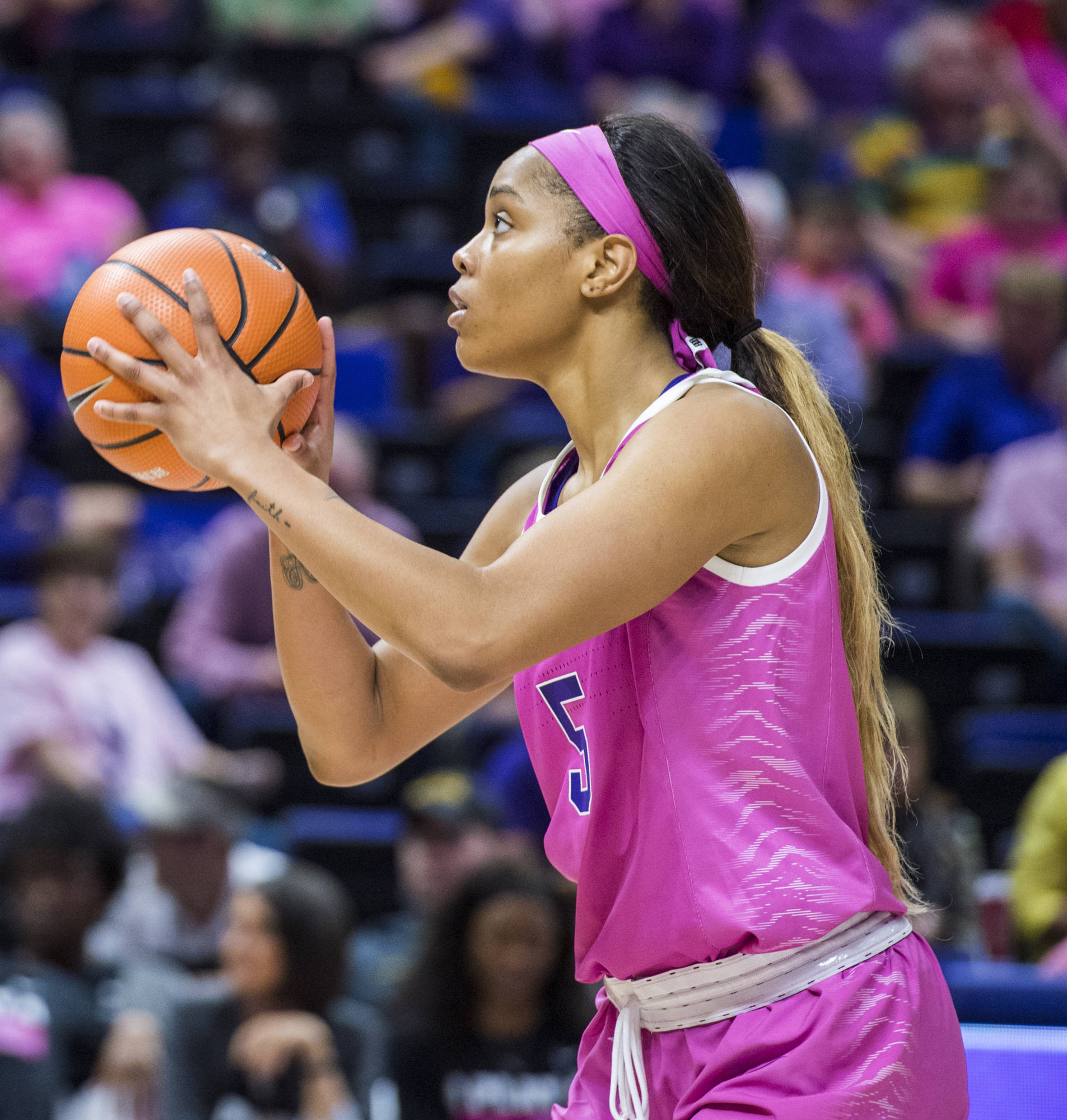 FAYETTEVILLE, Ark. – The LSU women’s basketball team defeated the Arkansas Razorbacks by a score of 62-57 behind a career-high 19 points from Ayana Mitchell at Bud Walton Arena on Sunday.

Mitchell picked up her sixth double-double of the season, adding 13 rebounds and four steals to her 19 points. Raigyne Louis stuffed the stat sheet with a double-double of her own, tallying 15 points, 10 rebounds, four assists, six steals and two blocks.

After outscoring Arkansas 13-10 in the first quarter, the Lady Tigers opened the second quarter on a 12-3 run, increasing their lead to double digits before Arkansas climbed back to narrow LSU’s lead to 29-23 heading into halftime.

Arkansas never allowed LSU’s lead to get too far out of reach, cutting its deficit to just four points with just under eight minutes remaining in the third before LSU closed the quarter out on a 16-9 run.

The Lady Tigers saw their lead climb to as many as 13 points, a game-high margin, with 7:25 remaining in the game before Arkansas outscored LSU 16-5 over a five-and-a-half minute span to cut LSU’s lead to just two points.

Jackson and Mitchell responded with a pair of huge field goals to secure the 10th SEC win of the season for LSU.

LSU had the slight edge over Arkansas in the paint, outrebounding the Razorbacks 50-46, while outscoring them in the paint 32-36. LSU forced 17 Arkansas turnovers and scored 15 points off of those turnovers to go along with eight fast break points on the afternoon.

The Lady Tigers will return to action Thursday, Feb. 22 against No. 8 South Carolina in their final regular-season road game at Colonial Life Arena in Columbia, South Carolina at 5:30 p.m. CT.