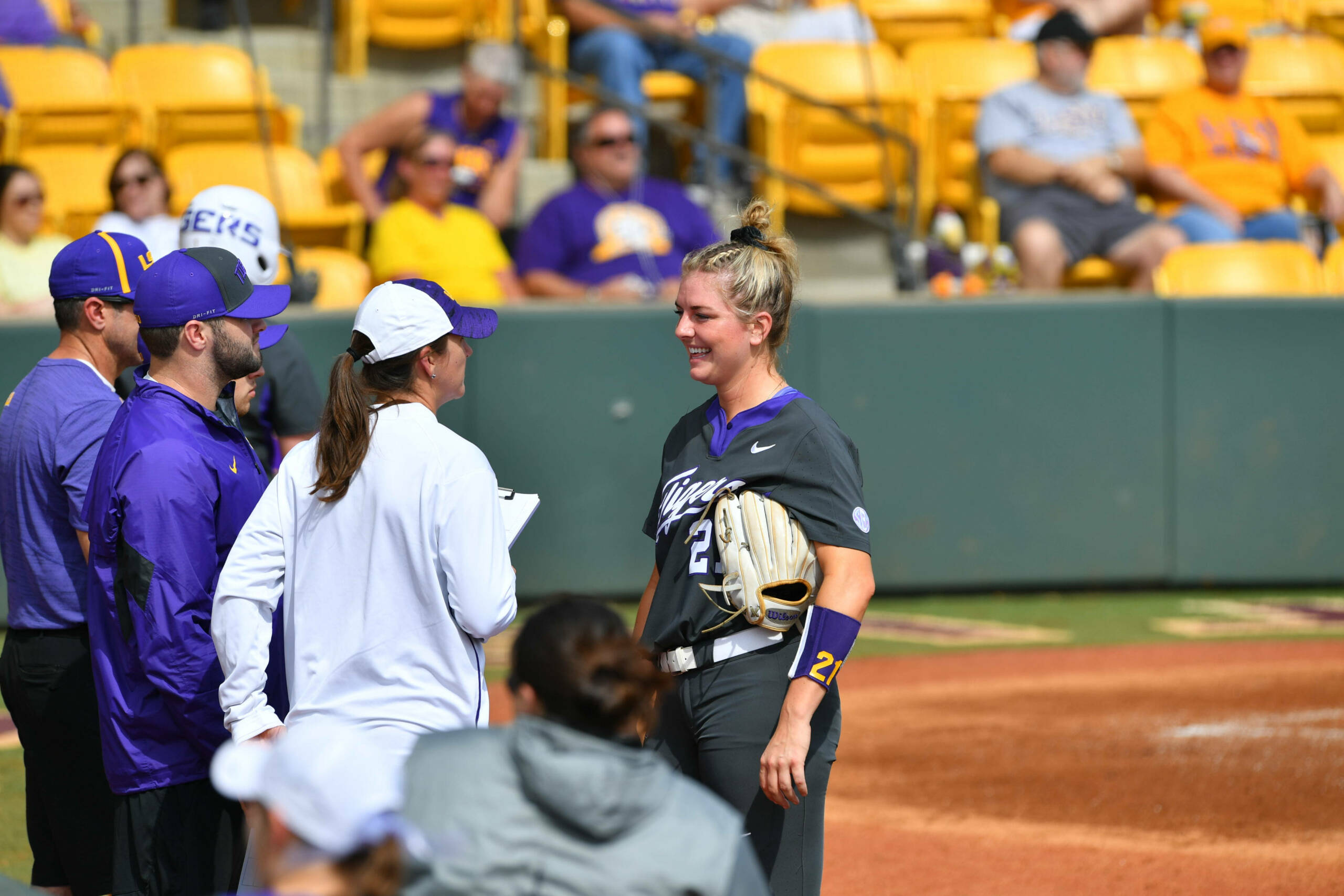 BATON ROUGE — The LSU softball team closed out the Purple & Gold Challenge with a 1-0 shutout victory over Oregon State on Sunday afternoon in Tiger Park. The Tigers remain unbeaten in 2018 at 10-0. Oregon State falls to 7-4 on the year.

Senior Carley Hoover threw a complete-game shutout, stifling the Beaver’s offense. She tallied six strikeouts and earned her fourth win of the year.

The Tigers lone run came in the fifth inning when Amber Serrett scored on a Taryn Antoine sacrifice fly.

For the day, the Tigers put up three hits, including one extra base hit by Antoine. She doubled down the left field line in the third inning. Becca Schutle and Michaela Schlattman each pounded out a hit on the day.

Torina’s Thoughts
Opening statement…
“Carley Hoover was outstanding and Taryn Antoine came through in several big ways for us today. The offense found a way to scratch it out; they battled and did what they needed to do.”

On opening the season 10-0…
“We’re still finding ourselves. We’re still trying to understand exactly who we are, but I think we’re getting closer every day. We had really good moments in extras against Louisiana Tech earlier this week. We had a couple comebacks this weekend and saw that we can win by scoring several or just a few runs. There’s stuff that we still want to keep working on, but we’re in a good spot and we’re moving forward.”

Game Notes
>> The Tigers maintain a perfect 35-0 record in the Purple & Gold Challenge.

>> With her seven innings pitched today, Carley Hoover is five innings away from becoming fourth on the all-time list in number of innings pitched. She has pitched a total of 550.1 innings in her career.

>> The complete-game for Hoover was her fourth on the year and 52nd in her career. She now has three shutouts on the season and 16 in her career. Hoover tallied 25 strikeouts in 21 innings pitched this week.

>> Antoine recorded her first double of her career.