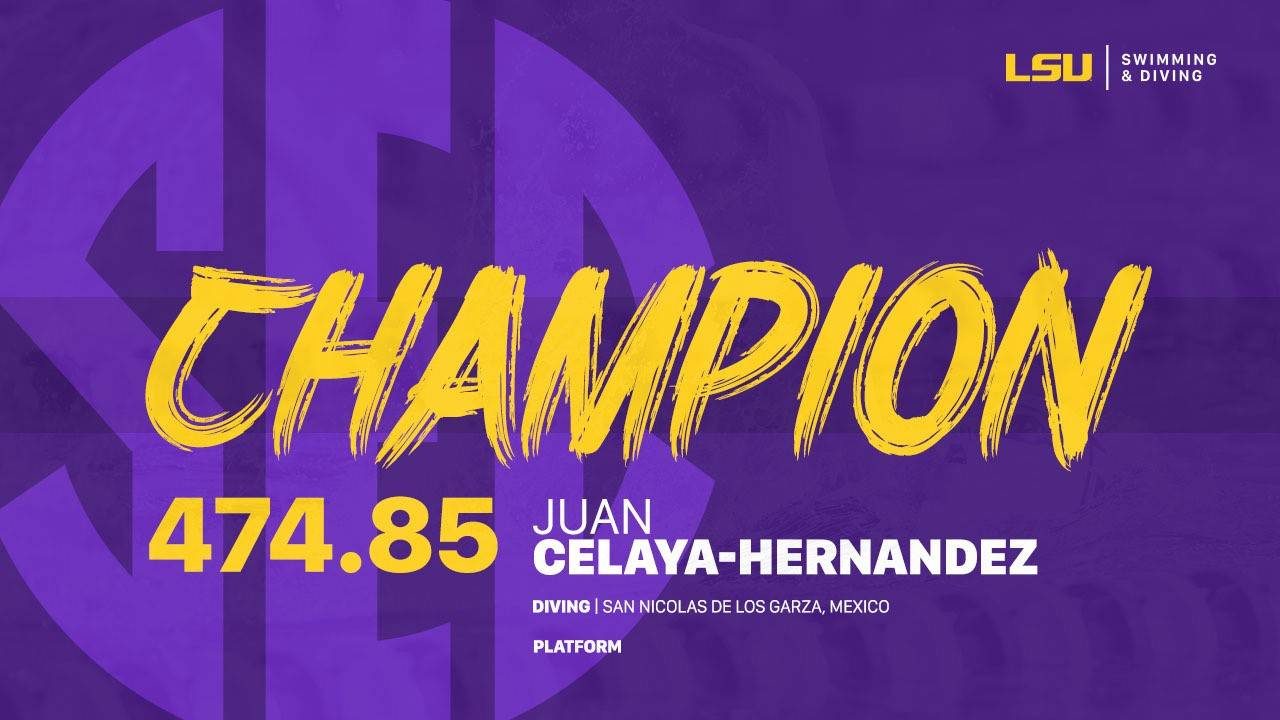 “That was a very special event, and I’m so proud of Juan,” Shaffer said. “He excelled in a very elite SEC men’s platform final to take the gold with his mom, dad, aunt, and cousins in attendance. It was a very special moment. I’m also very proud of all of our divers’ performance today. Matthew Phillip also had a nice showing and all of our divers scored today, which is big for our team.”

Phillip finished seventh on platform with a score of 376.40. In prelims of the event, Phillip posted a 402.70 for a career high and the fourth-highest score in school history.

Jones finished fifth in the 200 fly championship final while also setting the school record with a time of 1:42.84.

“I’m really thrilled for Harrison today,” LSU swimming coach Dave Geyer said. “He has put the work in for the past year, and he was rewarded with a school record in the 200 fly.”

Freshman Grace Horton made her first ‘B’ final appearance in the 100 back. Horton hit the wall with a time of 53.72 for the third-best time in school history.

“Overall, there were some solid swims today, but obviously some frustrations with the DQ at the end,” Geyer added. “The way the rules are set up, there was nothing we could do about it. With one more day, we really need to set the tone tomorrow morning for more point scoring opportunities.”

Host Texas A&M stands atop the women’s standings with 953 points, while Florida sits in first place on the men’s side with 876 points.