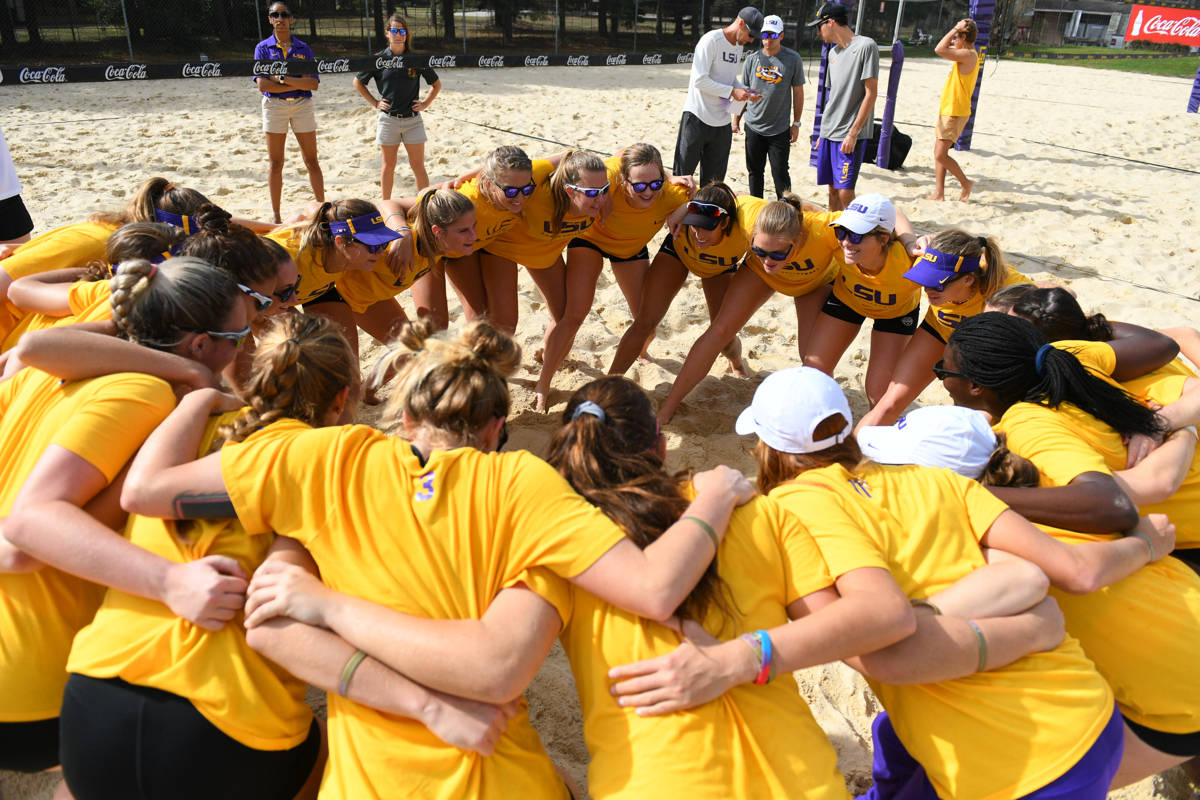 BATON ROUGE — More than 250 people came out to Mango’s Beach Volleyball for LSU’s annual Purple and Gold scrimmage and clinic.

The day started at 10 a.m. when LSU played five rounds against different pairs. It was the first time this season that the team played in a competitive environment in front of a live audience.

“Across the board, we had great competition,” said head coach Russell Brock. “We’re really where we need to be right now.”

The Tigers will begin their 2018 campaign next weekend when they travel to Phoenix, Arizona to play four matches at the GCU Beach Tournament.

“We are starting out against great competition,” explained Brock. “We have to get after it to our full ability, full effort, full execution every time we step into the sand.”

After the scrimmage was over, the players signed posters and put on a clinic where any of the kids in attendance were invited to take the courts with the team.

“It’s a great opportunity to grow our sport,” said senior Emmy Allen. “I was once in their shoes and I know how much it means to young people for us to be out here with them.”

The Tiger’s first home tournament of the season will take place at Mango’s off of Sherwood Forrest in Baton Rouge the weekend of March 24.