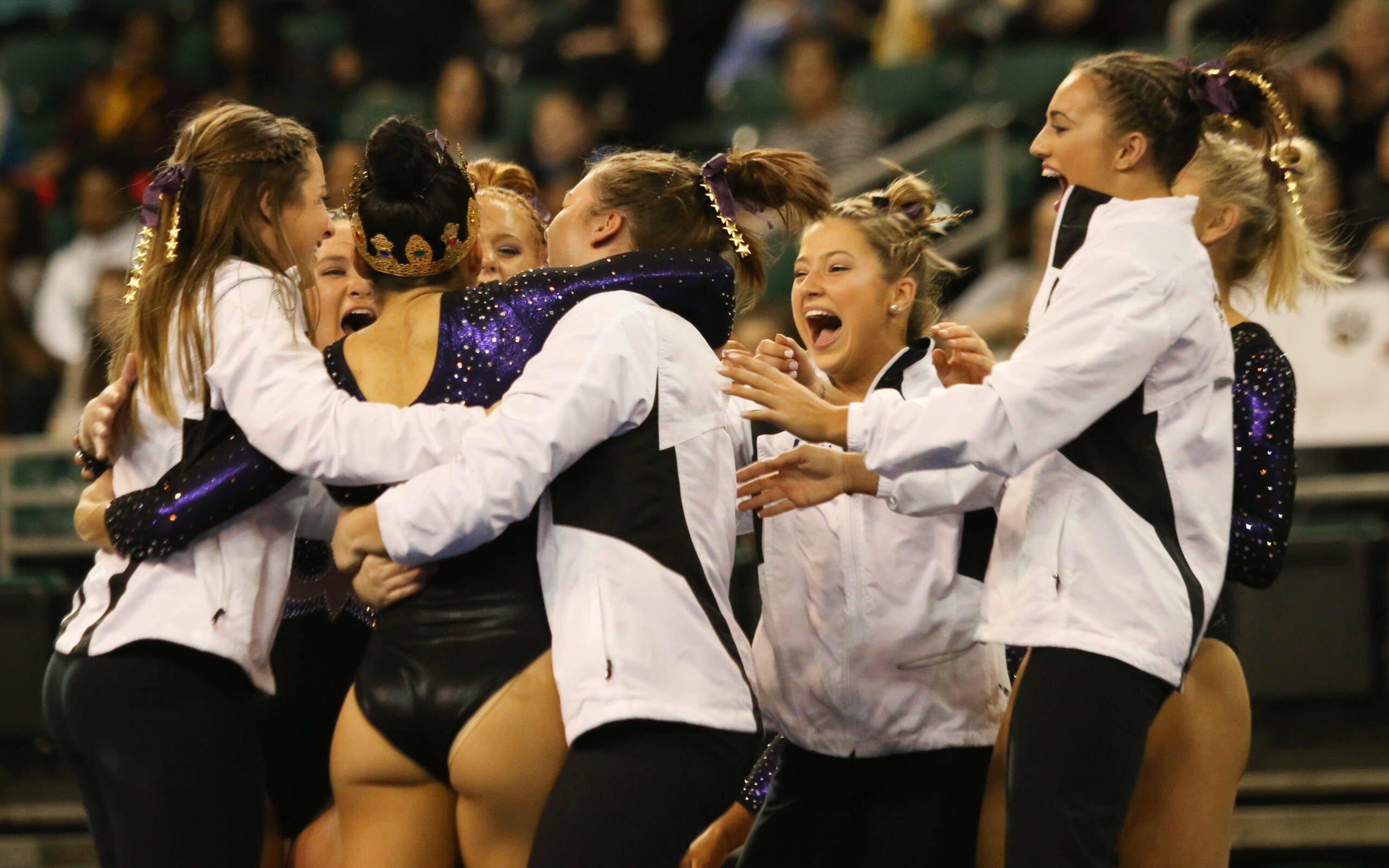 ST. CHARLES, Mo. – Junior Sarah Finnegan posted an outstanding all-around score of 39.775 for a career high to lead the fourth-ranked LSU gymnastics team to a season-high team score of 198.075 and win at the GymQuarter Invitational Friday evening at the St. Charles Family Arena.

The Tigers improved to 8-1 overall on the season. The team score marked the fifth highest in score history and LSU became the third team this season to exceed the 198 mark. Missouri finished second at the meet with a 196.025, George Washington finished third with a 195.650, and Arkansas closed things out with a 195.575.

Finnegan’s score of 39.775 tied for the second-highest score in the nation this season. The Missouri native’s score was also the fourth-highest in school history and the best since Rheagan Courville scored a 39.825 in 2015.

Senior Myia Hambrick finished second in the all-around with a strong 39.650. Hambrick took home titles on vault and floor. In addition to the all-around win, Finnegan won bars and beam. Junior Lexie Priessman also earned a share of the win on bars.

“Overall the personality of our team is what we see in practice,” head coach D-D Breaux said. “The tenacious and fighting spirit was on display tonight. Everyone stepped on the podium and said it was my turn and it’s up to me now. We saw it the whole night.”

Vault Starts Strong for the Tigers
LSU posted a 49.450 on vault for the highest score on the road this season to start off strong. Junior Julianna Cannamela opened with a 9.85 and Finnegan followed with a 9.90. Priessman totaled a 9.875 and Hambrick won the title with a 9.925 in the fifth spot. Sophomore Kennedi Edney closed out vault with a 9.90

Priessman, Finnegan Win Bars to Lead After Two
Freshman Sami Durante started the second rotation on fire with a career high 9.925. Hambrick followed in the second spot with a 9.825. To close out the rotation, Edney scored a 9.90 and Priessman and Finnegan won the title on the event with 9.950s. The Tigers’ score of 49.550 marked the highest on the road for the squad this season.

Beam Posts Season-High Score
LSU put together another strong rotation for a season-high score of 49.525 on beam. Senior Erin Macadaeg led the way with a 9.875 and Hambrick followed with a 9.925. Freshmen Christina Desiderio and Reagan Campbell tied their career high scores with a 9.90 and 9.85 respectively. Finnegan closed out the rotation by tying her career high with a 9.975.

Tigers Clinch Win and 198 Score on Floor
In a switch before the competition began, Cannamela led off by tying her career high with a 9.875. The squad then used 9.875s from Ashlyn Kirby, Desiderio and Edney in the second through fourth spot. Finnegan closed out her night with a 9.95 on floor. Hambrick finished by posting a 9.975 to tie her career high and win her seventh floor title this season.

Next Up
LSU returns home to take on Texas Woman’s inside the Maravich Center at 2:30 p.m. Sunday. The meet will be streamed on SECNetwork+ thourgh WatchESPN.com and the app.