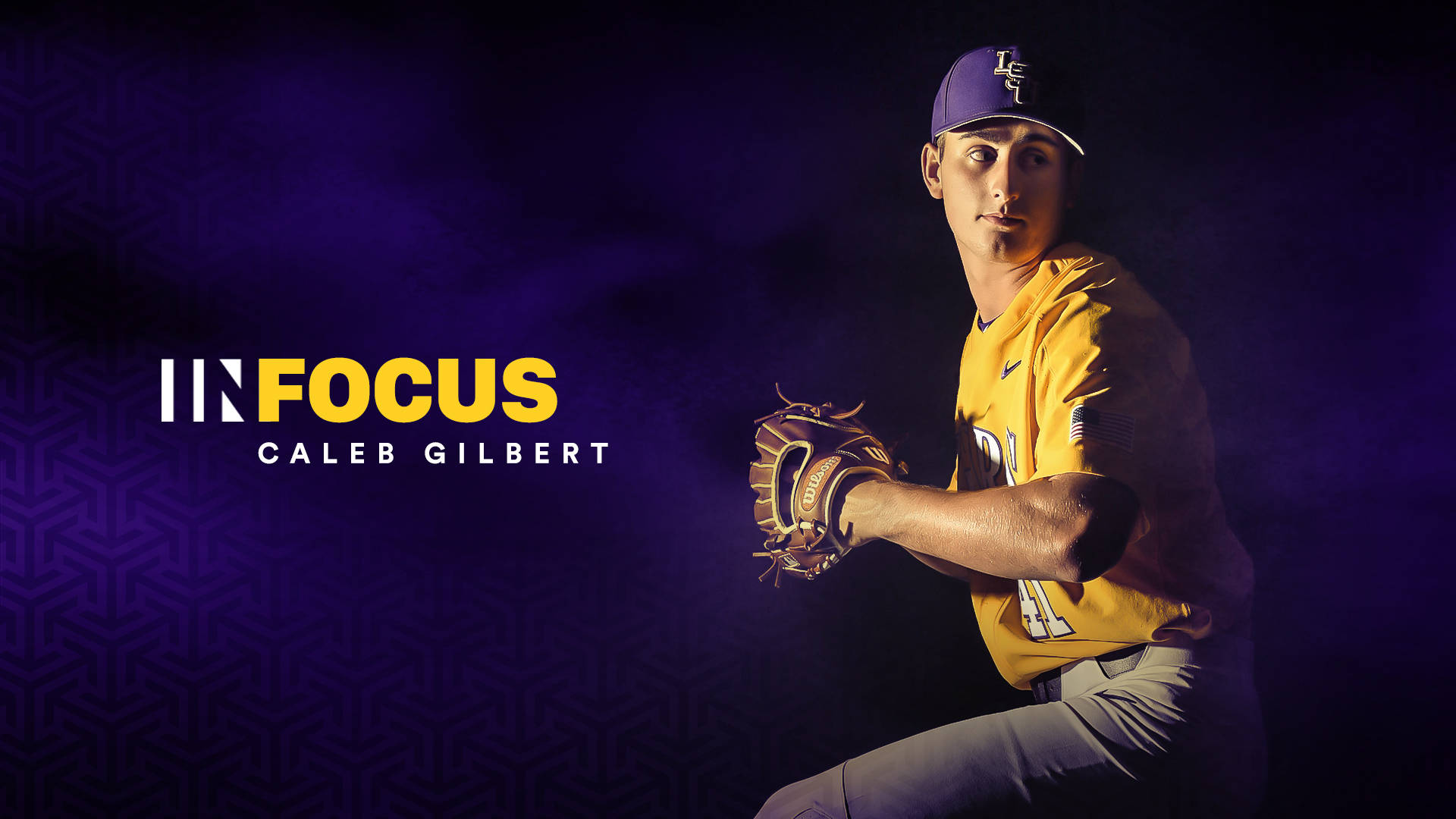 In one offseason, Caleb Gilbert went from being an emergency starter in Omaha to being the opening night starter for the Tigers.

LSU had two of its weekend starters from a year ago get drafted in the MLB, Alex Lange and Jared Poche’. The other weekend starter, Eric Walker, is the guy Gilbert had to replace as a starter for an elimination game in Omaha.

After Walker injured his throwing arm, Gilbert was thrust into making an unexpected start against Oregon State with a national championship appearance on the line.

That day, June 24 2017, Gilbert tried to keep his calm demeanor that had allowed him to be successful down the stretch during the Tigers’ run to the College World Series. Throughout the course of his final 12 appearances last season, he was 5-0 with a 0.84 ERA. In 32.2 innings he allowed only three earned runs.

When he took the ball against Oregon State, Gilbert knew what was at stake.

“I knew the stakes and what was on the line, but I really just wanted to simplify my game plan, get ahead, and I will use that same mindset going into this season,” said Gilbert.

A junior now, Gilbert plans to take what he learned in two seasons behind Lange and Poche’, among other LSU greats, and apply that to himself.

“The junior and senior leadership that I’ve had the past two years with guys like Alex Lange, Parker Bugg, Doug Norman, Jared Poche,” said Gilbert “Those are guys I could really lean on and pick their brains.”

Now, on a team with 17 new faces on a 32-man roster, Gilbert has stepped into more of a leadership role on the pitching staff.

“Having seen Alex and Jared and how they carried that role, he knows what’s expected. I think he welcomes that,” said LSU pitching coach Alan Dunn.

Despite being one of the more experienced guys on the staff, Gilbert made it clear that he is prepared to keep learning — whether it’s from guys older than him or younger than him –saying that everybody has something that you can take and apply to your game.

The civil engineering major who was named to the 2017 All-Academic Honor Roll has taken some of what he’s learned in the classroom and applied it on the mound, too.

“Engineers are problem solvers and have to adjust on the fly,” explained Gilbert. “That’s kind of what pitching is, too. You might not have your best stuff one day, but you have got to be able to make adjustments and be able to get outs even when you don’t have you’re ‘A’ game.”

As a pitcher, it is important to focus on the next pitch. A lot of times it is necessary to forget a bad pitch or wild walk in order to get out of a jam. Gilbert’s calm demeanor will allow him to do that.

After being in a relief role for the better part of last season, it would have been easy to get over-psyched to start an elimination game. Instead, he came out and threw 7.1 innings, allowing just one run and leading the Tigers to a 6-1 victory over Oregon State and a berth in the CWS Finals.

“That says a lot about Caleb, his determination to keep our team going and it was a phenomenal pitching performance,” said Dunn. “He’s a driven young man. He’s not going to have any shortcuts on any of it. He will give whatever it takes to get the job done in each role. That’s a sign of character.

“Whether you’re on the mountain top or in the valley, what you are is who you are. What’s inside of him, he’s driven to excel in all aspects of his life.”

He gets his character from his family. Gilbert, a native of Hoover, Ala., says that his whole family has attended LSU, and that’s what gives him his purple and gold blood. Aside from that, they instilled the values in him that give him the recipe for success on and off the field.

“Not just baseball, but they instilled all of the values that I am today,” said Gilbert. “I couldn’t be more thankful for what they have provided for me. I am really looking forward to them coming out to Alex Box on opening night to support me.”

Opening Night. How did Caleb Gilbert, the kid who wasn’t supposed to start any games in Omaha last season, get named the opening night starter for the 2018 season?

First of all, experience. In his first two years, Gilbert has taken on roles as a starter, long reliever and even closer. Dunn explained that Gilbert has been in the SEC long enough now to know what to expect, and that will give him the ability to achieve as a Friday night starter. Gilbert is just ready to go out there and put his best foot forward.

With (being the opening night starter), people say comes a lot of pressure, but I view it as an opportunity to help my team win,” said Gilbert. “That’s how I will look at it when I step on that mound.”