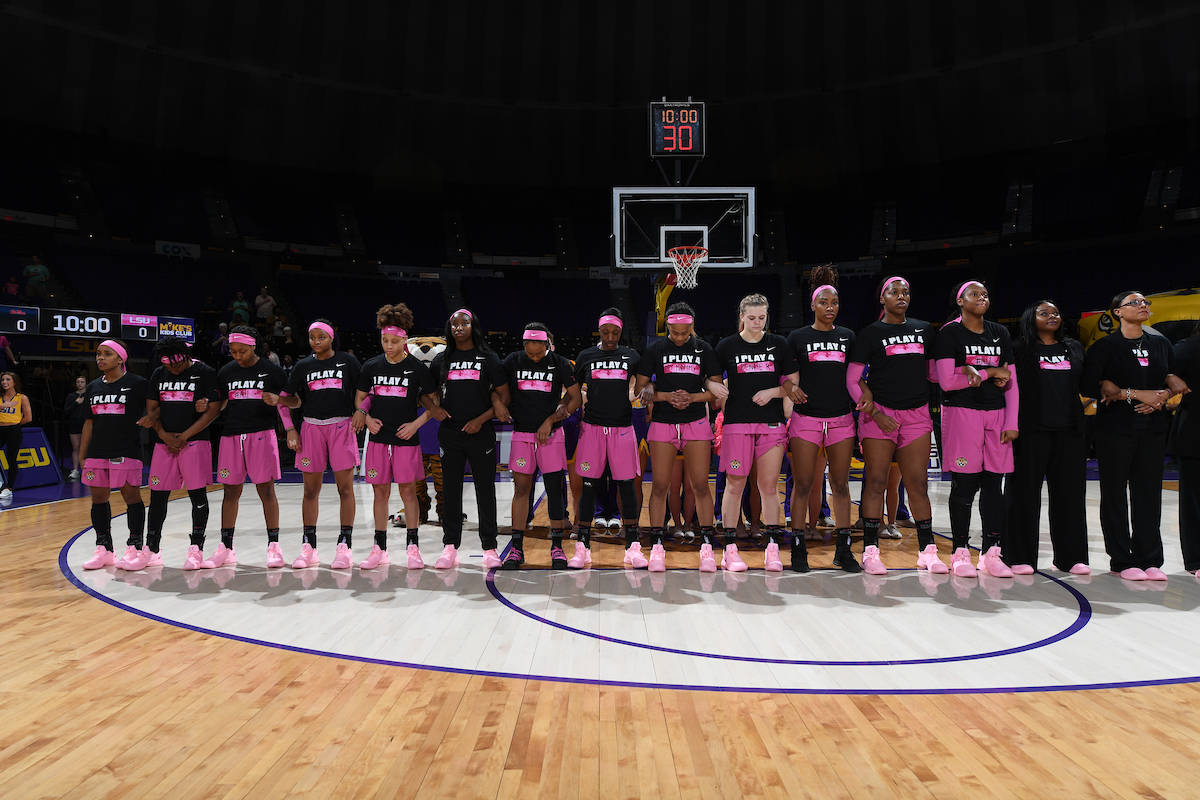 BATON ROUGE, La. – Senior Raigyne Louis took over the No. 10 spot on the LSU women’s basketball all-time scoring list as the Lady Tigers took down the Ole Miss Rebels 84-55 at the Pete Maravich Assembly Center Thursday.

Ayana Mitchell added 16 points and eight rebounds. Chloe Jackson added 16 points to go along with four assists, three rebounds and two steals, while Jaelyn Richard-Harris added 11 points on 3-for-4 shooting from beyond the arc.

After Ole Miss got off to a quick 7-2 start, LSU scored 10 unanswered points to take control of the game and didn’t surrender the lead for the rest of the night’s contest.

The Lady Tigers led 20-16 after the first quarter behind seven points from Mitchell and a couple of three-pointers from Richard-Harris.

LSU outscored Ole Miss 20-8 in the second quarter thanks to a 15-0 run by the Lady Tigers and a seven-minute scoring drought from Ole Miss, giving LSU the 40-24 halftime lead.

The Lady Tigers didn’t let up coming out of the break, pouring in 24 third-quarter points to increase their lead to 64-39. LSU led by as many as 33 in the fourth quarter as the starters exited the game early and the Lady Tigers picked up their ninth SEC victory of the season.

The Lady Tigers forced 21 Ole Miss turnovers and scored 20 points off of those turnovers while outrebounding the Rebels 34-31 and outscoring them 34-28 on points in the paint.

The Lady Tigers will return to action Sunday night in a showdown with the Arkansas Razorbacks at the Bud Walton Arena in Fayetteville, Arkansas at 2 p.m. CT.