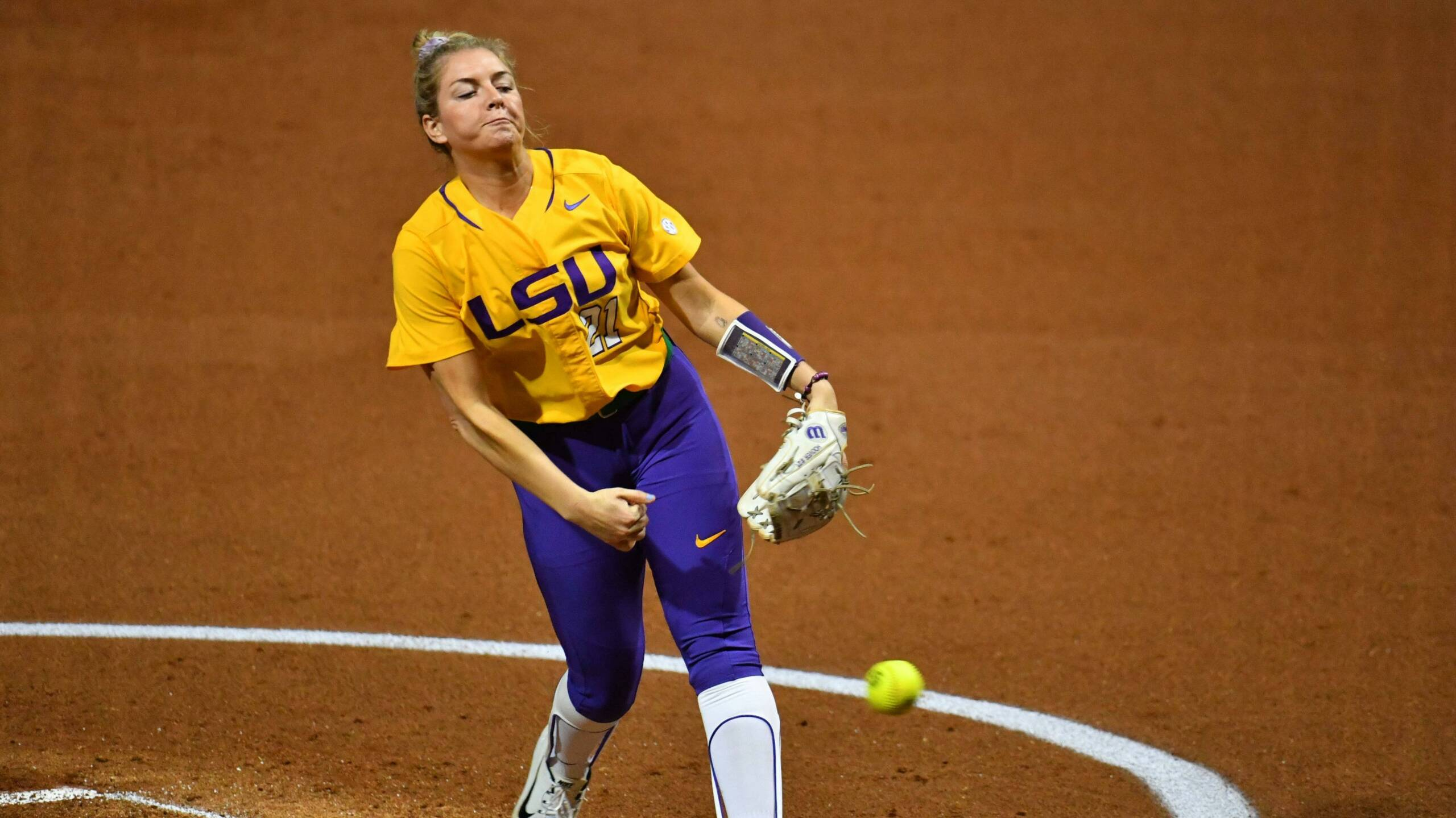 BATON ROUGE, La. – The seventh-ranked LSU softball team defeated the ULM Warhawks 10-0 in five innings on Tuesday night behind senior Carley Hoover‘s one-hit shutout to improve to 5-0 on the season.

The Tigers and Warhawks were all knotted up at zero after the first inning of play, but after Hoover struck out her sixth batter of the night to end the top of the second inning the Tigers’ bats came alive.

The Tigers explosive nine-run inning was strung together by four-straight singles with one out to give the Tigers a comfortable lead. They finished the inning with a total of seven hits and forced the Warhawks to use three pitchers.

LSU tacked on one more run in the third inning after Aliyah Andrews singled, stole second and scored on a passed ball.

Hoover ended the night with another dominant performance, pitching her second shutout of the season and fanning 11 batters, while only giving up one hit. She improves to 2-0 on the year.

Torina’s Thoughts
Opening statement…
“It was a good game to see. I thought they did exactly what we asked them to do. They hit the pitches they were supposed to hit. They got to see a lot of different looks from Monroe, and were able to be successful with all of them, which was nice to see.”

On starting the season strong…
“We always have room to improve. We’ve always got things that we need to do better. I think we have to continue, especially the middle of our lineup driving hits with some power and getting some RBIs. We’re making things happen, and I still think they’re capable of more than this.”

On how she feels about Carley Hoover‘s 11-strikeout game…
“She looks very strong. She’s thrown as well as I’ve ever seen her right now. Why not? It’s her senior year – let’s go for it. She’s in shape, she’s healthy and she’s worked hard, so she deserves to have all kinds of success.”

Notes
>> It was the Tigers’ third game of the season with 10 or more hits in a game.

>> The shutout was the fourth on the season for the Tigers and second for Carley Hoover. Hoover has now fanned 23 batters in 12 innings of work this season.

>> The shutout was Hoover’s 15th shutout and 57th win in her career.

>> Amber Serrett has now had a hit in every game this season.

On Deck
The Tigers 11-game home stand continues over the weekend as they host the Purple & Gold Challenge February 16-18. The Tigers open up the tournament at 5 p.m. on Friday against Central Arkansas.