Hambrick Named SEC Gymnast of the Week for Third Time 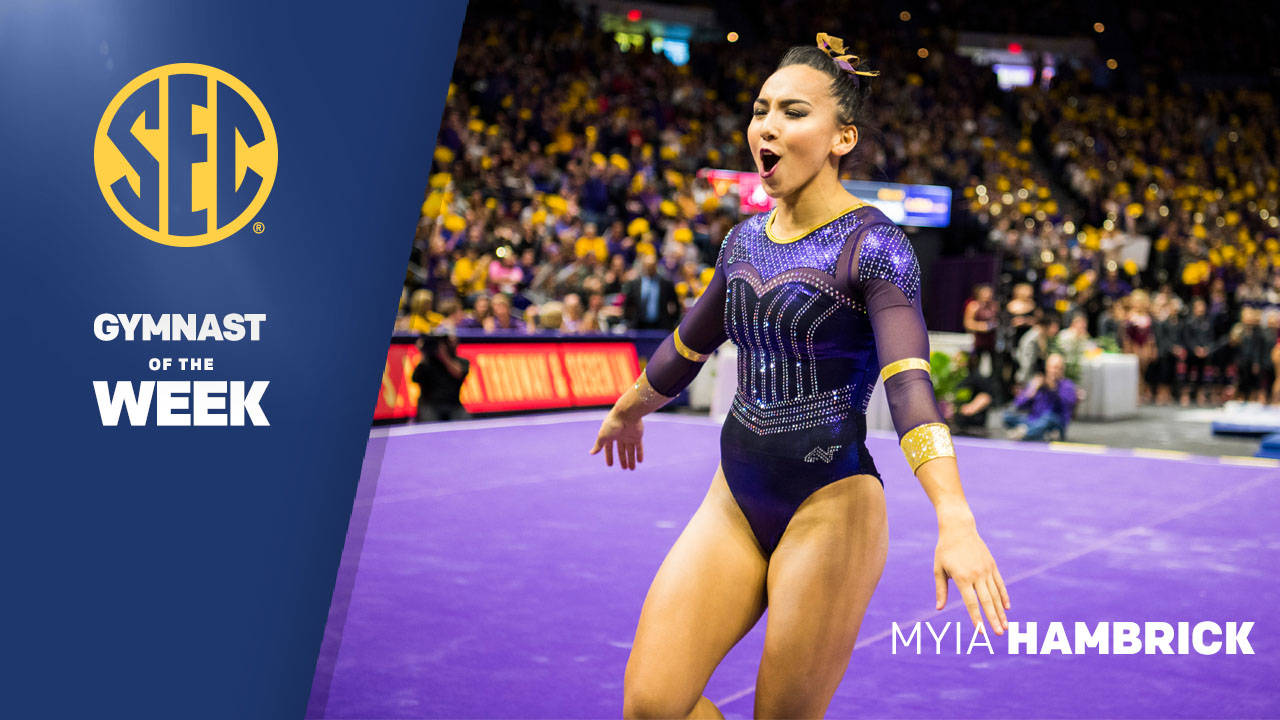 BATON ROUGE – For the third time this season, senior Myia Hambrick has been named the Southeastern Conference Gymnast of the Week, the league office announced Tuesday.

Overall, Hambrick is the top performer in the nation on floor with an average score of 9.963. The Temple, Georgia native also ranks sixth in the all-around, 12th on bars and 18th on beam. Hambrick is one of four gymnasts in the country to score a 9.90 on floor in five or more meets and the only gymnast to score a 9.95 or higher in every meet on the event.