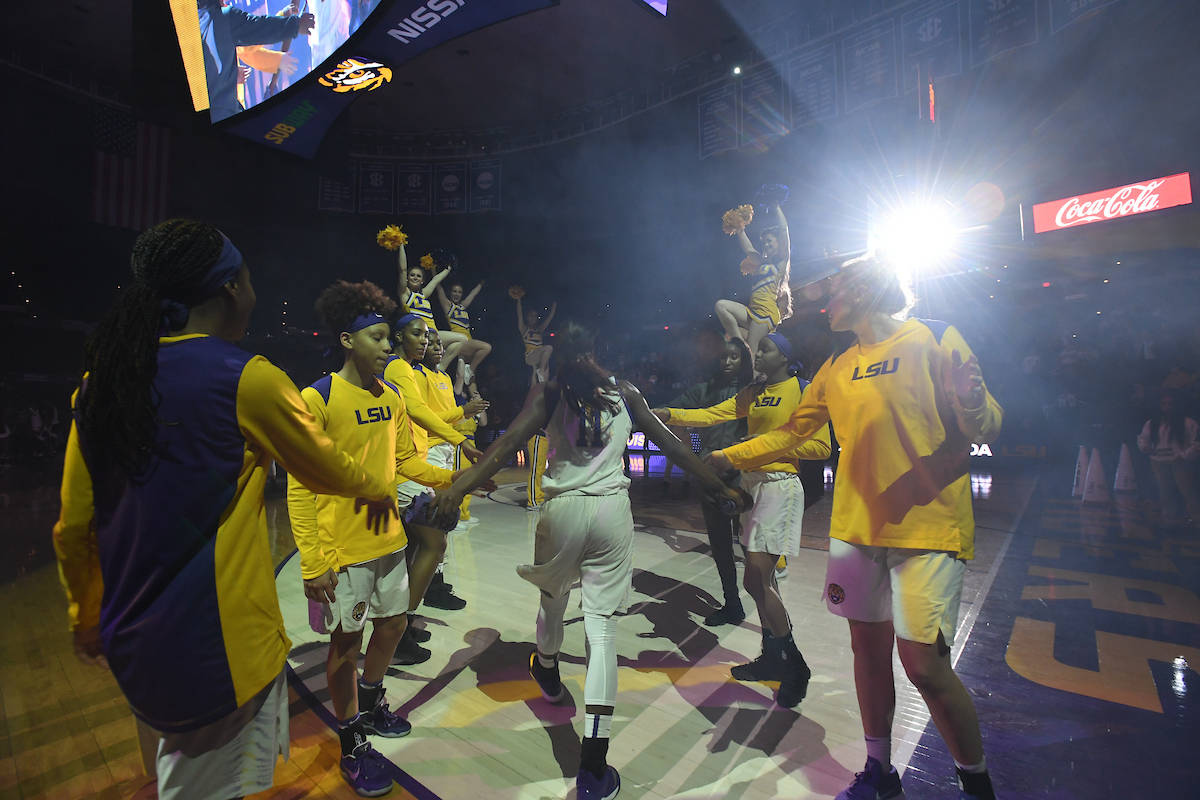 LSU relied heavily on its veterans in this game as Louis, Jackson and Ayana Mitchell each logged a full 40 minutes while Jaelyn Richard-Harris played in 26 minutes.

LSU led by as many as nine points in the first quarter, but the Aggies worked their way back into the game, tying the score at 27 apiece with 6:36 remaining in the second quarter. After four unanswered points from the Lady Tigers, Texas A&M closed the first half on a 8-3 run to give the Aggies a 35-34 lead heading into halftime.

Texas A&M opened the second half with seven unanswered points as LSU went scoreless from the field until Khayla Pointer hit a three-pointer with just over six minutes remaining in the third quarter. Pointer’s deep ball kicked off an eight-point scoring run for LSU that tied the game at 42 points apiece.

Pointer went on to add another three-pointer as the two sides traded baskets back and forth to close out the third quarter tied 52-52.

After a couple of lead changes to start the fourth quarter, the Lady Tigers were trailing by one point before they began to pour on the points as the Aggies could not find a way to stop LSU’s hot shooting. Louis, Jackson and Richard-Harris outscored the Aggies 16-7 over a six-minute stretch to give LSU its largest lead of the second half, a 72-64 advantage with just over two minutes remaining.

LSU’s final eight points of the game came from the free-throw line as Texas A&M fouled often in order to climb its way back into the game, but the Lady Tigers held on and closed the game out with a 80-78 victory.

The Lady Tigers protected the ball better than they have all season, committing a season-low five turnovers. LSU had an 18-4 advantage in points scored off of turnovers after forcing 12 miscues from the Aggies over the course of the game.

The Lady Tigers will return to action Thursday night with a matchup against Ole Miss at 7 p.m. CT at the Maravich Center.