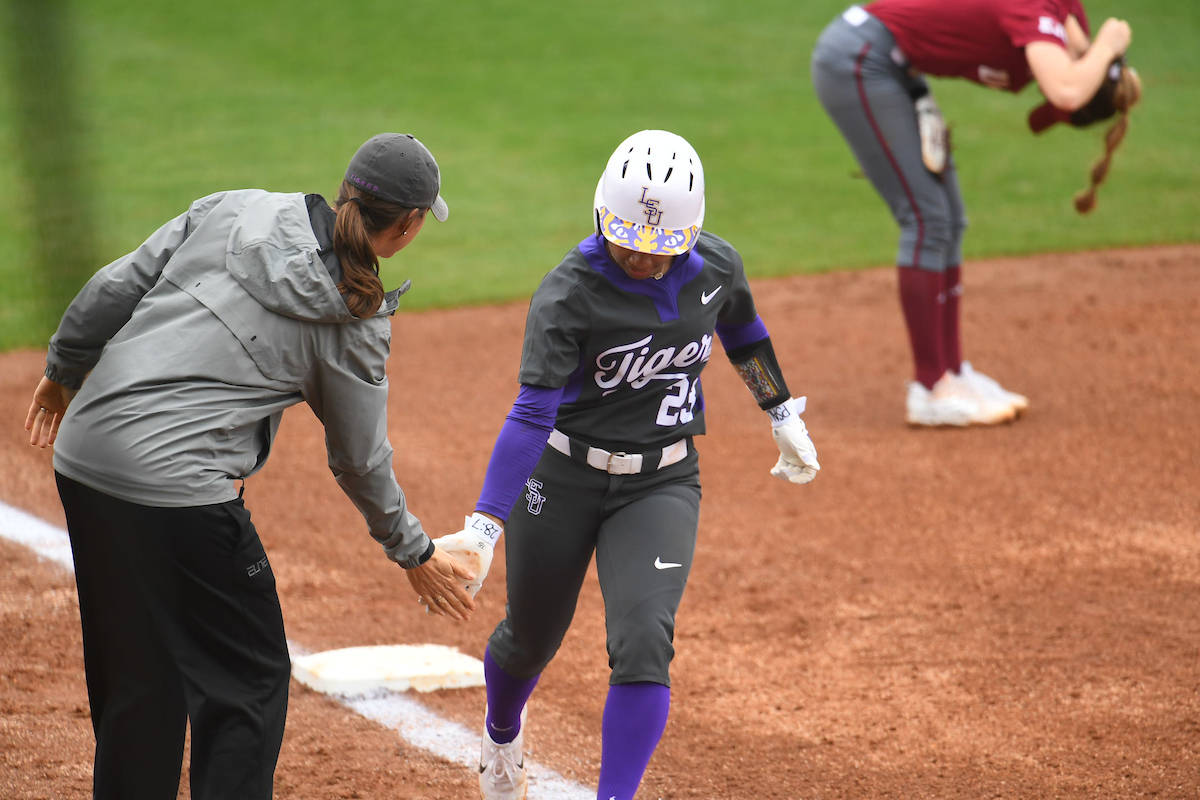 BATON ROUGE, La. – The eighth-ranked LSU softball team defeated UMass (1-3) 7-0 Sunday afternoon to close out this year’s Tiger Classic and improve to 4-0 on the season.

Despite being delayed by heavy rainfall to begin the game, LSU came out to play without missing a beat. With one out in the bottom of the first and Aliyah Andrews on first, Shemiah Sanchez launched a homerun over the left field fence to get the Tigers on the board. It was the third homerun of her career and the first on the season for LSU as a team.

Emily Griggs led off the third inning with a triple and scored on a hard-hit single through the right side by Andrews. Amanda Doyle then hit a soft ground ball that squeezed in between the first and second basemen which allowed Andrews, who had advanced to third, to score and give the Tigers a 3-0 lead after three.

With two outs in the bottom of the fifth inning, Becca Schulte singled and Sydney Springfield walked. The next batter, junior shortstop Amber Serrett, launched a ball over the left field fence to extend the Tigers’ lead to 7-0.

Torina’s Thoughts
Opening statement…
“I thought it was an end to a good weekend. We are understanding more and more what we are capable of. We played sloppy in some moments, and we still have some things we need to clean up, but overall it’s a good start, and it gives a good direction to move forward.”

On Allie Walljasper’s performance…
“It’s easy to root for that kid. She’s such a great person, and a great player and pitcher. You know she just goes out and is so consistent. She is one of the most consistent pitchers I have ever witnessed. Just being able to do that day-in-day out. She never gets herself so far in trouble that she can’t get herself out of it. It’s pretty amazing to see the consistency of Allie (Walljasper).”

On the offensive performance today…
“Our kids are getting more confident and more aggressive. They swung at more strikes today, which is always going to help you have more power, but it was nice to see that from them.”

>> Walljasper begins the season with a 14-inning scoreless streak and is now 2-0 after a complete-game shutout, her second in as many starts.

On Deck
The Tigers 11-game home stand continues Tuesday when LSU plays host to Louisiana-Monroe on Mardi Gras. First pitch is set for 6 p.m. The game will broadcast on the SECN+ and live stats will be available.