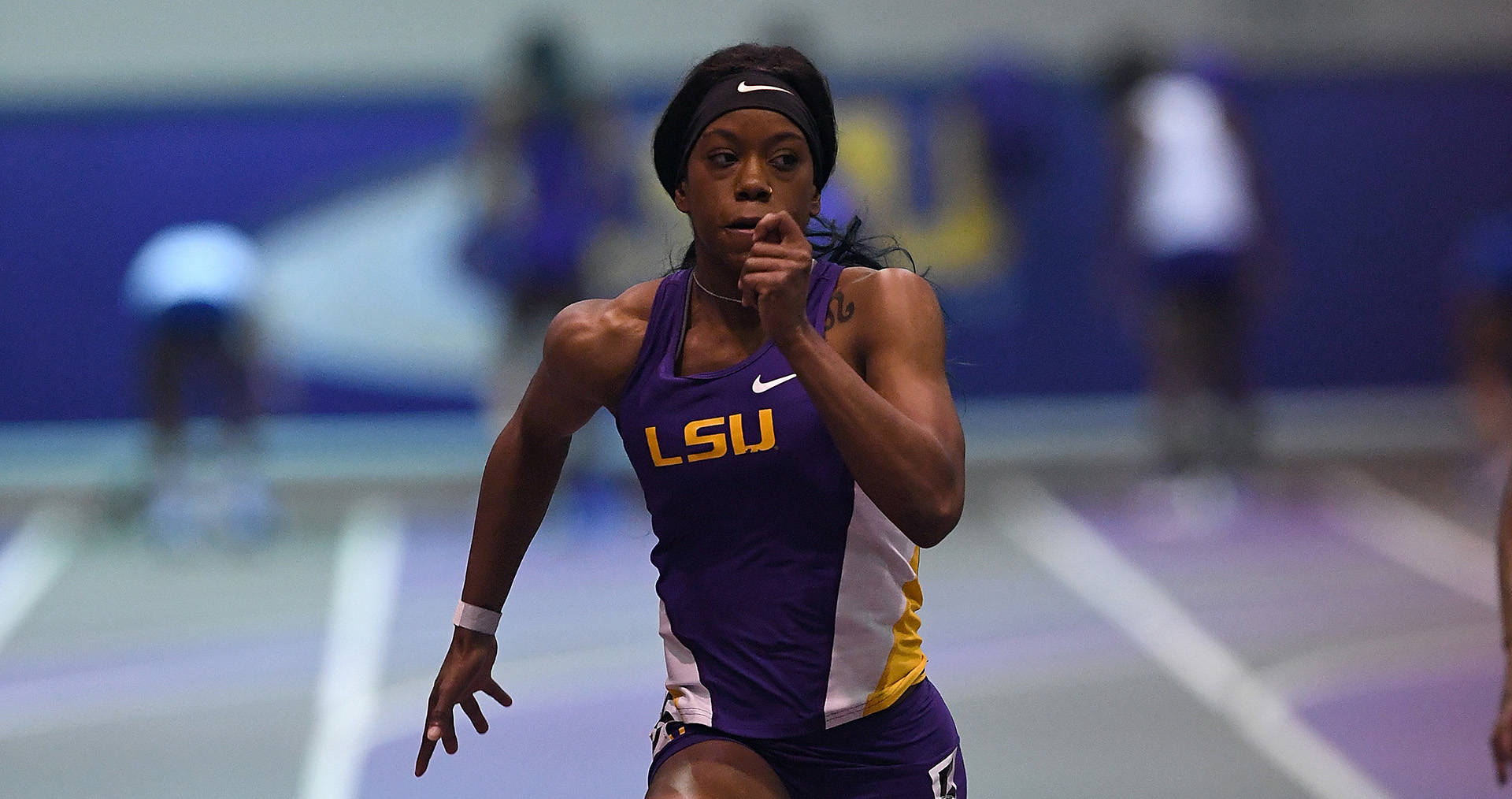 FAYETTEVILLE, Ark./AMES, Iowa – The LSU sprinters earned several personal records today, including a win in the women’s 200 meter dash by Kortnei Johnson at the Tyson Invitational in Fayetteville, Arkansas. Rookie Abby O’Donoghue also picked up a victory in the women’s high jump invitational.

Johnson led the pack with a new personal-best time of 23.14, while Mikiah Brisco posted a personal record of 23.25 for third place in the event. In earlier rounds of the 200 meter dash, Cassondra Hall set a new mark at 23.41 and Shayna Yon hit a best of 23.90.

On the men’s side, Correion Mosby ran the fastest 200 meter time for the Tigers in a personal-best of 20.91. Renard Howell and Damion Thomas also set personal records in the distance at 21.26 and 21.89, respectively.

O’Donoghue made her second attempt in consecutive weeks to pass her mother, the former Kelli Flynn, on the LSU all-time high jump list. Flynn set the fifth-best mark by a Lady Tiger of 5′ 11.50” in the 1991 season. O’Donoghue has the sixth-highest jump at LSU at 5′ 11.25”, but missed the height that would pass Flynn’s mark. O’Donoghue won the event in Fayetteville today with a leap of 5′ 10.75” (1.80m). Kaitlyn Walker finished third in the event with a height of 5′ 8.75” (1.75m), tying her personal-best.

JuVaughn Blake recorded the third-best height in LSU history in the men’s high jump with a mark of 7′ 3.25” (2.22m). The height also ranks eighth in the NCAA this season.

The women’s 4×400 meters relay teams ran times that both rank in the top 10 this season in the NCAA. The ‘A’ team of Rachel Misher, Zakiya Denoon, Milan Young and Kymber Payne hit an LSU season-best time of 3:33.45, while the ‘B’ squad of Jurnee Woodward, Cassondra Hall, Brittley Humphrey and Oksana Lawrence ran a 3:35.00.

LSU hosts the LSU Twilight on Friday, Feb. 16 at the Carl Maddox Field House in the last weekend of competition before the SEC Championships, Feb. 24-25, in College Station, Texas. The distance medley relay team is scheduled to participate in the Alex Wilson Invitational on Saturday, Feb. 17 in South Bend, Indiana.