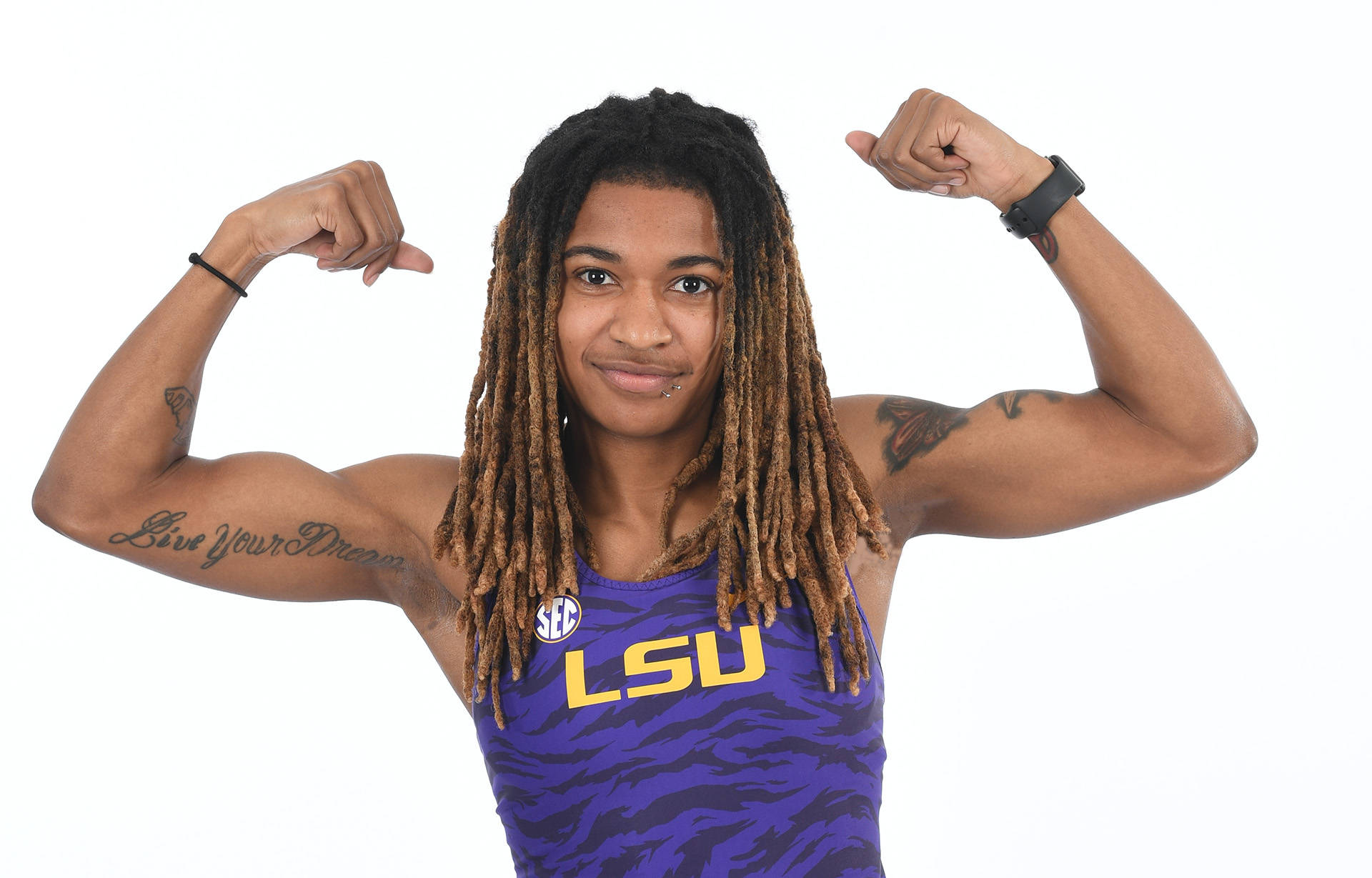 FAYETTEVILLE, Ark./AMES, Iowa – LSU senior Aleia Hobbs ran the fifth-fastest time in the world this season to win the women’s 60 meter dash on Day One of the Tyson Invitational in Fayetteville. Hobbs led the field with a personal record of 7.12 seconds in the preliminary round and matched the mark in the finals. The mark is also tied for seventh all-time in the NCAA.

The women’s 60 meters finals race was full of Purple & Gold with half the field wearing LSU across their chest. While Hobbs took the win, Kortnei Johnson finished second in 7.19 seconds. Cassondra Hall and Zakiya Denoon each set or tied a personal record in the finals as Hall took fourth place in 7.23 and Denoon tied her mark of 7.31. Denoon set her personal-best earlier in the day with a 7.31 in the preliminary round. Shayna Yon was the fifth Lady Tiger in the women’s 60m overall field and set a personal record of 7.41 in the qualifying and preliminary rounds.

Tonea Marshall added to the women’s win total with a victory in the women’s 60 meter hurdles. Marshall posted the fifth-best time of the season in the NCAA with a winning time of 8.04 seconds. Brittley Humphrey also qualified for the finals, finishing sixth in 8.17 seconds. In earlier rounds, Milan Young posted a personal-best of 8.29 seconds.

On the men’s side, Damion Thomas won the men’s 60 meter hurdles race with a time of 7.76 seconds. That mark is tied for ninth in the NCAA this season and just .01 off of his season-best of 7.75 that ranks seventh this year. Arthur Price posted a personal-best in the event in the qualifying round with 8.04 seconds.

The distance runners are competing at the Iowa State Classic this weekend. Dajour Braxton was the lone Tiger competitor on the day, running his first 5,000 meter race in a time of 14:45.48.

LSU continues with Day Two action at the Tyson Invitational and the Iowa State Classic. Competition begins with Lady Tigers Abby O’Donoghue, Kaitlyn Walker and Briana Kelly in the high jump at Noon CT in Fayetteville. Erica Lewis and Hollie Parker get things started in Ames at 12:25 p.m. with the women’s mile run.