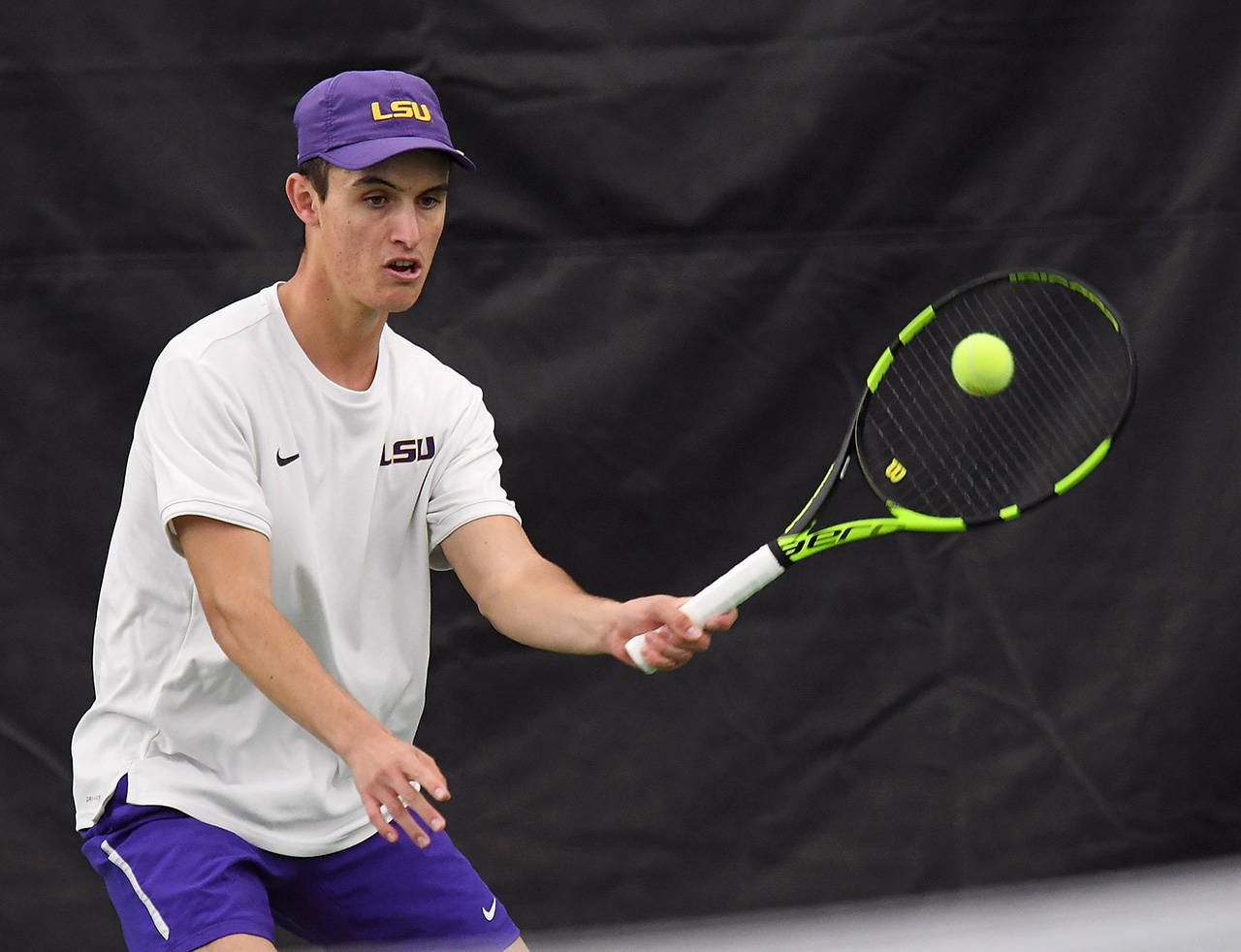 BATON ROUGE— The LSU men’s tennis team defeated the North Florida Ospreys by a score of 6-1 at the LSU Tennis Complex Friday.

With the win, LSU improves to 6-3 on the season while North Florida falls to 3-5.

“We’ve had a few tough ones and the guys did a great job staying the course. We finally had a match where more than one or two guys played well at the same time. This team beat us 5-2 last year, so this was one we wanted to play again. A few lucky breaks went out way tonight and we capitalized on those opportunities. We still have a long way to go as a program and where we want to be. Hopefully this sort of match will give us confidence down the stretch.”

LSU took early 3-1 leads across all three courts, but their North Florida opponents made the Tigers earn the doubles point with a strong effort. Stewart Block and Shane Monroe were the first to take down their opponents with a 7-5 win on court three before Julian Saborio and Gabor Csonka clinched the doubles point with a 7-6(2) tiebreak win on court one.

Singles Results Nikola Samardzic raced through singles play on court five, defeating Joe Ellis 6-2, 6-0 to put the Tigers up 2-0 before Csonka fell to Lasse Muscheites on court two to narrow LSU’s lead to 2-1. Rafael Wagner was the next one off the courts for the Tigers, taking care of Sahil Deshmukh 6-4, 6-3 to give LSU a 3-1 advantage. After falling in the first set 6-4, Saborio fought back against UNF’s leading match-winner Till Von Winning to take the next two sets, 6-4, 6-0, to clinch the match for LSU. Singles play would resume as Agie Moreno put a fifth point on the board with a 6-4, 6-4 win over Nilo Duarte on court six. Monroe picked up the sixth and final point of the night for LSU with a tough three-set win on court one.

LSU returns to action in Baton Rouge Friday, February 23 with a match against Nicholls at 2 p.m. CT at the LSU Tennis Complex.