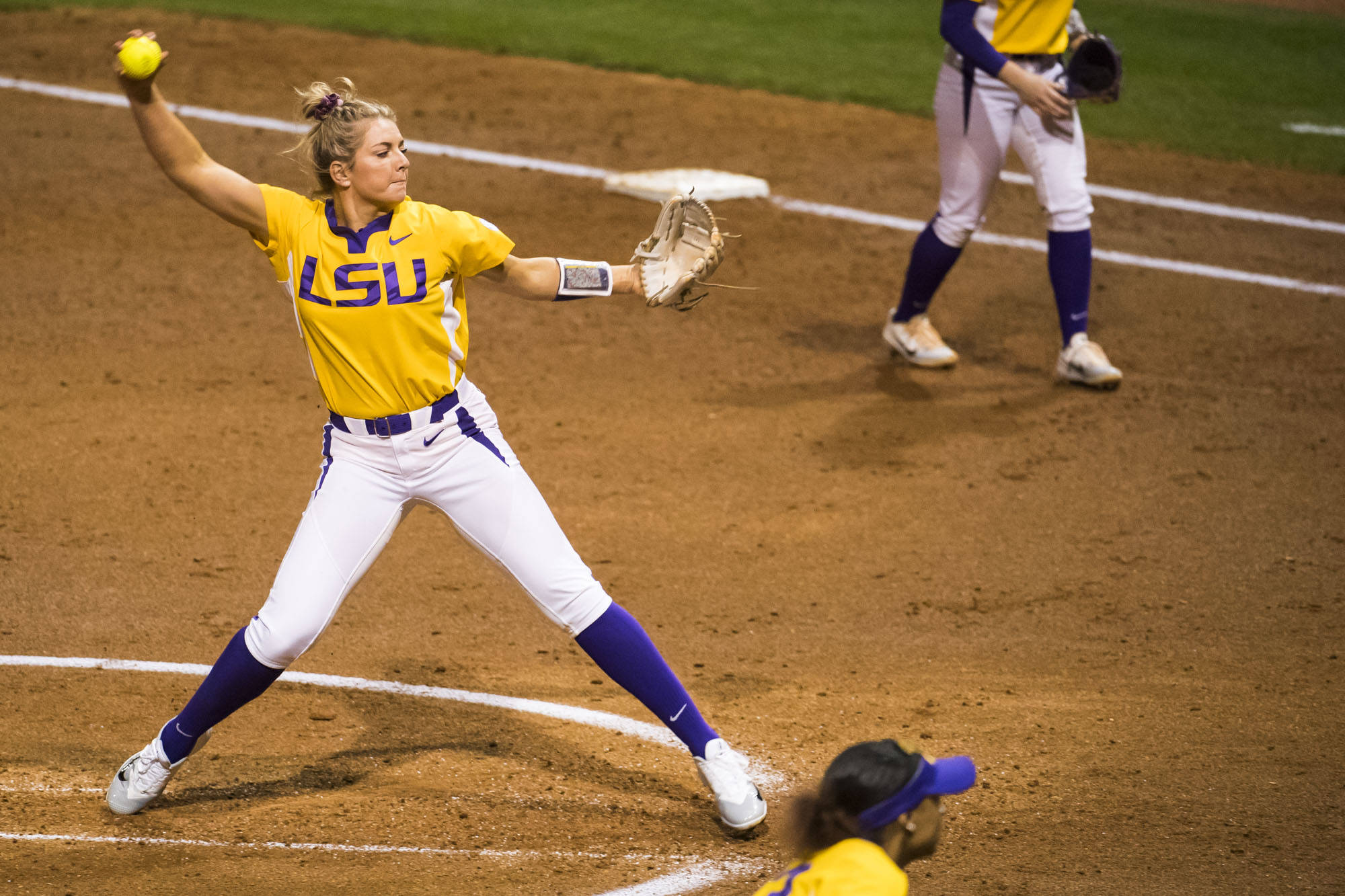 BATON ROUGE, La. – The eighth-ranked LSU softball team opened the 2018 season with a 3-0 victory over Illinois-Chicago on Thursday evening at Tiger Park. The Tigers start off the 2018 season 1-0.

The Tigers relied on a dominant opening-day performance by Senior Carley Hoover as she finished with 12 strikeouts, only giving up two hits to earn her first victory of the 2018 season. She did not allow a run for a complete-game shutout, her 14th in her career.

The game was scoreless through the first four innings before the Tigers took a 1-0 lead off a Taryn Antoine single to right field, driving in junior Becca Schulte.

LSU added two more runs in the sixth inning after an RBI-ground out by sophomore Amanda Doyle and a double to left center by junior Shemiah Sanchez, giving the Tigers a 3-0 edge.

Hoover finished off the game in the seventh by striking out three of four batters faced.

>> Aliyah Andrews, Michaela Schlattman and Becca Schulte all scored a run for the Tigers.

>> The Tigers finished the game with a total of four hits.

Torina’s Thoughts
Opening statement…
“I think there were a lot of nerves. They played very tight. I’d like to see them a little looser, a little bit bigger as we continue through the weekend.I think they just wanted to find out what they’re all about. They played a little tighter than we liked to have seen, but it was fun. It was great to see Carley compete the way she did. Ultimately, it’s a win and we’ll learn from it.”

On Deck
The Tigers will play host to the Tiger Classic Friday and Saturday. They will open the tournament with UT Arlington Friday evening at 5 p.m. in Tiger Park. For more information on the 2018 Tiger Classic and a full schedule, click here.