No. 3 Gymnastics Travels to Take on No. 24 Missouri 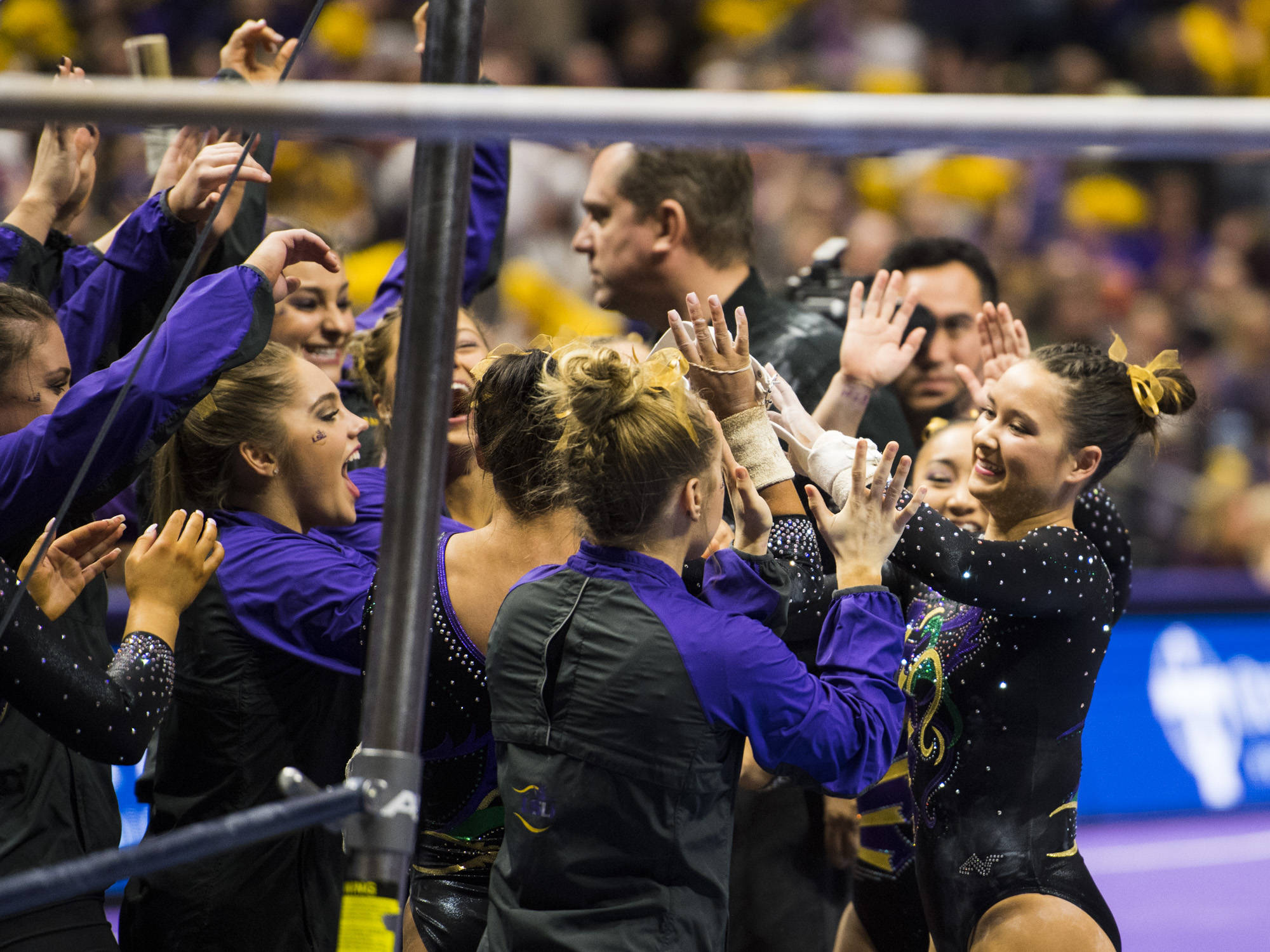 The meet will be televised on the SEC Network in the second slot of “Friday Night Heights”. John Roethlisberger (play-by-play), Bridget Sloan (analyst) and Lauren Siler (reporter) will be on the call for the Network.

This will mark the first of four trips to the state of Missouri this season and the first trip to Columbia since 2013. LSU will travel to St. Louis next weekend for the GymQuarters Mardi Gras Invitation. The squad will also compete in St. Louis March 24 for the SEC Championship meet and once again April 20-21 for NCAA Championships.

“This is the first time anyone on our team has been to this venue and competed at Missouri,” head coach D-D Breaux said. “We want to go in there and have a consistent performance. Consistency wins, and we have not had a consistent meet yet. We are going to go in that arena and fight tomorrow night and get better.”

Tigers Earn Third Top-10 Win of 2018 Against Kentucky
The Tigers took down No. 6 Kentucky last Friday inside of a sellout crowd in the Maravich Center. LSU moved to 31-0 over the last five seasons in the PMAC and extended its streak of meets with a 197 or better to 28.

Tigers in the Rankings
LSU is ranked second on bars, third on both floor and beam, and fourth on vault. Hambrick is the top performer in the nation on floor with an average score of 9.960. Hambrick has won every floor title this season and has posted scores of 9.975 the last two weeks to tie her career high.

Hambrick Earns Conference Honor
For her outstanding all-around performance on Friday night, Hambrick was named the Southeastern Conference Gymnast of the Week for the second time this season. An LSU gymnast has earned the honor in four of the five weeks of competition in 2018. Sami Durante was also named the SEC Freshman of the Week in week three of the season.

Series Record Between LSU and Missouri
LSU is 35-6 overall against Missouri. The Tigers are 14-4 in road meet against Mizzou. The last time LSU traveled to Columbia to take on Missouri was in 2013. In that 2013 meeting, Lloimnicia Hall scored a perfect 10.0 on floor to lead LSU to a 197.275-194.575 win over Missouri. In the series history, this marks just the second time LSU has faced Missouri on the road in a two-team meet. Until Missouri entered the league, LSU competed in multiple tri and quad meets in Columbia

Freshmen Finding Roles
So far in 2018, freshmen Reagan Campbell, Christina Desiderio, Durante and Sarah Edwards have made a major impact on the team. All four are expected to make at least one lineup at Missouri with Edwards expected on vault and floor and Desiderio on beam and floor. Durante has been the leadoff performer on the bars lineup, which has posted two of the highest scores in school history. Campbell is an important part of the beam lineup in the fifth spot.

One of the most surprising performers though is Edwards who owns an outstanding Yurchenko 1 ½ and will perform in the first spot of floor. Desiderio scored a career high 9.90 last week on beam and will be counted on for floor for the last half of the season.