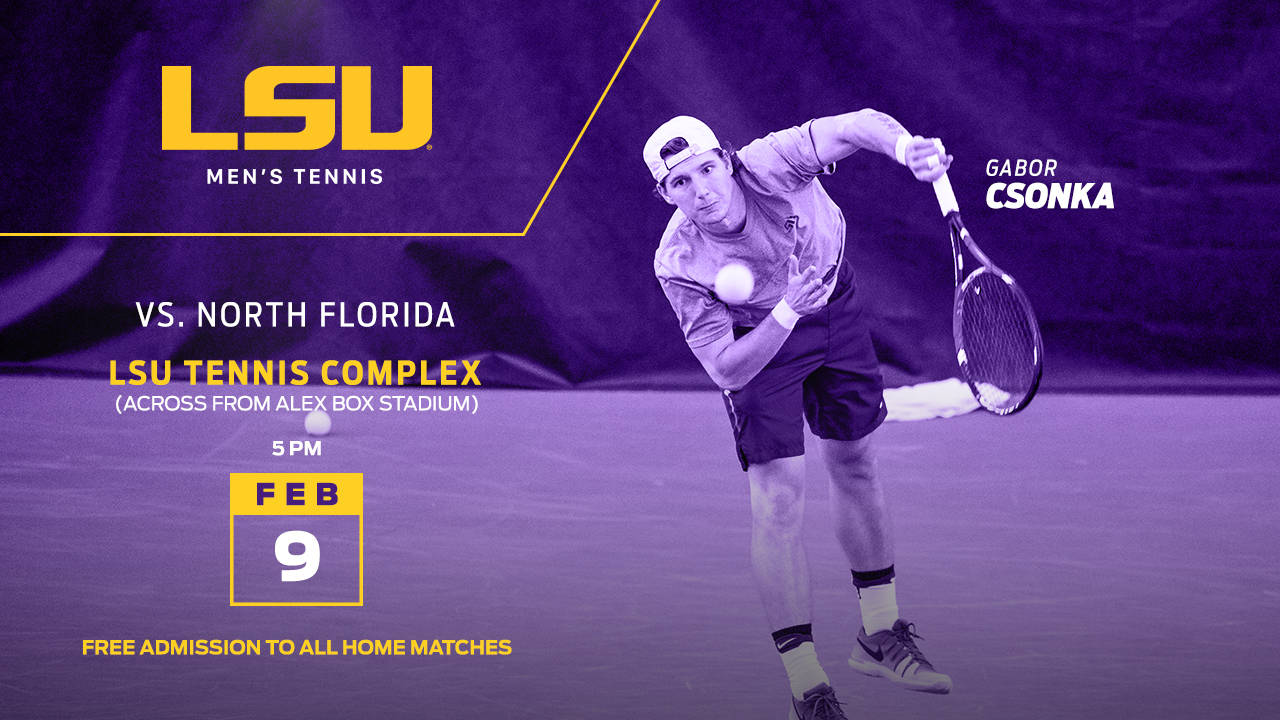 Fans can follow the match on Twitter @LSUtennis. Live stats are available at LSUstats.com, and weather-permitting, live video of the match can be seen online at LSUsports.net/tennisvideo.

“North Florida is another great opportunity for us early in the season,” co-head coach Chris Brandi said. “The guys put in some good work this week, and we are all excited to play at home against a very good UNF team.”

LSU has the 2-1 advantage against the North Florida Ospreys. The teams last met in 2017 at the LSU Tennis Complex where North Florida took its first win in the series, 5-2. Current sophomore Agie Moreno earned a straight-set, 6-2, 6-0 win on court six.

LSU is coming off of a hard-fought match at Rice, where the Tigers fell to 5-3 on the season.

Gabor Csonka and Rafael Wagner lead the Tigers with 10 wins each on the singles courts, and Csonka has a team-best 6-2 record on the dual season.

Notes on the Ospreys

North Florida is 3-4 on the year and is coming off of a 6-1 loss at Central Florida. The lone point for the Ospreys was a court four win by Till Von Winning. Prior to competing against UCF, North Florida defeated Troy, 6-1.

Winning has a team-best 8-7 singles record on the year and holds a 2-1 record on court four in the dual season.

Nilo Duarte and Jefta Kecic combine to compete on court one for the Osprey, and the pair has a 3-3 record in doubles play.