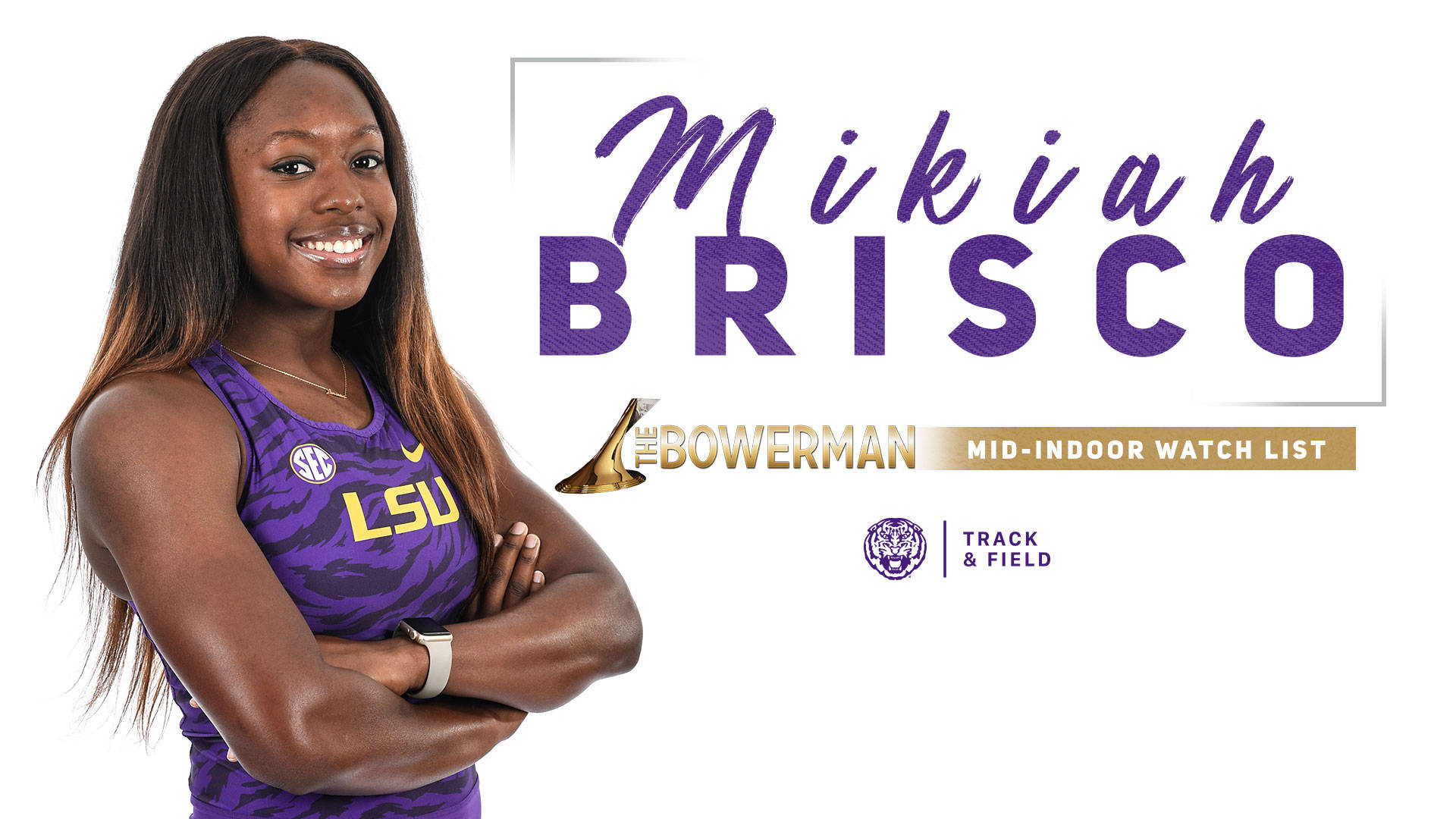 NEW ORLEANS – LSU senior sprinter Mikiah Brisco has been named to The Bowerman 2018 Women’s Mid-Indoor Watch List today. Brisco is one of six student-athletes to advance from the preseason watch list distributed by the USTFCCCA in January to the mid-indoor season list.

The Baton Rouge native continues to writer her legacy as one of the most prolific sprinters in LSU track & field history. Brisco recorded the second-fastest time in NCAA history in the women’s 60 meter dash on Feb. 3 in Albuquerque, New Mexico. She won the race in a time of 7.08 at altitude, just .01 off the top mark.

Brisco has been swapping the top spot on this season’s national ranking in the 60 meters with teammate Aleia Hobbs, taking possession again after the race in New Mexico. Brisco, Hobbs and Kortnei Johnson currently hold the top three spots in the nation and the top six fastest times in the country this year.

Brisco also is ranked No. 8 in the nation in the 60 meter hurdles with a season-best time of 8.14.

This is the seventh season that LSU has had a student-athlete considered for The Bowerman. Kimberlyn Duncan won the trophy in 2012 and was a finalist in 2011. She was also a semifinalist in 2013. Other LSU notables were semifinalists Walter Henning (2010) and Vernon Norwood (2015). Henning also was on the 2011 men’s watch list, while Semoy Hackett was named to the list in 2011 and Nethaneel Mitchell-Blake in 2016.

The Bowerman Watch List will be updated throughout the 2018 NCAA indoor and outdoor track & field seasons with the semifinalists set for announcement on June 13. For more information on The Bowerman Award, visit ustfccca.org.