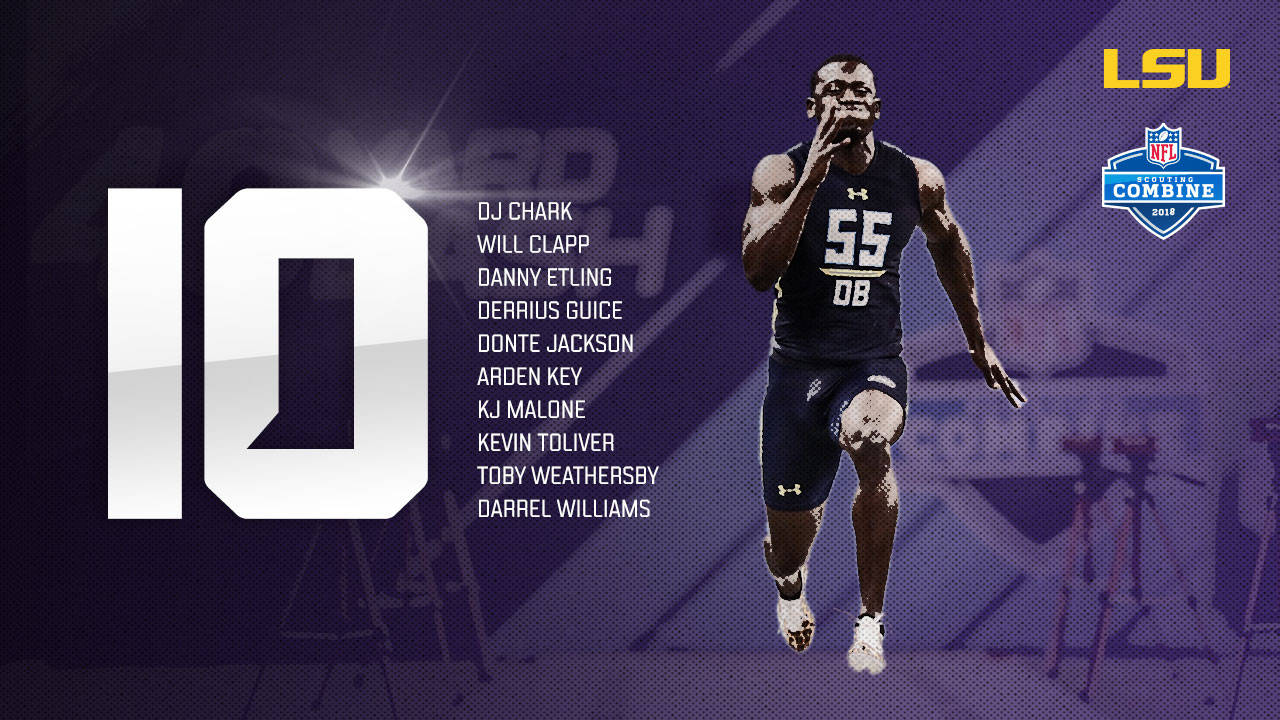 BATON ROUGE – Ten LSU football players have been invited to take part in the NFL Combine, which begins later this month at Lucas Oil Stadium in Indianapolis.

LSU is tied with Georgia for the second-most in the Southeastern Conference and third in the nation. Alabama and Ohio State lead the nation in combine invitees with 14 and 11. LSU is one of seven schools to send eight or more participants to the combine.

The NFL Combine, which features hundreds of college football players trying to improve their NFL stock, starts on February 27 and runs through March 5. Each position group goes through testing, which includes everything from interviews with NFL franchises, to on-field drills, and on-field workouts.

The NFL Draft takes place on April 26-28 at AT&T Stadium in Arlington, Texas.