Brisco SEC Runner of the Week With Record Performance 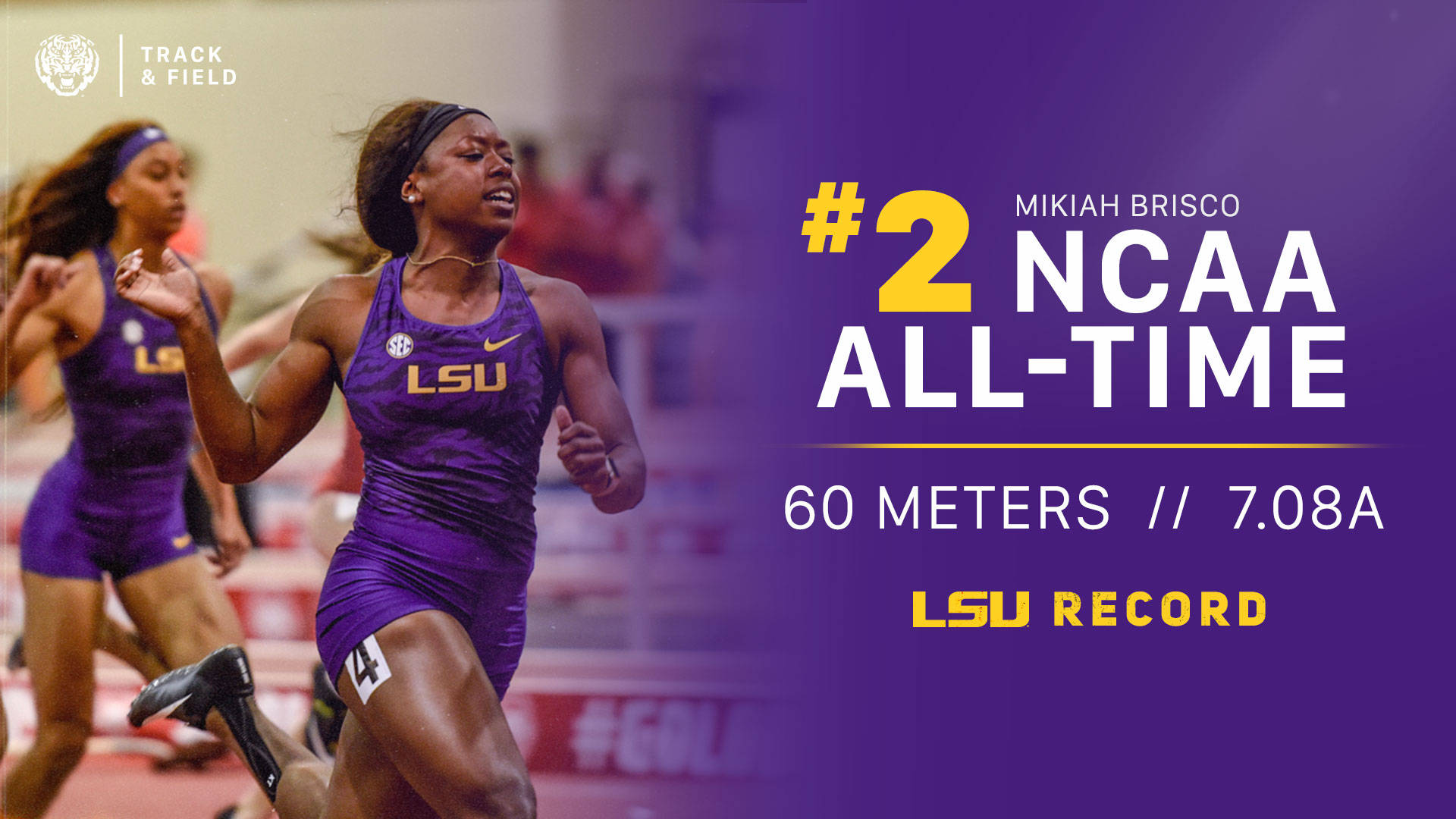 BATON ROUGE, La. – LSU senior and Baton Rouge native Mikiah Brisco was awarded the SEC Women’s Runner of the Week award for the second time this season as announced on Tuesday afternoon by the league office.

The eight-time All-American blew by the other finalists, running a remarkable 7.08 seconds at altitude, to win the 60 meter dash at the New Mexico Collegiate Classic on Saturday, Feb. 3. The time ranks No. 2 all-time in NCAA history and is currently the No. 1 time in the nation this season in the event. Her time also set an LSU record, topping Kelly-Ann Baptiste’s mark of 7.13 set almost a decade ago on March 2, 2008.

Brisco and teammates Aleia Hobbs and Kortnei Johnson have been holding down the top three spots in the nation in the 60 meter dash this season. The trio has posted the top six fastest finishes in the country over the past four weeks of competition. Hobbs is currently second at 7.14, followed by Johnson at 7.18.

Brisco also placed third in the 200 meter dash on Friday in Albuquerque with a time of 23.34 at altitude.