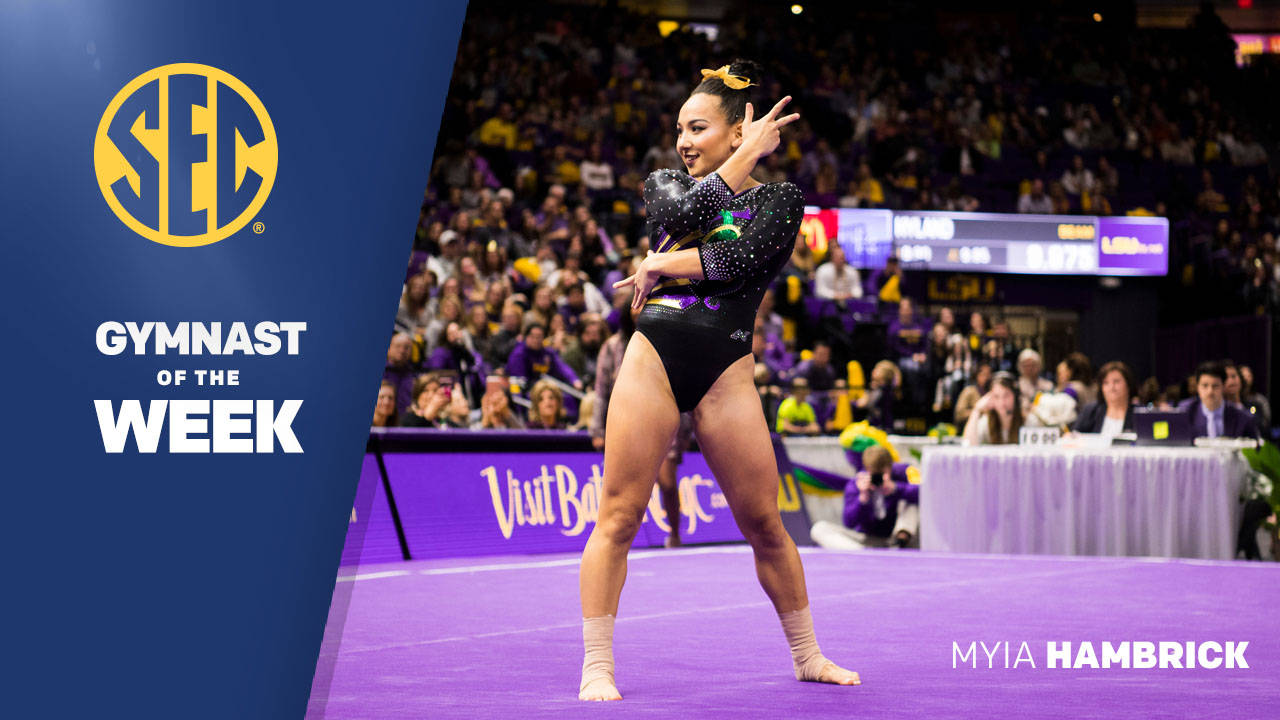 This marks the second time this season Hambrick has earned the honor. She was also named the top gymnast in the league following the Tigers’ win at No. 7 Florida in the second week of the season.

On Friday night against No. 6 Kentucky, Hambrick won the all-around, beam and floor titles to lead LSU to the win. Hambrick posted a career-high score of 39.700 in the all-around and capped off the night with a 9.975 on floor to tie her career high.

Overall, Hambrick ranks No. 1 in the nation on floor with an average score of 9.960. The Temple, Georgia, native has won all five floor titles this season with a 9.95 or better in every performance. Hambrick is the only gymnast in the country to score a 9.95 or higher on the event in at least four meets.

Hambrick ranks seventh in the nation in the all-around and is second in the SEC behind teammate Sarah Finnegan. Her score of 39.700 is the best by a gymnast in the conference for 2018.

The third-ranked Tigers will travel to take on Missouri at 7:30 p.m. CT Friday. The meet will be televised live on the SEC Network.