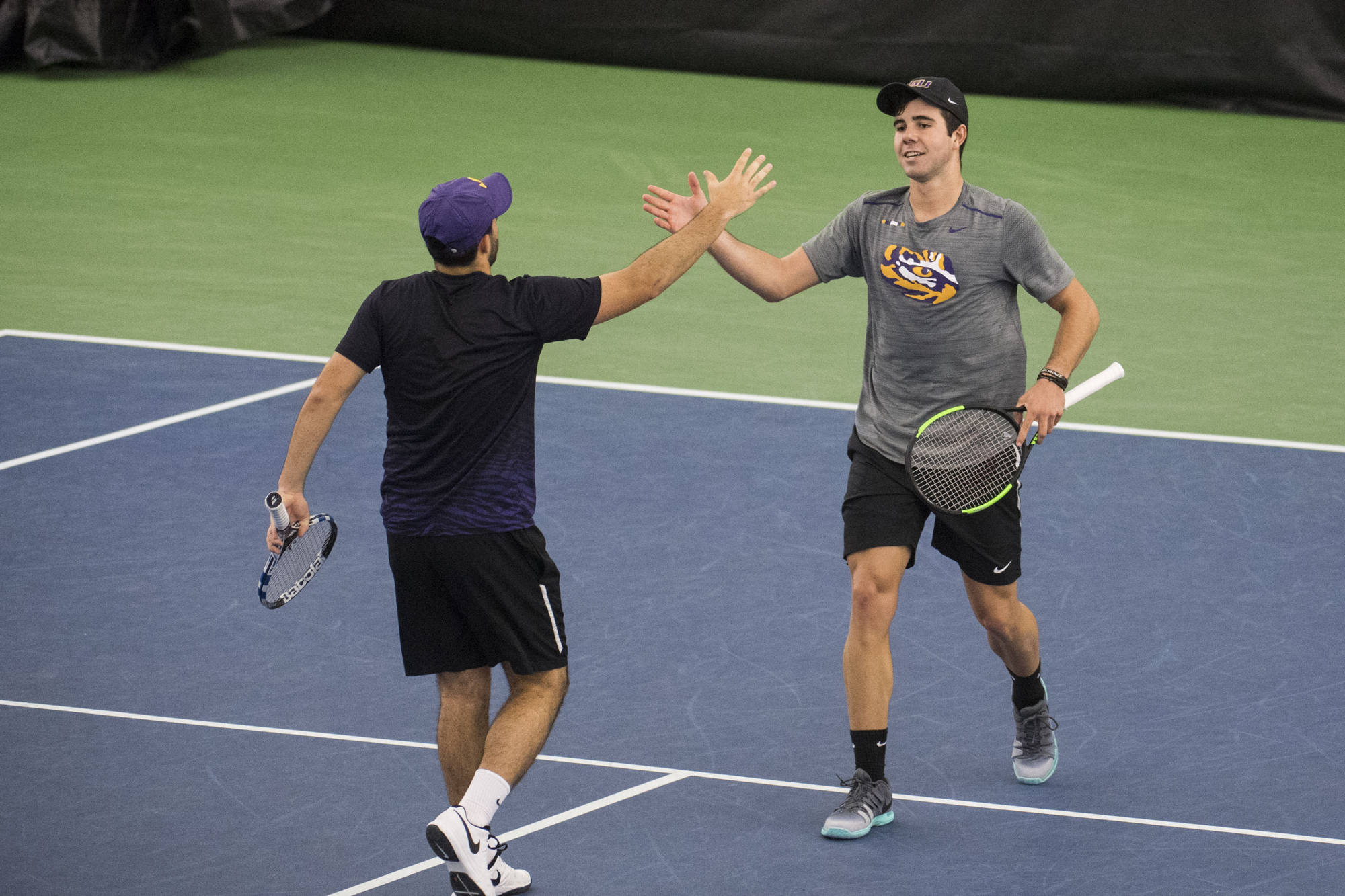 HOUSTON— The LSU men’s tennis team jumped out to the 3-0 lead but was unable to hold on as Rice stormed back to take four-straight singles wins, and the Tigers fell, 4-3, Sunday afternoon at the George R. Brown Tennis Center.

“We finally came out with more energy in doubles than our opponents, which was something we haven’t done all season,” co-head coach Chris Brandi said. “Unfortunately, we came out flat in the singles to start. Maybe they thought they would just roll over, and Rice grabbed leads on most of the courts. As coaches, we have to do a better job preparing the guys for situations like that. After the first sets, all of the guys competed their tails off, but we dug too large of a hole. Rice had a very enthusiastic crowd, and their players fed off of that energy down the stretch. It’s time for us to make a few changes in practice and get ready for North Florida next week.”

Moreno continued with momentum from doubles play as he jumped ahead of Jared Aiman, 6-0, 6-1, on court six to give LSU the 2-0 lead.

On court three, Wagner bounced back from a deficit in the first set, forced a tiebreaker and won it, 7-6(1). After dominating the tiebreaker, the sophomore quickly took the 6-2 win in the second set as LSU gained the 3-0 advantage.

Rice tied the match at 3-3 on court one. After falling behind early in the first set, 6-3, Monroe took the second, 6-3. However, the junior was unable to break a 2-2 tie in set three and eventually dropped his match against Rutledge, 6-3.

Sumit Sarkar defeated Gabor Csonka in set one, 6-3, but the Tigers’ senior fought in set two to force the competiton into a third set with a gritty, 7-6(4) win. Sarkar took the third set, 6-3, on court two as the Owls clinched the match.

LSU returns to action in Baton Rouge, Friday, February 9, with a match against North Florida at 5 p.m. CT at the LSU Tennis Complex.