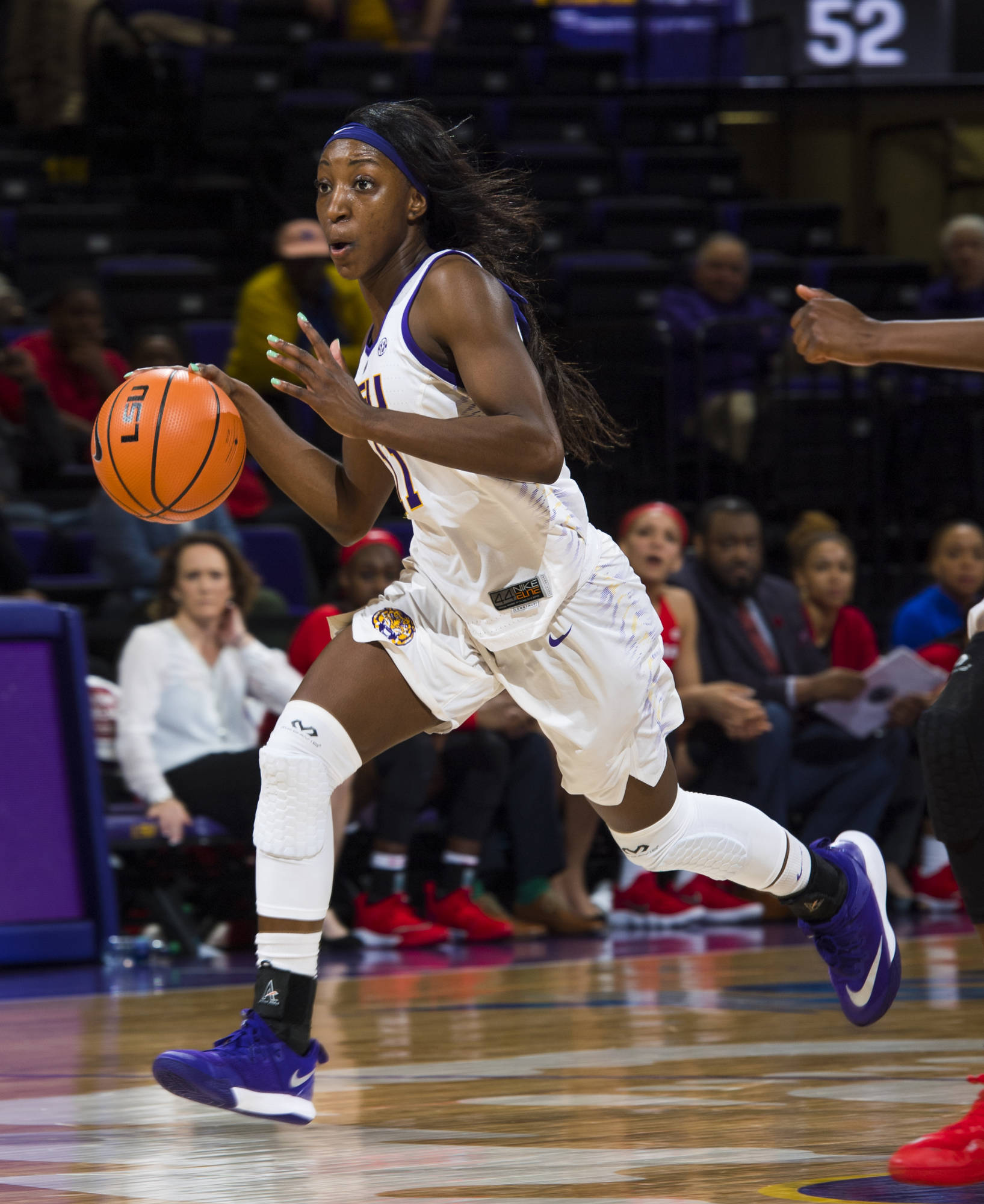 LEXINGTON, Ky. – The LSU women’s basketball team picked up its third-straight SEC win by defeating the Kentucky Wildcats by a score of 72-70 at Rupp Arena Sunday.

Chloe Jackson was the team’s next-highest scorer with 17 points, six rebounds, two assists and three steals. Ayana Mitchell collected her fifth double-double of the season with 13 points and 12 rebounds. LSU improved to 13-3 all-time when the trio of Louis, Jackson and Mitchell each score double figures in the same game.

LSU opened the contest with a stifling defensive performance, holding Kentucky scoreless over the first six minutes of the game. The Lady Tigers used two separate 6-0 scoring runs to lead the Wildcats 16-5 after the first quarter. Kentucky’s five first-quarter points were the fewest allowed by the Lady Tigers all season.

The scoring was a bit more even in the second quarter, but the Lady Tigers still managed to maintain a double-digit lead for the majority of the first half and entered halftime up 38-26 over the Wildcats.

LSU continued to build on its lead to open the second half, leading by as many as a game-high 15 points with just over a minute remaining in the third quarter before Kentucky closed the quarter on a 7-0 run over the final minute to trim LSU’s lead to 51-43.

The Lady Tigers built their lead back to 10 points with just under nine minutes left in the game, but Kentucky continued to claw its way back into the game, fighting until LSU’s lead was just a single point with 18 seconds remaining. Some clutch free-throw shooting down the stretch and lock-down defense on the game’s final possession allowed LSU to hold off Kentucky’s late rally, however, and leave Rupp Arena with a 72-70 victory.

Kentucky shot well from the field and from behind the arc, but LSU was able to win the game under the basket with a 35-23 rebounding advantage that helped the Lady Tigers outscore Kentucky 15-4 on second-chance points and 36-28 in points in the paint.

LSU was able to take advantage of several of the Wildcats’ miscues, forcing 15 turnovers and scoring 21 points off of turnovers and holding a 12-4 advantage in fast break points on the afternoon.

The Lady Tigers will travel to Auburn, Alabama to complete their current two-game road stint on Thursday, Feb. 8 at 11 a.m. CT at Auburn Arena.