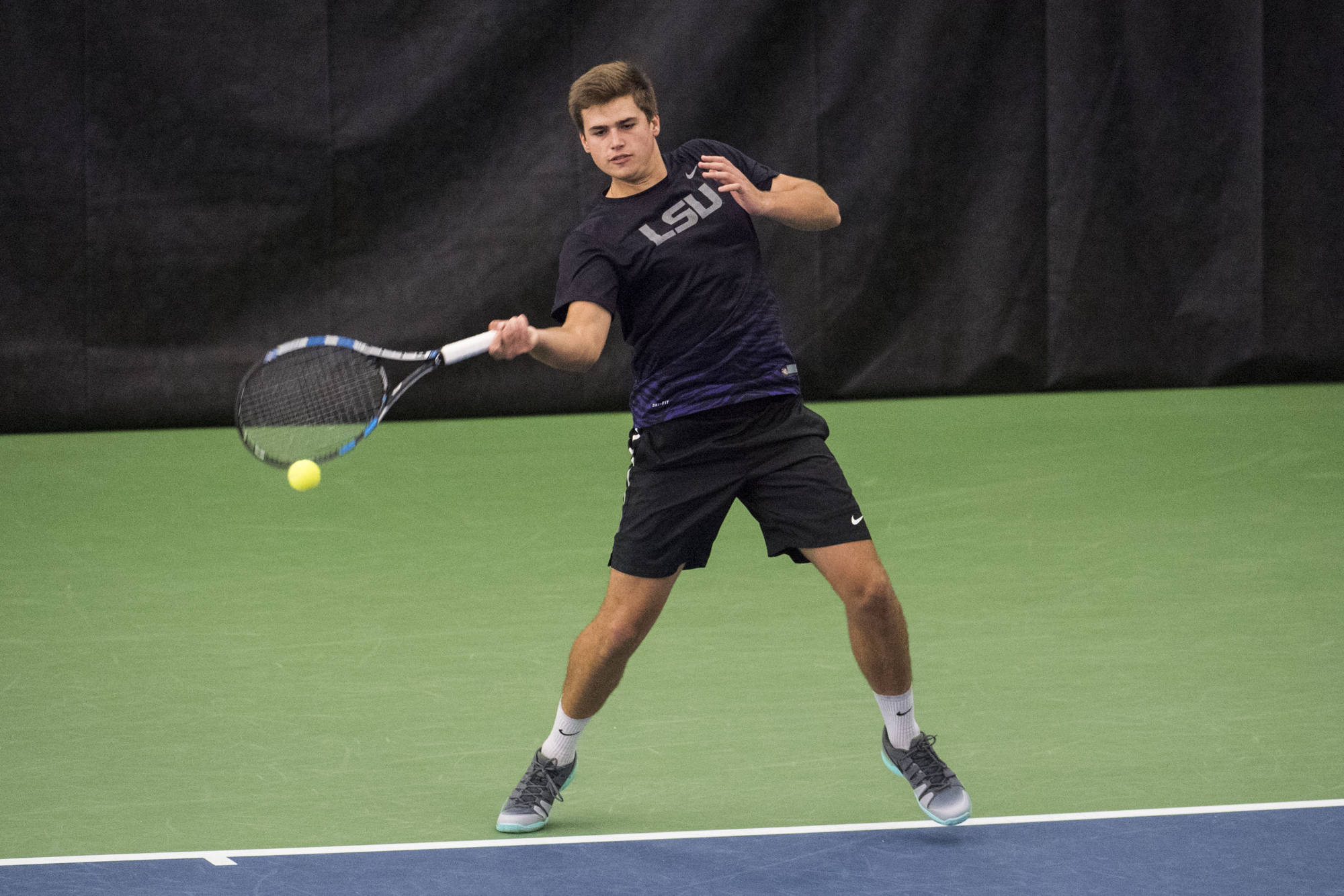 HOUSTON —The LSU men’s tennis team continues its road swing with a match against Rice on Sunday at noon CT at the George R. Brown Tennis Center.

Fans can follow the match on Twitter @LSUtennis. Live stats and video will be available at www.riceowls.com/facilities/tennis-livestats.html.

Thoughts from the Co-Head Coach Chris Brandi
“We had a productive week in practice and tried to work on some areas that we need to improve on,” co-head coach Chris Brandi said. “Rice will be a tough test, and the guys are looking forward to getting back out there and seeing where we are at right now as a team.”

The Matchup
Rice holds the 18-17-2 advantage in the series against the Tigers. The Tigers and Owls met last season at the LSU Tennis Complex, where Rice took home the 4-0 win.

Tiger Tidbits
LSU has a 5-2 record entering its third weekend of action. Last week, the Tigers competed at the ITA Kick-Off Weekend in College Station, where they collected their first two losses of the season.

Gabor Csonka and Nikola Samardzic lead the Tigers with nine wins each. Csonka and Samardzic have seen time on the top four courts.

Due to weather conditions last weekend, LSU started each of its matches in singles play and did not compete in doubles. However, duo Julian Saborio and Csonka have dominated on court one this season and have a 3-0 overall record in doubles play.

Notes on the Owls
Rice is 2-2, collecting wins against Prairie View A&M and Lamar. The Owls dropped a 4-2 contest against UL-Lafayette, who the Tigers defeated earlier this season, 4-2.

Eric Rutledege has a team-best 11-6 overall record. The redshirt sophomore owns a 4-0 record on the dual season and is a perfect 3-0 on court one.