Gymnastics Stays Perfect in SEC with Win Against UK 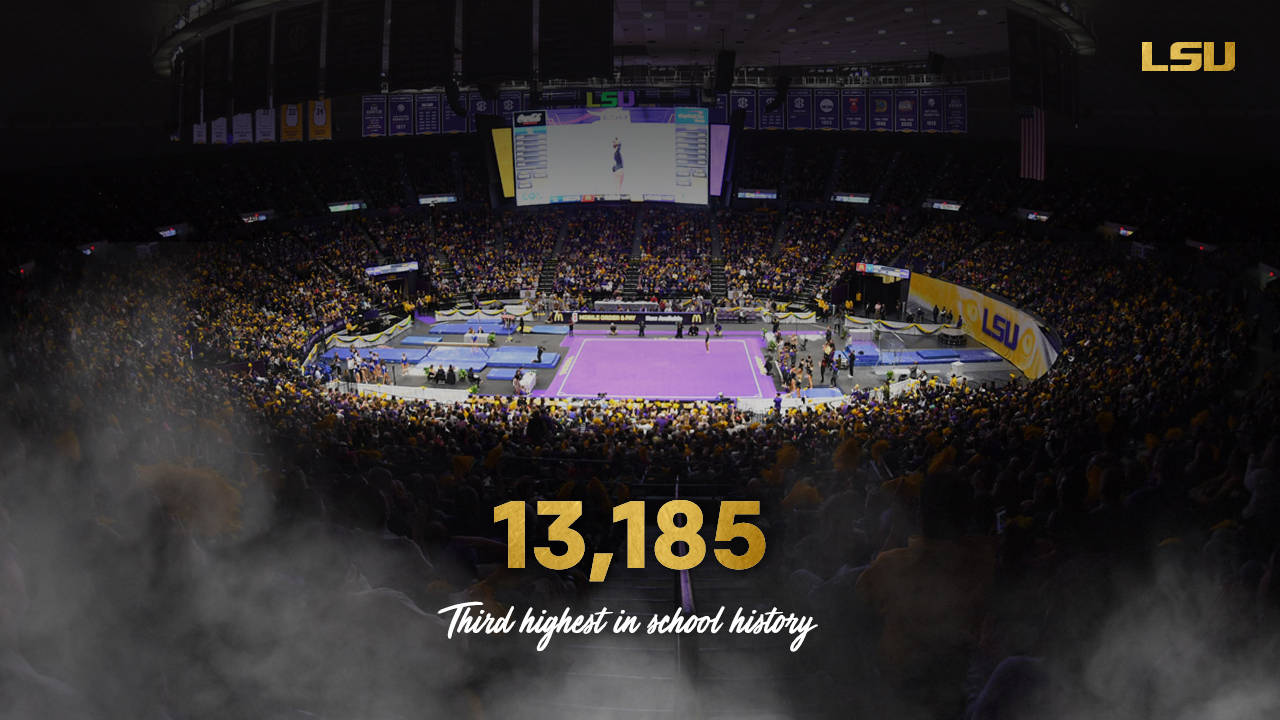 LSU extended its streak of meets with a score of 197 or better to 28 consecutive meets, and the Tigers are 31-0 inside of the Maravich Center dating back to the start of the 2014 season.

Myia Hambrick won the all-around with a career-high score of 39.700 and also took the beam and floor titles. Sarah Finnegan won her fourth uneven bars title of the season and 11th bars title overall with a score of 9.975 to tie her career high.

“We fought hard tonight,” head coach D-D Breaux said. “It was a good competition, and I think Kentucky is a really outstanding team. They pushed us every step of the way. It was a great meet and very exciting ending. That’s what sports are all about.”

Tigers Open Meet with 49.225 on Vault
Finnegan opened the meet with a 9.85 to set the tone on the vault for the Tigers. Julianna Cannamela and Sarah Edwards followed with 9.85s in the second and third spot, respectively. LSU also used a 9.875 from Myia Hambrick in the fifth slot and a 9.85 by Lexie Priessman. To close out the rotation, Kennedi Edney posted a 9.825.

Four Tigers Set Season Highs on the Uneven Bars
Four Tigers matched or set season highs on the uneven bars in the second rotation—Sami Durante, Hambrick, Priessman and Finnegan. Durante was rock solid as the Tigers’ first bars performer with a 9.90, and Hambrick followed, tying her career high with a 9.925. Priessman added a. 9.95 in the fifth spot before Finnegan capped the event tying her career best with a 9.975.

LSU Posts Season High 49.450 on Beam
Senior Erin Macadaeg started the rotation with a strong, season-high 9.90. Hambrick followed with a season high of her own with a 9.95, and freshman Christina Desiderio put a 9.90 up in the third spot, which was also a season best. The Tigers closed out the rotation counting a 9.825 from Edney in the fifth sport and a 9.90 from the anchor Finnegan as LSU posted a 49.450 in the event.

Hambrick and Priessman Tie Career Highs
Hambrick closed out the meet for the second-consecutive week with a 9.975, and Priessman returned to the floor for the first time since the 2017 season. The junior tied her career high with a 9.875, which she recorded at Kentucky and against Missouri in 2017. The Tigers also used 9.85s from Sarah Edwards, Ashlyn Kirby and Finnegan.

Next Up
LSU travels to Columbia, Missouri, for its second conference road meet where the Tigers take on Missouri at the Hearnes Center at 7:30 p.m. CT. The meet will be broadcast on the SEC Network.