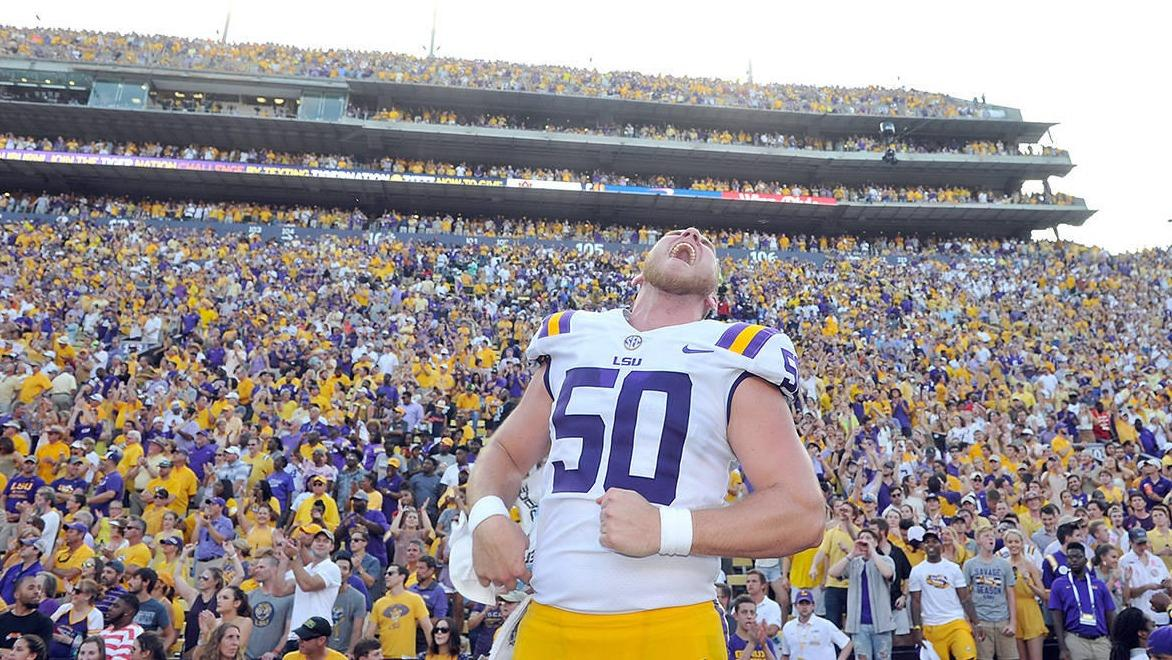 Now in its second year of existence, the SEC Football Leadership Council consists of one representative from each of the SEC’s 14 institutions. The group is meeting this weekend at the league office in Birmingham.

Ferguson replaces quarterback Danny Etling on the council for LSU. Etling was part of the initial SEC Football Leadership Council and served as vice-chair of the group.

Ferguson is a two-year starter at long snapper for the Tigers, where he’s helped the Tigers to a 17-8 overall mark and back-to-back appearances in the Citrus Bowl.

“I’m excited and honored to be part of the SEC Leadership Council,” Ferguson said. “It’s an honor to represent my team and LSU in this capacity.

The #SECFB Leadership Council will visit our office this weekend for its annual meeting.

Among the agenda items for the group this weekend is a review of NCAA and SEC legislative items, open discussion on topics submitted by members of the Council, and engagement with football officials on rules of the game and student-athlete/referee interaction. Marcus Spears, SEC Network analyst and former SEC football student-athlete, will also meet with the group to discuss leadership and career development.

Recent legislation passed by representatives from Autonomy Conferences that increased the allowance provided to student-athletes who serve as hosts for visiting recruits was initially proposed by the SEC Football Student-Athlete Leadership Council last year.