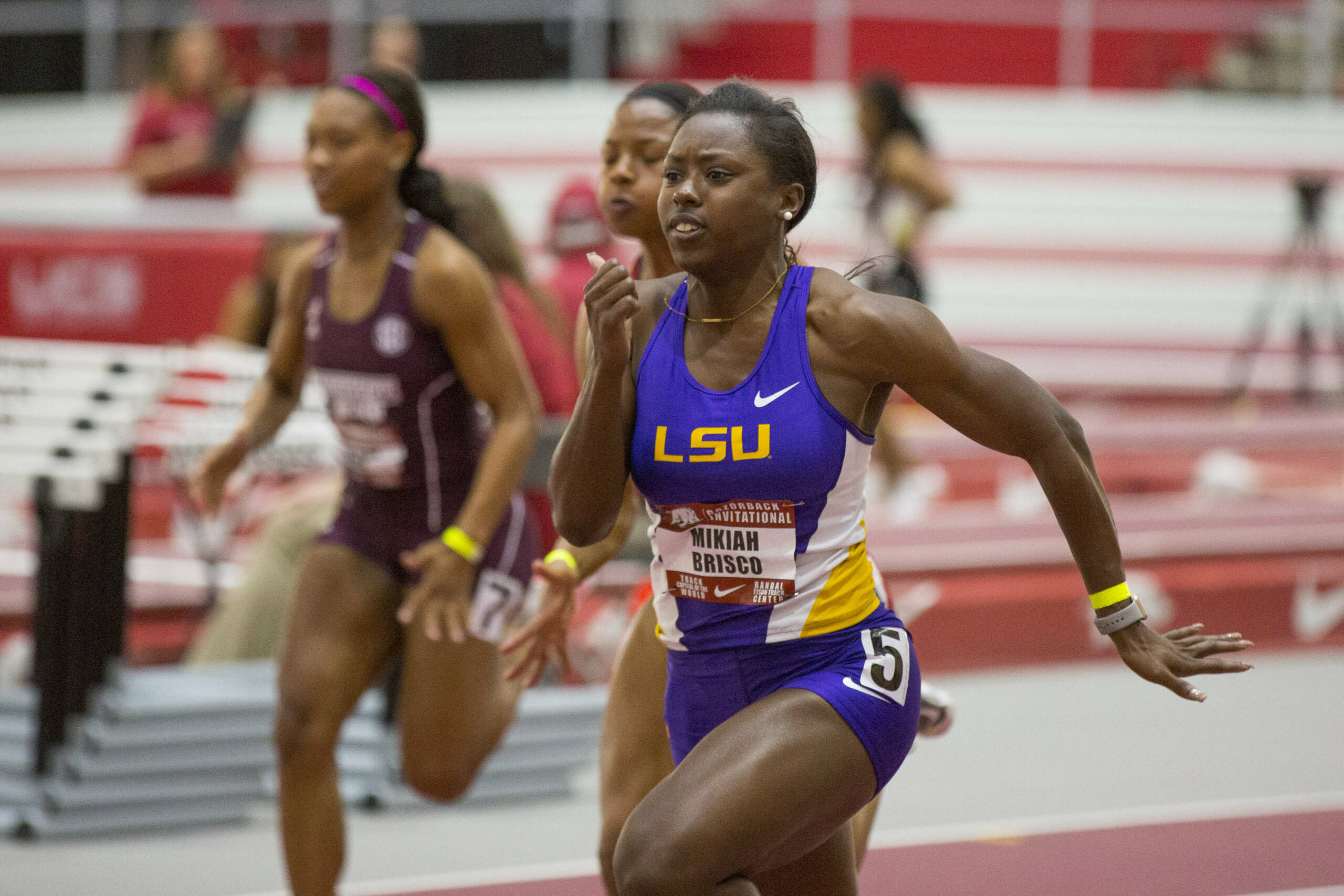 BATON ROUGE, La. – With the 2018 indoor season now one month in, the LSU Track & Field teams will continue to strive for more NCAA Championship qualifications this weekend as they will compete in Albuquerque, New Mexico, and play host in Baton Rouge.

The Tigers and Lady Tigers will host the annual Bayou Bengal Invitational on Friday, Feb. 2. All events will take place at the Carl Maddox Field House, and the first field events of the day are scheduled to begin at 11:30 a.m. CT. Results will be provided by Delta Timing at http://results.deltatiming.com/lsu.

Selected sprinters and hurdlers for the Tigers and Lady Tigers will travel West to compete for two days in the New Mexico Collegiate Classic held Friday, Feb. 2, and Saturday, Feb. 3, at the Albuquerque Convention Center. Friday’s evening session is scheduled to begin at 5 p.m. CT with the field events, but the Tigers’ action will start at 8:10 p.m. as the men will take the track in the 200-meter dash.

A live stream for the New Mexico Collegiate Classic will be provided by FloTrack at http://bit.ly/2hLqfdm, and live results can also be found at www.liverunningresults.com.

Fans can also receive live updates of both meets by following @LSUTrackField on Twitter. Fans are encouraged to also follow @LSUTrackField on Instagram and also by liking the LSU Track & Field page on Facebook throughout the season.

Despite the Tigers and Lady Tigers neither recording top-three team finishes last weekend at the Razorback Invitational, numerous student-athletes on both squads notched NCAA-qualifying performances in Fayetteville as the weekend’s action concluded.

On the men’s side, juniors Jaron Flournoy and Correion Mosby sit nationally at No. 10 and No. 16 respectively in the 200-meter according to TFRRS. The pair also teamed up with fellow junior Jahnoy Thompson and senior Renard Howell in the 4×400-meter relays over the weekend, and the group’s performance placed them third in the nation.

Freshman Damion Thomas set a seasonal-best in the 60-meter hurdles at 7.75 seconds which placed him tied for the seventh-best time in the nation for the 2018 indoor season. Thomas was awarded the event-title for the third time this season for his effort, and currently sits No. 6 all-time in school history.

The Lady Tigers recorded five NCAA-qualifying times of their own over the weekend, all coming in different events.

One month into the 2018 indoor season, the Lady Tigers hold the nation’s top-three times in the 60-meter dash with seniors Aleia Hobbs (7.14 seconds) and Mikiah Brisco (7.17) sitting respectively at No. 1-2, and junior Kortnei Johnson (7.18) at No. 3. All three of the upper classmen also appear in the top-six for the event in LSU history.

Johnson also appeared in the women’s 200-meter at the Razorback Invitational, and her resulting season-best time of 23.41 seconds marks the 14th-best time in the nation. Brisco’s 60-meter hurdle time (8.14) over the weekend gave her the No. 8 spot nationally as well.

Sophomore Tonea Marshall just edges out Brisco for the No. 7-national spot in the event after recording an 8.12 a week prior in the Larry Wieczorek Invitational.

Closing out the women’s current qualifying times are junior Ersula Farrow with the ninth-best 800-meter in the nation, and the 4×400-meter relay team of upperclassmen Rachel Misher, Zakiya Denoon and Kymber Payne joined by freshman Milan Young hold the No. 7 spot after their season-best mark this past weekend.

Most notably was Johnson who cracked then NCAA top-ten times for her performances in the women’s 60 and 200-meter dashes. Johnson earned event-titles in both events, setting indoor personal-bests which have since been eclipsed.

Hobbs crossed the 60-meter finish soon after Johnson to earn second-place. Sophomores Cassondra Hall and Tonea Marshall along with junior Shayna Yon joined with final-qualifying times that return for the Lady Tigers.

Junior Rachel Misher set a personal-best time of 23.48 seconds in the 200-meter last season in Albuquerque, a time that still stands as her career-best.

After splitting up this weekend, the Tigers and Lady Tigers will be back in action next weekend with stops in Fayetteville, Arkansas for the Tyson Invitational along and Ames, Iowa for the Iowa State Classic. Both meets will run two days from February 9-10.