Who Will Join LSU's List of College, Super Bowl Champs? 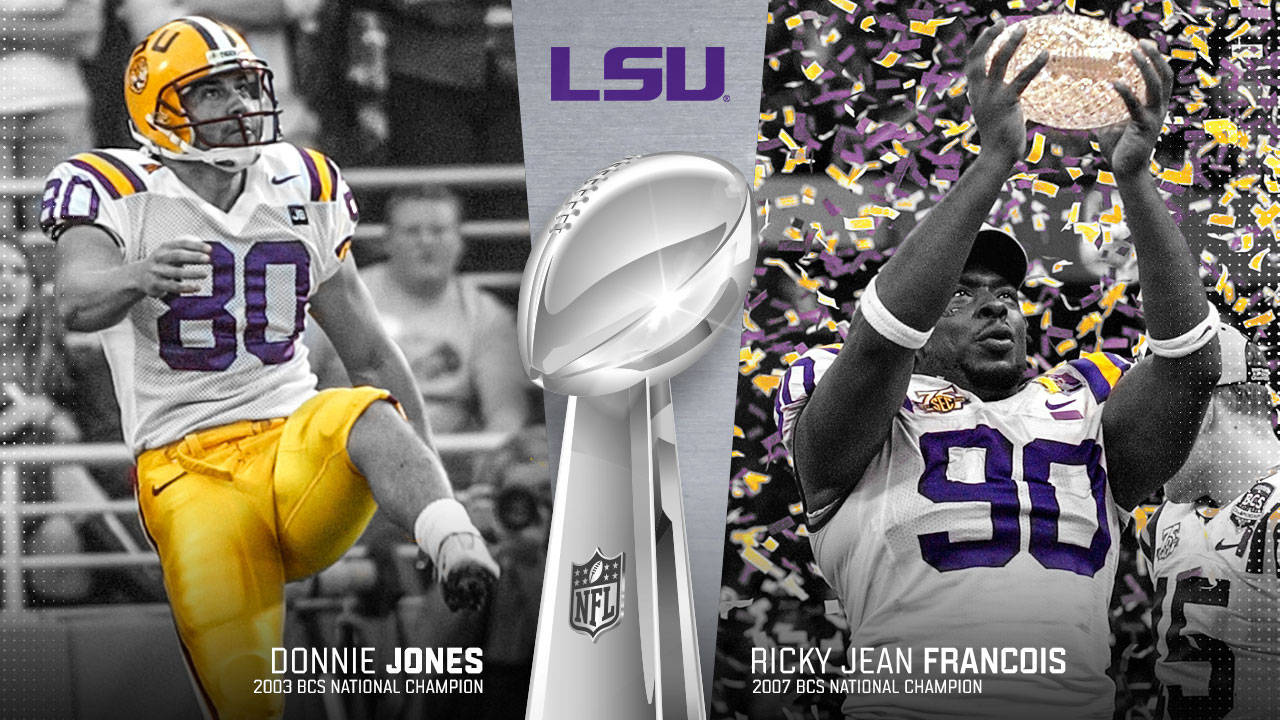 BATON ROUGE – Thirteen former LSU football players have won both a national title and Super Bowl. That number is guaranteed to grow by one on Sunday when either Ricky Jean Francois or Donnie Jones win the Super Bowl and join this elite group.

Jean Francois and Jones join Jalen Mills as LSU’s Super Bowl participants this year. Jean Francois plays on the defensive line for the Patriots, while Jones and Mills are both starters for the Eagles.

Kickoff for Super Bowl LII at 5:30 p.m. CT on Sunday in Minneapolis.

Jones served as LSU’s punter for the Tiger team that beat Oklahoma, 21-14, to claim the BCS National Championship in 2003.

Jean Francois, a defensive tackle for the New England Patriots, earned defensive most valuable player honors for his performance in LSU’s 38-24 win over Ohio State in the BCS Championship Game in 2007.

Currently, eight players from LSU’s 2003 national title team went on to capture a Super Bowl title, while five members of the 2007 squad won a Super Bowl during their NFL career.

The following is a list of former Tigers that won both a national title in college as well as a Super Bowl: