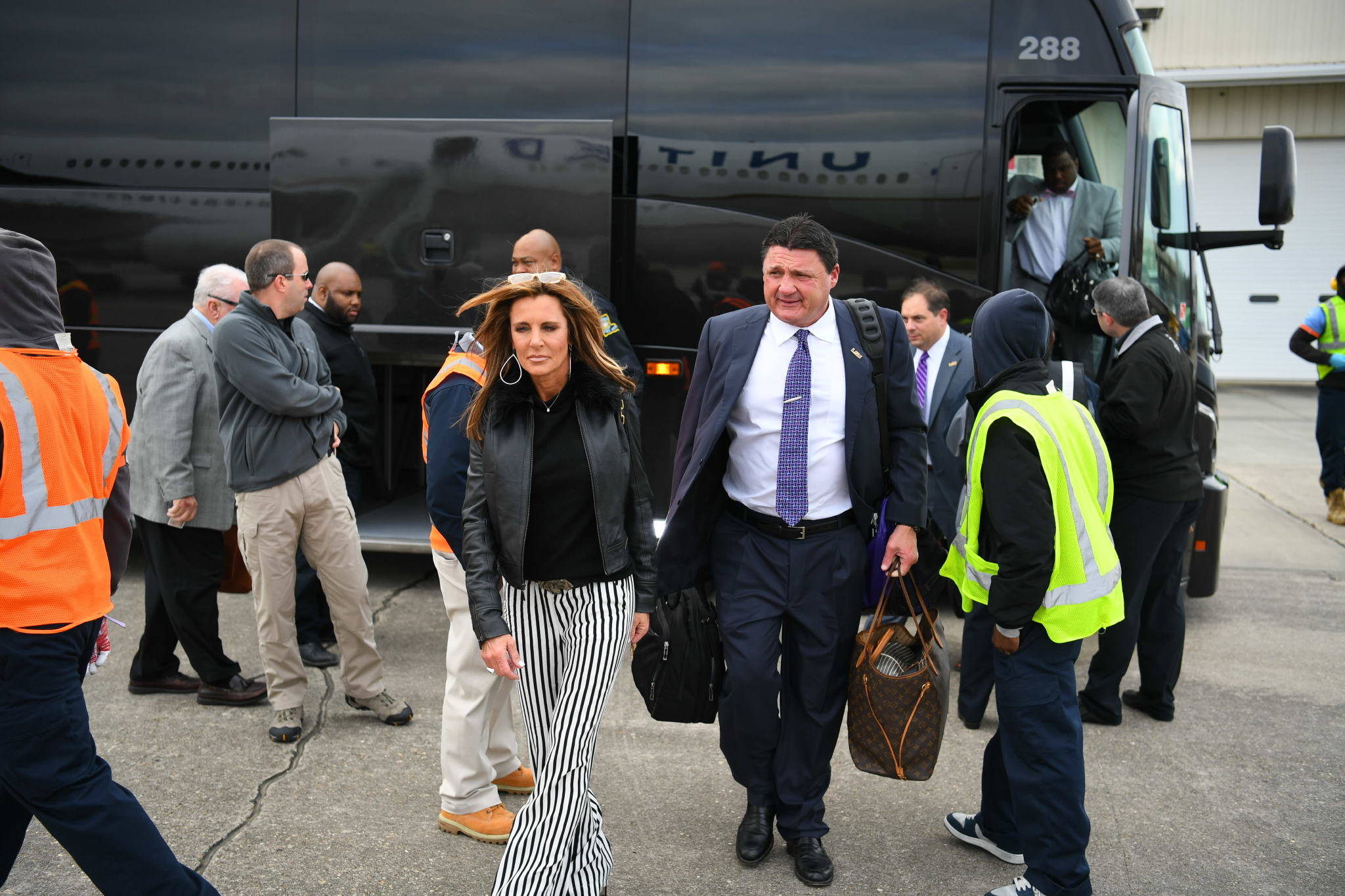 ORLANDO – LSU has arrived at the Citrus Bowl as the 17th-ranked Tigers pulled in to The Renaissance Sea World shortly after 6 p.m. local time here Thursday as the team is set to being their bowl week activities leading up to Monday’s game against 14th-ranked Notre Dame.

Prior to departing Baton Rouge on Thursday, the Tigers held a Wednesday-type practice indoors at the Charles McClendon Practice Facility. Thursday’s workout was the third for the Tigers since returning from the Christmas break.

“Our guys have had a tremendous couple weeks of preparation,” LSU coach Ed Orgeron said. “Now, it’s time to get acclimated to Orlando. Tomorrow we have a pretty tough practice so it will be time to get focused in on Notre Dame, who is a very strong opponent.”

Against the Fighting Irish, the Tigers have a chance to win a 10th game for the first time since the 2013 season as well as capping their season by winning seven of the last eight games.

It’s also an opportunity for LSU to send out its 20 seniors with a victory, something LSU has done the previous two years in bowl games victories over Texas Tech in the 2015 Texas Bowl and Louisville in the 2016 Citrus Bowl.

“This is about the young men on our team and us coming to the Citrus Bowl to play Notre Dame,” Orgeron said of the game. “It’s about us having the chance to win 10 games. That’s what our focus is on.

When asked about LSU’s All-America running back Derrius Guice, Orgeron said, “he looked great today (in practice). He ran about as well as I’ve seen him run all year.”

The Tigers will be without the services of a trio of injured linebackers against Notre Dame as Arden Key, Corey Thompson and Donnie Alexander will all miss the contest. In their place, LSU will go with a pair of freshmen in K’Lavon Chaisson and Rae Thornton along with sophomore Michael Divinity.

“They are ready to go,” Orgeron said of the young linebackers. “They are going to have to step up. We know that they will be up to the challenge.”

Thornton and Divinity played perhaps their best two games of the season in back-to-back wins over Tennessee and Texas A&M to close out the regular season. Divinity had three tackles and recovered a fumble in the win over the Aggies, while Thornton got his first career start against A&M and responded with three tackles.

Kickoff between the Tigers and Irish is set for 12:07 p.m. CT on Monday and the game will be televised on ABC. Both teams enter the game with identical 9-3 records. It’s the first meeting between LSU and Notre Dame since the Irish kicked a last-second field goal to beat the Tigers, 31-28, in the 2014 Music City Bowl in Nashville.

LSU at the Citrus Bowl – Friday’s Schedule
(all times Eastern)