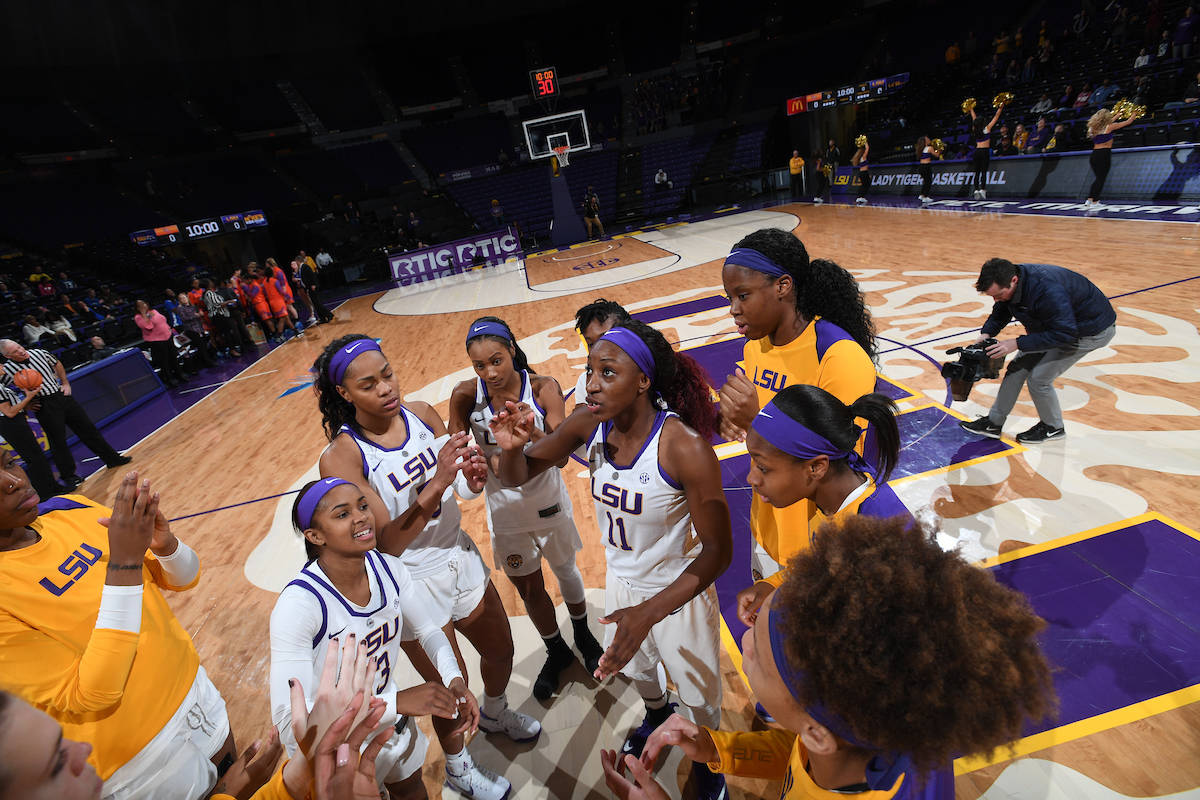 The Lady Tigers improved to 8-3 with the win while Sam Houston fell to 3-6.

Raigyne Louis led LSU in scoring with a game-high 19 points while adding eight rebounds, four assists and five steals. Louis shot 5-of-6 from behind the arc, marking the first time in over two years that an LSU player made five or more three-pointers in a game.

The Lady Tigers as a team shot 9-of-17 from three-point range, more than doubling their previous season high of four three-pointers against Tulane earlier this season.

Freshman Dekeriya Patterson had the best game of her young career, scoring 14 points off the bench on 5-of-6 shooting, including 3-of-3 from beyond the arc. It was Patterson’s first game back from a concussion that kept her sidelined for the last three games.

LSU came out firing from beyond the arc to open the game, jumping on an early 22-8 first-quarter lead behind a barrage of three-pointers from Louis and Jaelyn Richard-Harris.

Both teams’ offenses cooled to start the second quarter before Patterson came in with three minutes remaining and provided an instant spark for the Lady Tigers. She converted a three-pointer and a clutch and-one following an acrobatic layup. Louis ended the first half with her third three-pointer of the game to give LSU a 38-22 halftime lead.

Patterson continued her scoring tear into the second half, knocking down two more deep threes and a layup during LSU’s 14-6 third quarter run before Louis ended yet another quarter with a three-pointer of her own.

The Lady Tigers played aggressively and efficiently on defense all game, forcing 26 turnovers, largely due to a season-high 16 steals, and only committing two first-half fouls while scoring 25 points off of turnovers.

LSU’s bench outscored the Bearkats’ bench 32-23 thanks to big performances from Patterson and Aifuwa, while the Lady Tigers outscored Sam Houston State in the paint 28-14.

Next up for the Lady Tigers is the final game of 2017 at home against Vanderbilt on Sunday, Dec. 31, the first SEC game of the season for LSU. Tipoff on the SEC Network is set for 3 p.m.