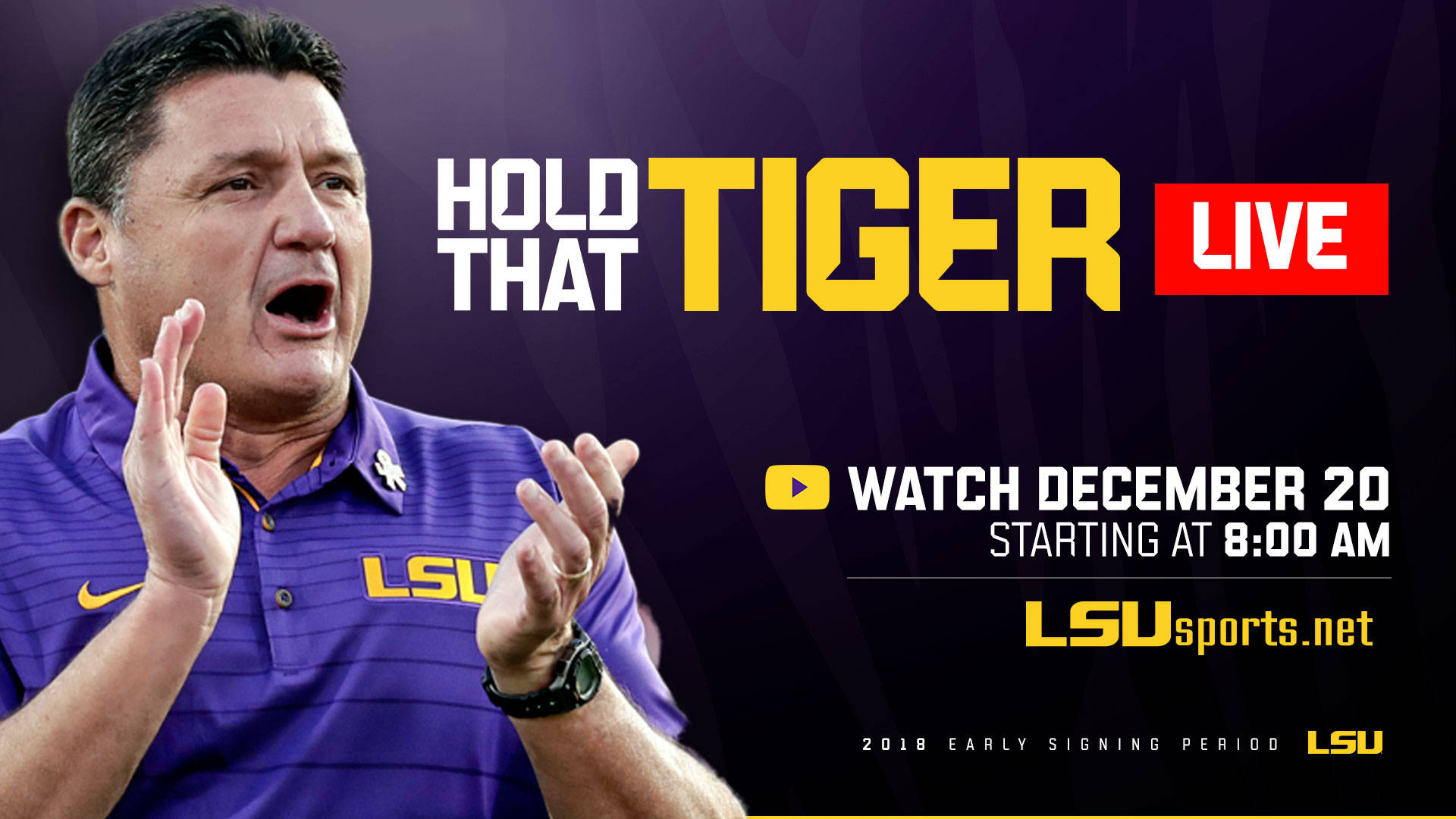 “Hold That Tiger” will air from the LSU Football Operations Facility on campus starting at 8 a.m. CT on Dec. 20 and will remain on the air until approximately 12:30 p.m. when head coach Ed Orgeron closes the show with his breakdown and analysis of LSU’s early signees.

Players who don’t sign during the early signing period can do so during the traditional signing day starting on the first Wednesday in February.

Stewart-Binks will be joined on the broadcast by two members of LSU’s 2007 national championship team – Jacob Hester and Marlon Favorite – as the trio will spend just over four hours next Wednesday introducing the newest members of the Tiger football team the LSU fan base.

Stewart-Binks, who worked as an ESPN sideline reporter for LSU games against Syracuse and Arkansas this year in Tiger Stadium, along with Hester and Favorite will go in-depth on each of the early signees, breaking down video of the players and discussing how they will fit into the LSU system.

Two LSU insiders – Gordy Rush and Chris Blair – will preview the Citrus Bowl game against Notre Dame and give their thoughts on LSU’s first full season under Orgeron, while Vice Chancellor and Director of Athletics Joe Alleva will stop by for an interview to talk about the state of LSU Athletics and how important signing day is to the Tigers.