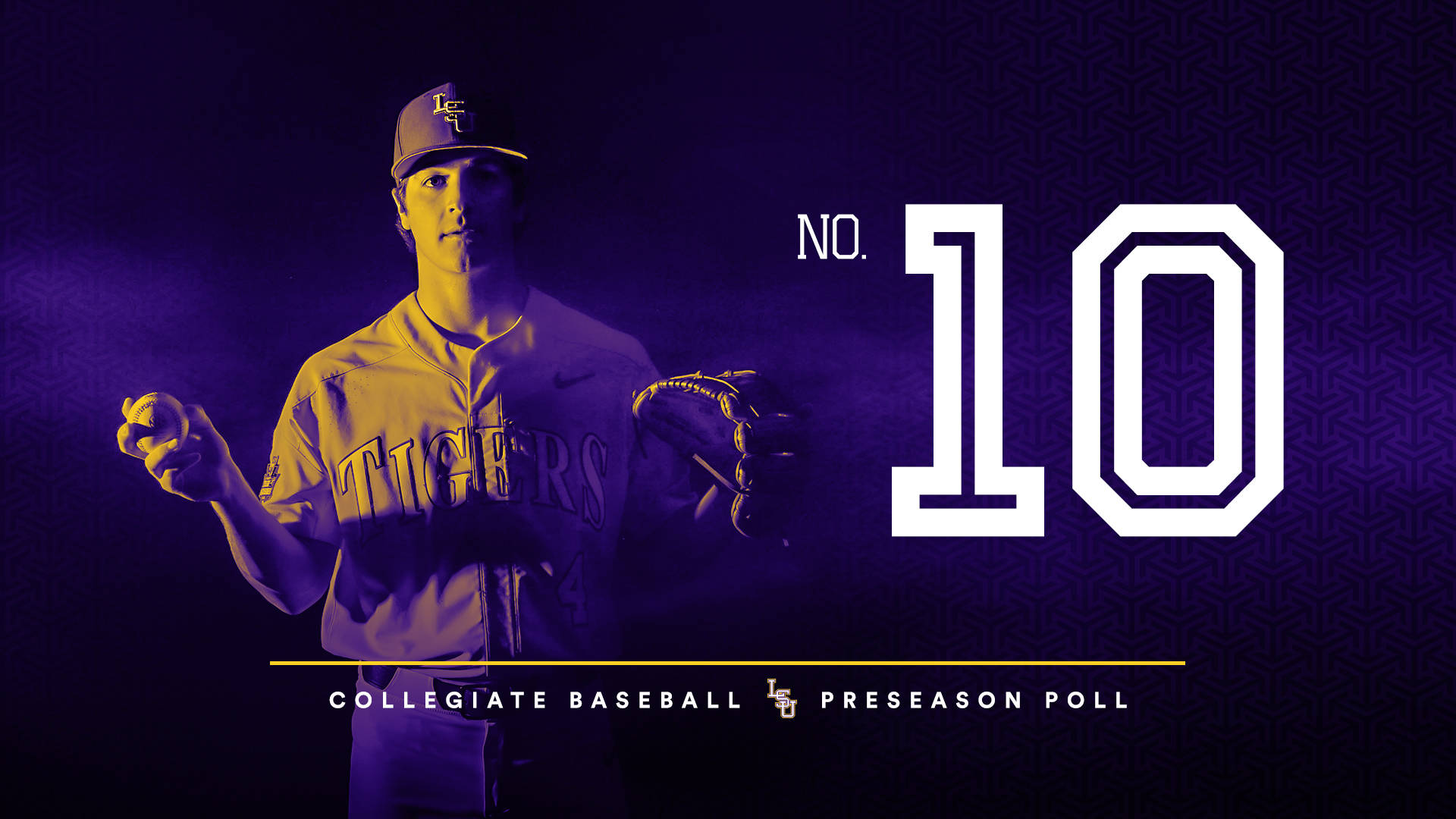 BATON ROUGE, La. — LSU is ranked No. 10 in the 2018 Collegiate Baseball newspaper preseason poll released Tuesday, marking the seventh straight season the Tigers will begin the year among the Top 10 teams in the nation.

LSU is one of five Southeastern Conference teams appearing in the 2018 preseason Top 10, along with No. 1 Florida, No. 3 Arkansas, No. 6 Vanderbilt and No. 8 Kentucky.

LSU’s non-conference opponents appearing in the poll are No. 17 South Alabama, No. 18 Louisiana-Lafayette and No. 26 Texas. The Tigers will play a total of 27 regular-season games against teams appearing in the Collegiate Baseball Top 40.

“It’s always fun to look at these polls now because it makes you realize the college baseball season is right around the corner, as opening day is only 58 days away,” said LSU coach Paul Mainieri, who has directed the Tigers to one national championship, five College World Series appearances, four SEC overall titles, six SEC division titles and six SEC tournament championships in 11 seasons. “To see ‘LSU’ as the 10th ranked team in the country going into the season is exciting, however, we are not satisfied with that ranking. It just means we only have nine spots to go to get to where we want to be, which is No. 1.

“We realize that nothing will be handed to us. It will take an unbelievable amount of hustle and hard work, a tough attitude, unwavering confidence, and clutch play for us to achieve our goals.”

LSU completed its fall practice session in November, and the Tigers will begin preseason workouts on January 26.

Infielder Chris Reid is also a veteran player with starting experience, and the Tigers will be bolstered by the return of infielder/catcher Bryce Jordan, who missed the entire 2017 season due to a knee injury.

LSU, however, will have to replace its entire weekend starting pitching rotation as Alex Lange and Jared Poche’ have moved on to professional baseball , and right-hander Eric Walker, a 2017 Freshman All-American, will be sidelined in 2018 after undergoing Tommy John surgery.