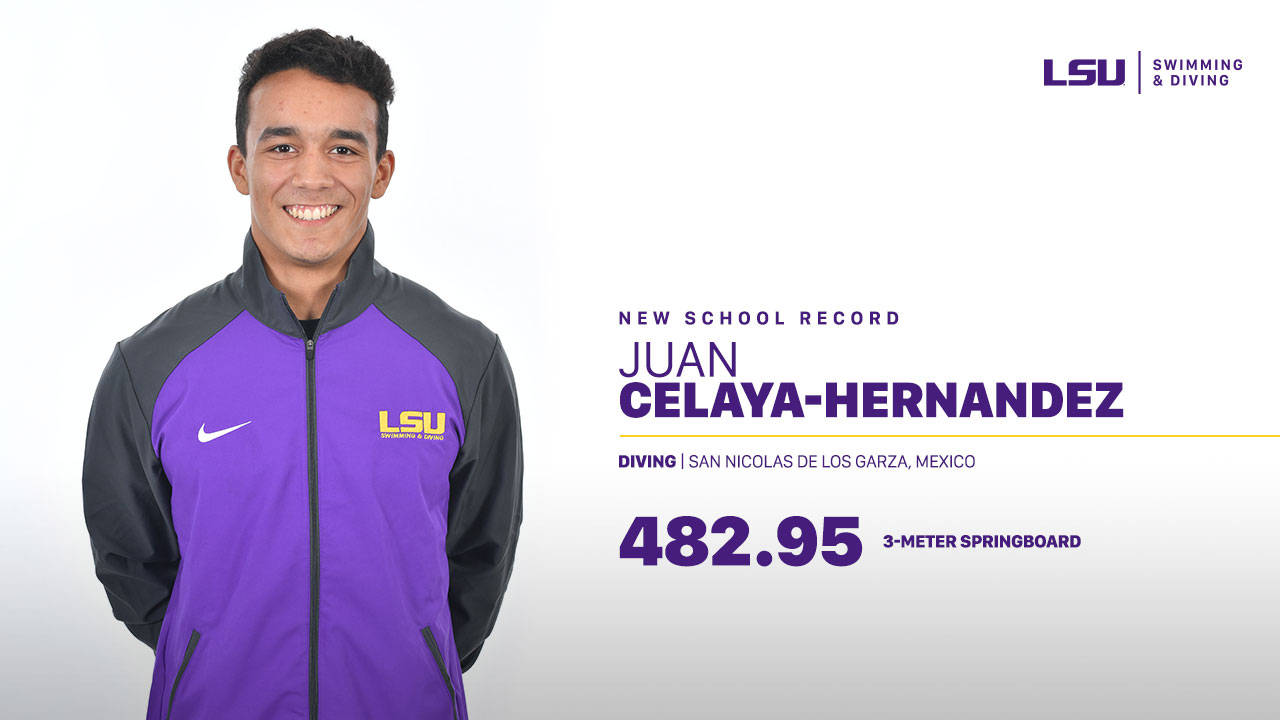 AUBURN, Ala. – Sophomore Juan Celaya-Hernandez dominated day one of the Auburn Diving Invite by setting a new LSU record in the three-meter springboard with a score of 482.95. Junior Lizzie Cui also came away with a victory in the one-meter to sweep today’s events for the Tigers.

Juan Celaya-Hernandez shattered his previous personal-best by 13 points. In doing so, the sophomore won the event by 109.40 points and remained undefeated on springboard this season.

“I’m happy with the performance and success we had today,” said diving head coach Doug Shaffer. “I think it’s a result of a stretch of hard work and good, dedicated focus that the divers have had since the Art Adamson Invite. Juan’s dive list on three-meter was exceptional.”

Mikayla Robillard and Rileigh Knox finished in fifth and sixth in the one-meter, scoring a 277.00 and 266.00, respectively, in the finals.

“I’m very happy with Lizzie’s win on the one-meter as well as the season-best performances from Makayla, Rileigh, Matt, and Dakota,” said Shaffer.

The Tigers return to action tomorrow at 11 a.m. CT, where the men will compete in the one-meter and the women will take on the three-meter.