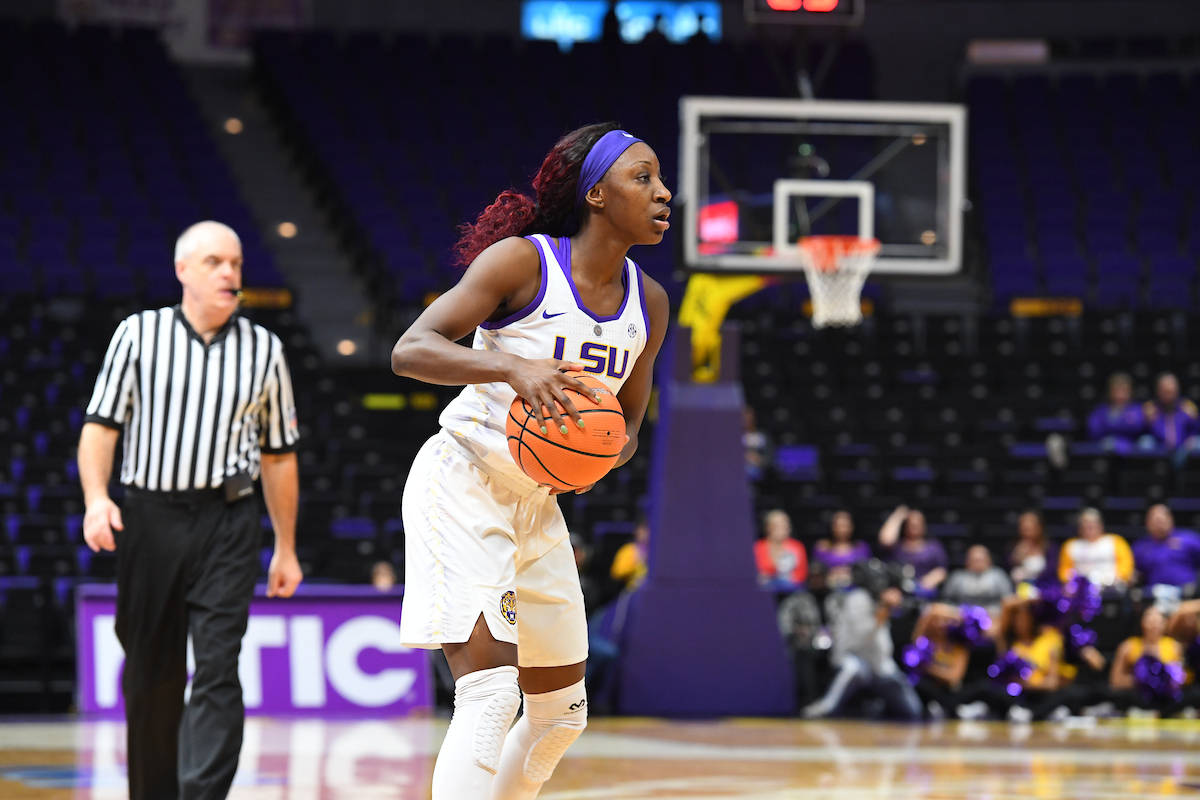 BATON ROUGE – The LSU women’s basketball team defeated the UL-Lafayette Ragin’ Cajuns by a score of 60-45 at the Pete Maravich Assembly Center on Sunday afternoon.

LSU improved to 6-3 with the win, while the Ragin’ Cajuns fell to 4-7. The Lady Tigers extended their current winning streak to four games.

After a fairly closely-contested first quarter in which the Lady Tigers’ largest lead was only four points, Pointer kicked off the second quarter with a three-pointer off the bench and a clutch layup and an and-one to send the Lady Tigers into halftime with a 27-21 lead over UL-Lafayette.

LSU continued to control the game on both sides of the ball in the third quarter as Pointer and fellow rookie Raven Farley made an impact on the game. But the Lady Tigers’ lead never grew to double digits until the fourth quarter thanks to a 15-6 run to end the game.

The Lady Tigers shot 43 percent from the field while holding the Ragin’ Cajuns to just 35 percent shooting. Both teams struggled shooting the ball from beyond the arc as Pointer made the game’s only three-pointer, but LSU was able to capitalize on some key UL-Lafayette turnovers, converting those chances into 17 points.

The two teams were evenly-matched under the goal as UL-Lafayette outrebounded LSU 38-37 and both teams scored 34 points in the paint. The Lady Tigers played their usual tough defense when it mattered, tallying 11 steals and a couple of key blocks to finish out the game.

Next up for the women’s basketball team is the final away game of 2017 at Little Rock on Wednesday, December 20 at 6:30 p.m. CT. The game will be televised on COX Sports Television (CST) and broadcast worldwide on the LSU Sports Radio Network.