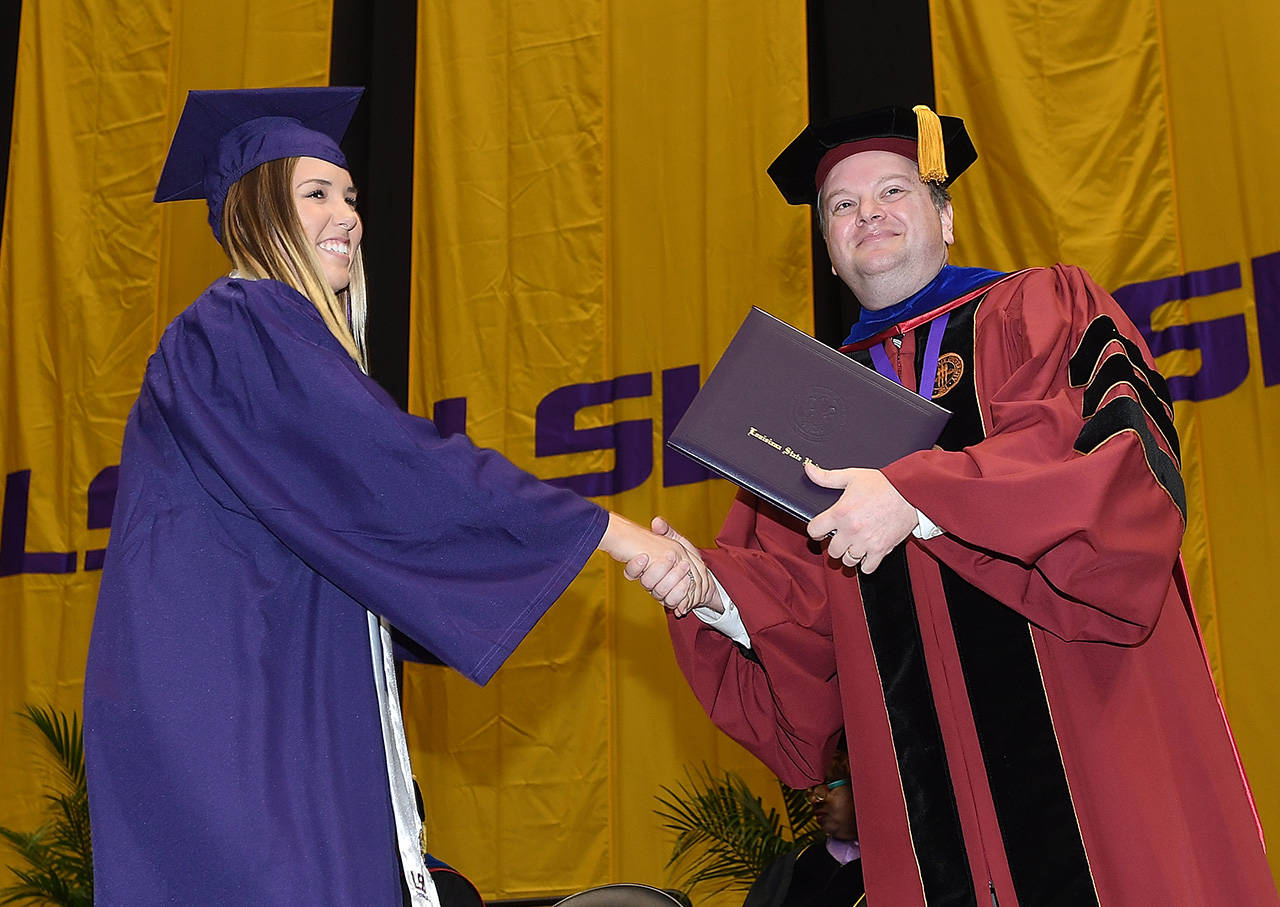 The list included six members of the Tiger football team, including starting center Will Clapp, along with baseball All-Americas in Alex Lange and Kramer Robertson.

On Thursday night, the 22 student-athletes were presented with a special LSU stole at “The Tribute” at the South Stadium Club inside Tiger Stadium. “The Tribute” is held the night before graduation in the fall and spring and it commemorates the careers of LSU student-athletes for their accomplishments on and off the field.

The following is a list of notable accomplishments and career highlights for some of the LSU student-athletes that graduated on Friday:

Caroline Brockmeier (soccer/kinesiology)
Started all 37 games in goal for LSU over the past two seasons.
Ranks No. 5 on LSU’s all-time list with 14 career shutouts in 2016 and 2017.

Tinashe Mutanga (men’s track and field/interdisciplinary studies)
Crowned an SEC Champion in the 4×100-meter relay during as a senior in 2017
Part of LSU’s sprint relay team that won the 2017 SEC title with a time of 38.71 seconds before qualifying for the NCAA final in the event