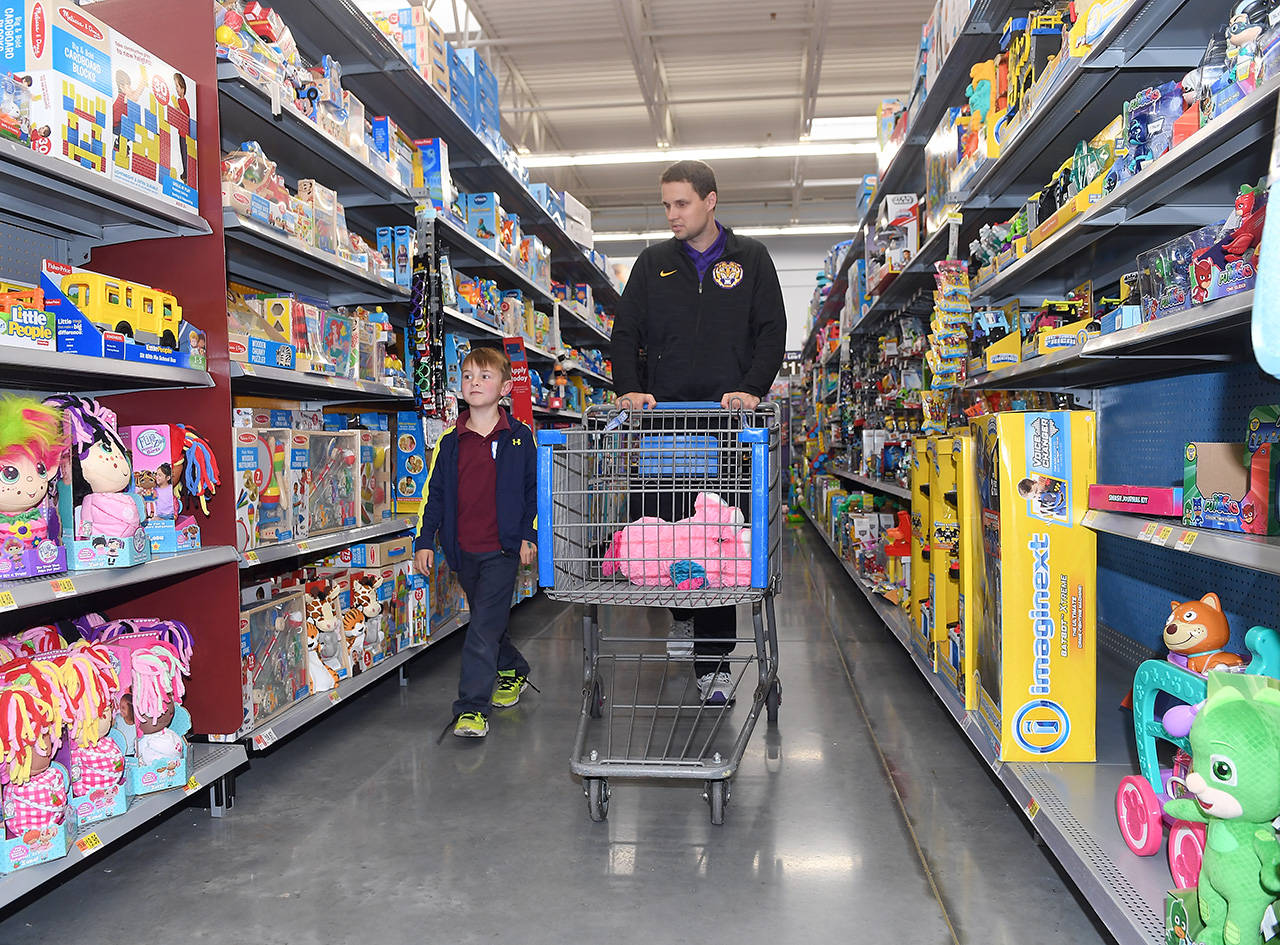 BATON ROUGE – Coach Will Wade brought an event he started in his previous coaching locations to Baton Rouge on Thursday as the LSU basketball team and coaches took 25 youngsters from the Baton Rouge Boys and Girls Club on a Christmas shopping experience at a local store.

By the end of the event, it was hard to tell who was smiling more, the LSU basketball team members or the youngsters who picked up things ranging from super hero outfits to clothes and toys of all kind and one child who went to the flower section with their player to get a rose for his mom.

“It is good for our team to interact with the community so we partnered with the Boys and Girls club,” said Coach Wade. “To come out and give some those kids a little bit better Christmas maybe than they would have had is a great thing.”

On his shopping assistance around the store: “It’s fun. It’s always fun,” Coach Wade said. “William (his shopper) is great. We got some stuff for his mom and his sister. I thought that was very caring of him. He got himself a few toys which was good.

“I think it is important to be involved in whatever community that you are in,” the first year LSU Coach, who was receiving congrats from lots of shoppers on Wednesday’s win over Houston. “I have done an enrichment with my wife and I have done it wherever I have been. It is a great day for the kids in the Boys and Girls club and it is a great day for our program. Our guys had a blast and they enjoy interacting. It is an important reminder that people care about LSU. Our guys are role models and it is an important reminder for them that kids are watching them, people are watching them. Also allowing us to give back and help people have a better Christmas.”

LSU freshman Tremont Waters was with a youngster name Noah and Waters was making sure he was getting some things that will be important into the New Year.

“Overall we had a pretty good shopping spree and hopefully he had fun tonight,” he said. “It is fun to give back.”

The Tigers return to the basketball court on Saturday at noon against Stephen F. Austin. The Lumberjacks are 9-1 and LSU is 6-2 on the year. The game will be broadcast on the LSU Sports Radio Network and televised by the SEC Network.