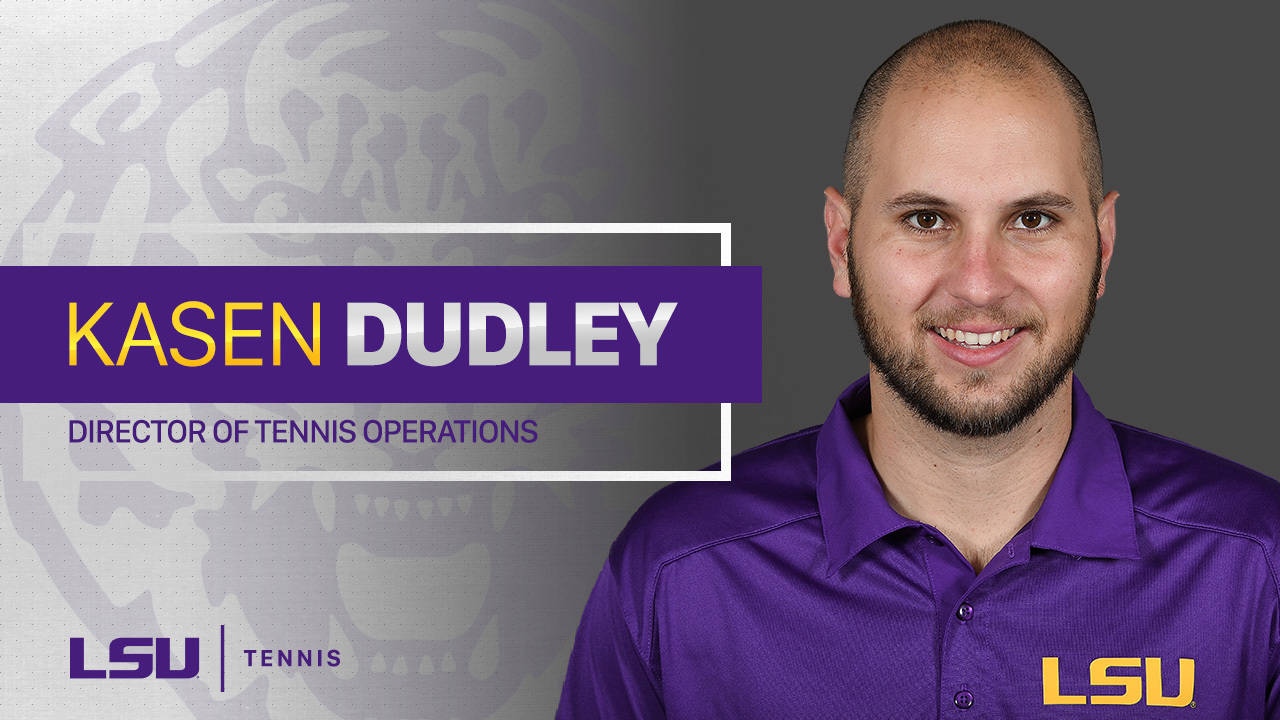 BATON ROUGE — The LSU tennis program has announced Kasen Dudley as the newest Director of Operations for both the men’s and women’s teams.

“I am thrilled to support two excellent coaching staffs who put in tremendous effort every day to make LSU a tennis power house,” Dudley said. “I am grateful to be a part of LSU men’s and women’s tennis and to contribute to their tradition.”

Dudley’s responsibilities include overseeing all day-to-day aspects of the tennis programs, including practices, team travel, equipment, facilities management and preparation and coordination for home matches and tournaments.

Dudley, who began his tenure at LSU earlier in the fall of 2017, has already overseen the coordination of the ITA Southern Regional for the men’s team and the Tiger Fall Classic for the women’s team.

Originally from Maui, Hawaii, Dudley graduated from LSU in 2013 with a degree in sports administration, has served in various capacities at several sports venues across the country, including right here in Louisiana.

Dudley served as the Operations Intern at Baton Rouge’s Marucci Elite and performed marketing research and development at the Dudley-DeBosier law firm before working as a box office assistant with the New Orleans Pelicans.