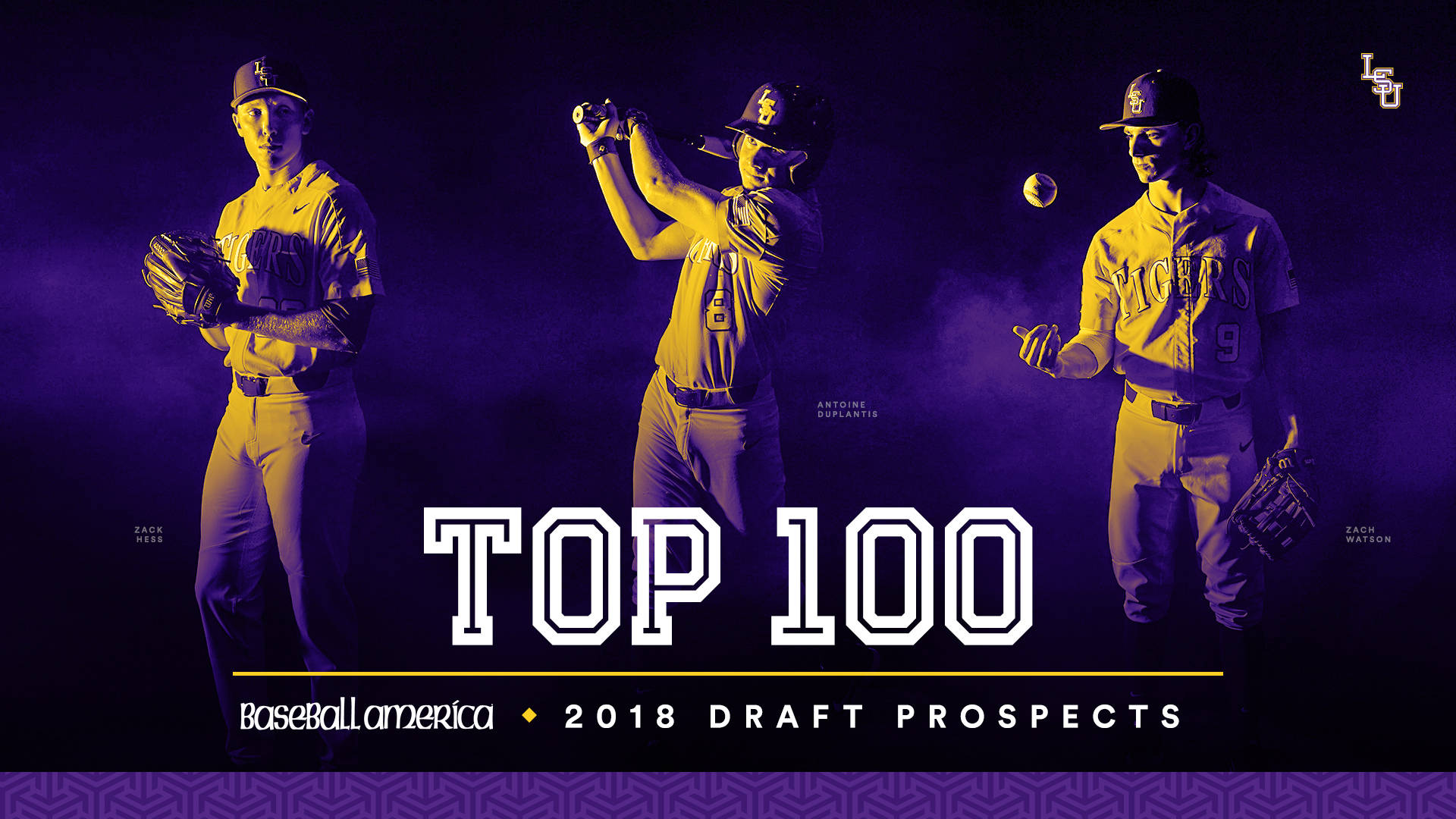 He was named to the 2017 College World Series All-Tournament team after batting .346 (9-for-26) in seven games with one double, one homer, two RBI, five runs and two steals.

He pitched brilliantly in the 2017 College World Series as a reliever, appearing in five of the Tigers’ seven games while recording three saves and 11 Ks in seven innings. Hess completed the season with a 7-1 record and a 3.12 ERA in 60.2 innings with 83 strikeouts, 30 walks and four saves.

Duplantis, a member of the 2017 SEC Academic Honor Roll as a sports administration major, has a .321 (179-for-557) cumulative batting average in his first two seasons at LSU with 23 doubles, seven triples, four homers, 100 RBI, 95 runs and 32 stolen bases. LSU’s starting rightfielder in 2016 and its starting leftfielder in 2017, he has a career .989 fielding percentage with 11 outfield assists.

A member of the 2017 College World Series All-Tournament team, he helped lead the Tigers to the CWS Finals, batting .316 (90-for-285) on the year with 14 doubles, two triples, two homers, 61 RBI, 50 runs and 19 steals. Duplantis finished No. 2 in the SEC in stolen bases, No. 4 in the league in base hits and No. 8 in the league in RBI. He collected seven hits in the CWS, including a homer, four RBI, four runs and one steal.

Duplantis was named National Player of the Week and SEC Player of the Week on March 20 after batting .615 (8-for-13) in LSU’s three-game sweep of Georgia with one double, one homer, 10 RBI, six runs and a .688 on-base percentage. He set the LSU single-game record for hits on March 17 versus Georgia when he went 6-for-6 at the plate with one double and a career-high seven RBI.