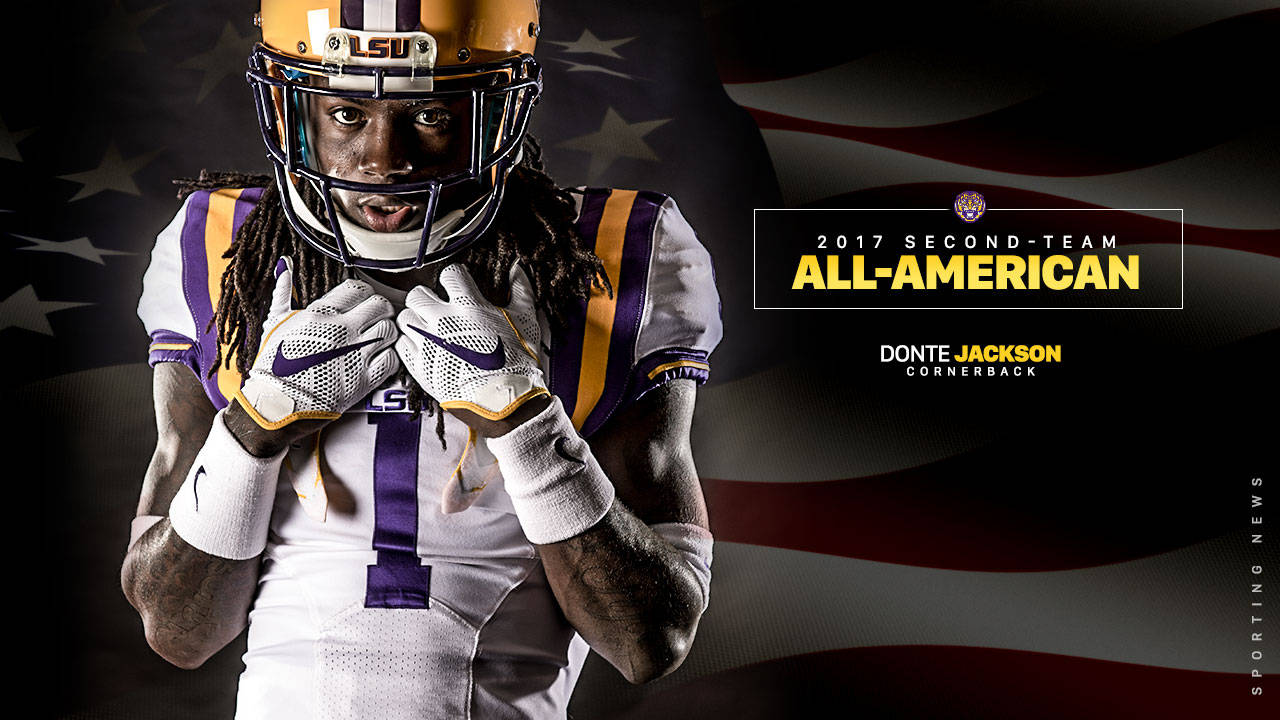 BATON ROUGE – For the second time in as many days, LSU had a defensive back earn All-America honors as junior Donte Jackson has been named second team All-America by Sporting News.

Jackson becomes the second starter in the LSU secondary to earn an All-America honor, joining redshirt freshman Greedy Williams, who picked up a third team honor from the Associated Press on Monday.

Jackson, from Marrero, Louisiana, started 11 games for the Tigers in 2017, racking up 45 tackles to go along with 10 pass breakups and an interception. He ranked eighth in the Southeastern Conference in passes defended with 11.

Two of his top performances in 2017 came against Auburn and Arkansas. In LSU’s 27-23 win over Auburn, Jackson broke up four passes, including three on Auburn’s final drive, to help secure the win for the Tigers.

Then against Arkansas, Jackson recorded a career-best seven tackles, including a sack, two tackles for loss and a pass breakup in the 33-10 win over the Razorbacks.

Jackson and the 17th-ranked Tigers close out the 2017 season on New Year’s Day in Orlando, Florida when LSU faces 14th-ranked Notre Dame in the Citrus Bowl presented by Overton’s. Tickets for the game are currently on sale and can be purchased on LSUtix.net.