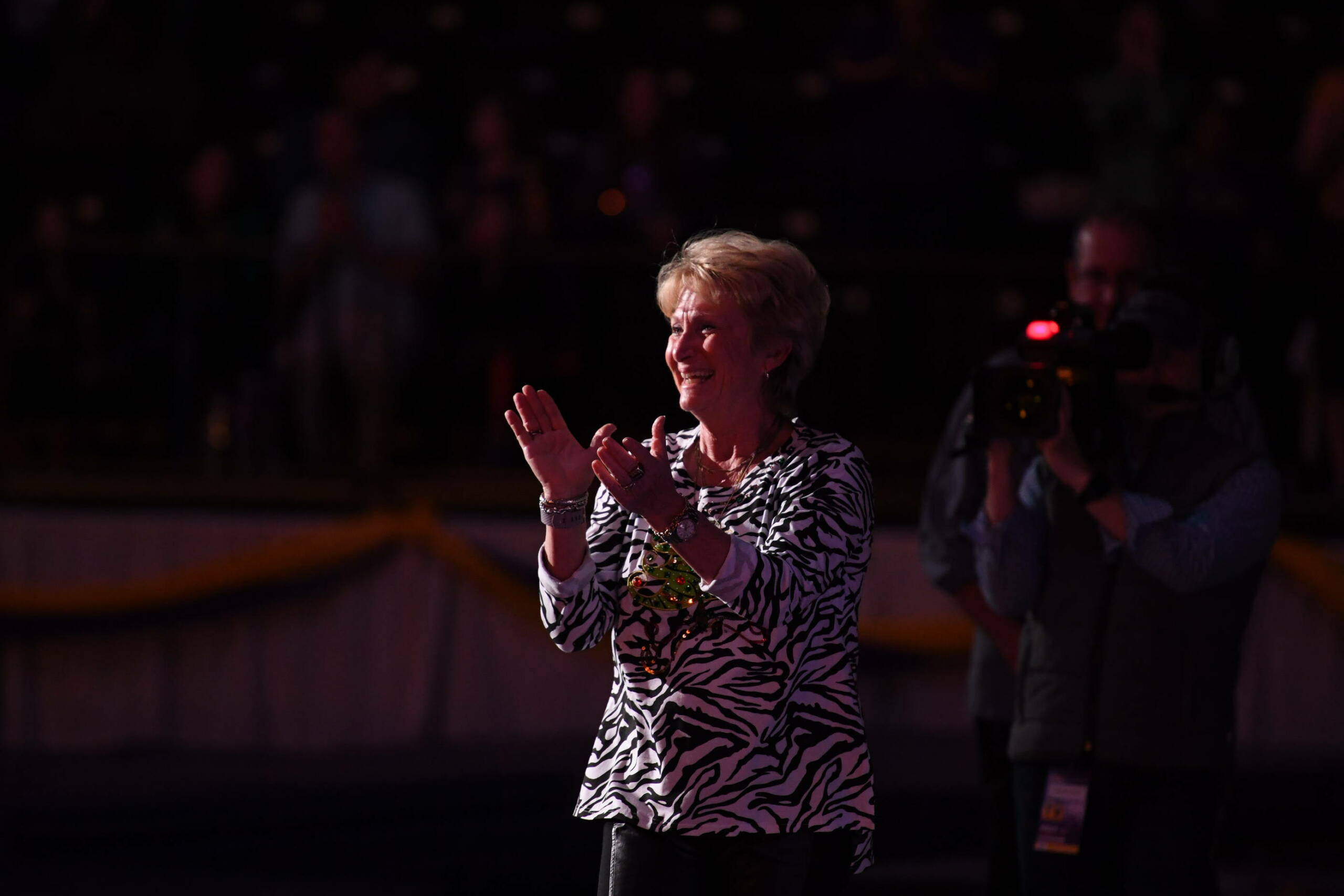 BATON ROUGE – With a record-breaking crowd of more than 3,000 fans, the third-ranked LSU gymnastics team put on a strong showing in the fifth annual Gymnastics 101 Showcase, Monday evening inside the Maravich Center.

The 2018 squad performed for the first time in the PMAC in preparation for the season opener against Arkansas on Friday, Jan. 5. Season tickets are still on sale through the LSU Ticket Office. Fan can purchase online at LSUtix.net for all six of the Tigers’ meets this season.

Senior Myia Hambrick led the way with an outstanding performance. Hambrick totaled scores of 9.95 on bars, beam and floor.

“We had a lot of people competing tonight to plug in the holes,” head coach D-D Breaux said. “They showed a lot of courage and extra energy tonight. It’s going to be a process to get this team to step up. This is a great team though, and I think we had some great performances tonight.”

The Tigers started out strong with scores of 9.90 from sophomore Kennedi Edney and senior Erin Macadaeg on vault. Freshman Sarah Edwards also performed for the first time in the PAMC and totaled a 9.85.

Hambrick led the way for the squad on bars with a 9.95. Junior Lexie Priessman also scored a 9.95 and sophomores Ruby Harrold and Ashlyn Kirby put up 9.85s.

Arguably the best one-two punch in the nation on beam, Macadaeg and Hambrick started things off with a bang with scores of 9.90 and 9.95. Junior Sarah Finnegan anchored the event for the Tigers with a 9.90.

Is there anyone more breathtaking than @sfinnegan37? The next great beam anchor for the Tigers! https://t.co/iSTVrC8TKZ pic.twitter.com/4sFr3bUBwP

On the final event of the evening, Hambrick totaled her third straight 9.95. Finnegan posted a 9.90 and Edney along with Kirby totaled 9.85s.

LSU has less than four weeks until the season opener against Arkansas on Friday, Jan. 5 inside the PMAC. The Tigers will face off against 10 teams ranked in the top-25 in 2018 with meets against No. 2 Florida and No. 4 Alabama coming in the first three weeks of the season.