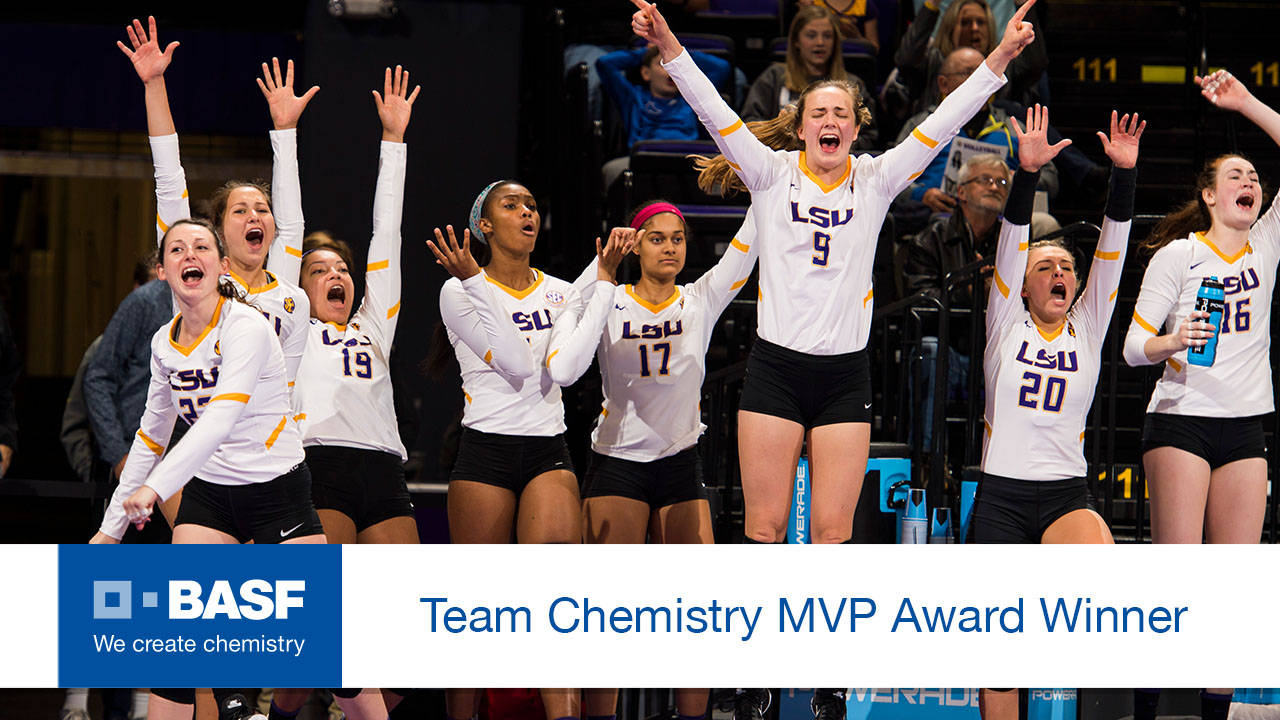 BATON ROUGE – After making its return to the NCAA Tournament for the 15th time in program history and seeing its Tigers rewarded for their efforts this season with postseason accolades, the LSU Volleyball team is the recipient of the BASF Team Chemistry MVP Award for the month of November.

The Tigers capped their campaign with a first-round match against San Diego in the NCAA Tournament while finishing with a 20-10 overall record and 11-7 mark for fourth place overall in SEC play.

Freshmen Taylor Bannister and Raigen Cianciulli have helped lead the way for the Tigers for much of the 2017 season as Bannister recently claimed All-SEC and all-region honors as one of the top right side hitters in the country and Cianciulli joined her teammate as an all-region selection by the American Volleyball Coaches Association.

Bannister also hit .252 on the year and recorded a total of 402.5 points to go along with 77 blocks. She registered four 20-plus kill matches and 16 matches with 10 or more kills. In SEC play, Bannister was one of just four freshmen in the league’s Top 10 in kills per game at 3.39. She led the Tigers in kills in 19 of the team’s 30 matches.

Cianciulli registered 26 double-digit dig matches and 10 of 20 or more digs. She led the Tigers in digs 24 times this season, tallying a career-high of 29 digs in LSU’s four-set victory over Auburn on Nov. 15. She took home SEC Defensive Player of the Week honors after recording 44 total digs in LSU’s sweep of Auburn and Alabama that week.