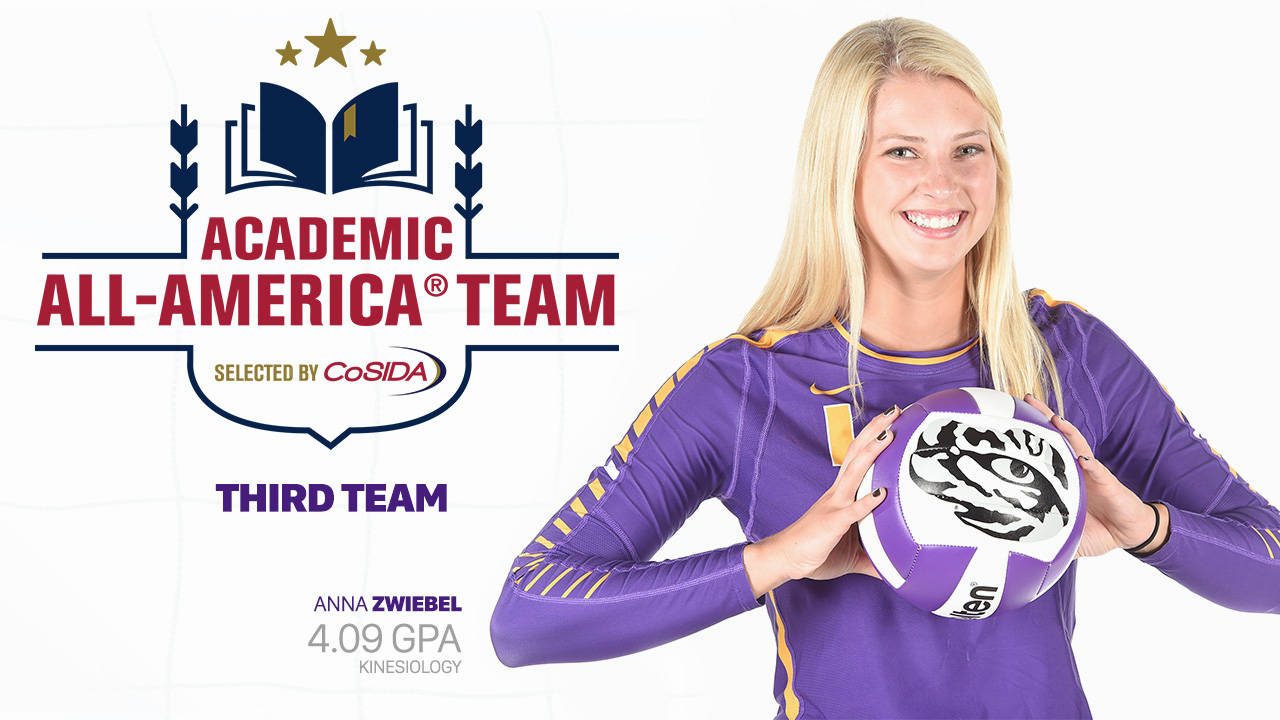 Zwiebel is just the second player in program history to earn the feat. Lauren Cuyler picked up the honor back in 2002.

“Anna is a model student-athlete,” said head coach Fran Flory. “She is driven to excel on the court and in the classroom. Receiving this recognition, this early in her career, is a tribute to that diligence. We are happy for her and proud of her efforts.”

The Louisville, Kentucky native has the second-highest grade point average on the team at 4.09 and is majoring in Kinesiology. She is one of three players on the squad with at least a 4.0 GPA.

Zwiebel directed the offense for the LSU volleyball squad this season, leading the team in assists with 1,069. She averaged 9.72 digs per set which ranks sixth in the SEC. She finished the season with 10 double-doubles and registered a career-high of 65 assists in the Tiger’s five-set win over High Point in non-conference action.

The sophomore earned SEC Co-Setter of the Week on October 16 after recording 87 assists in two matches, including a double-double of 54 assists and 11 digs in the win over Alabama. In 11 matches this season, she finished with 10 or more digs and finished with a season-high of 14 digs on three occasions.

In the Tigers’ final match of the year against San Diego in the first round of the NCAA Tournament, Zwiebel dished out a total of 43 assists in the four sets. On the year, she led the team in aces with 18 to go along with 43 blocks and 62 kills on 151 attempts.