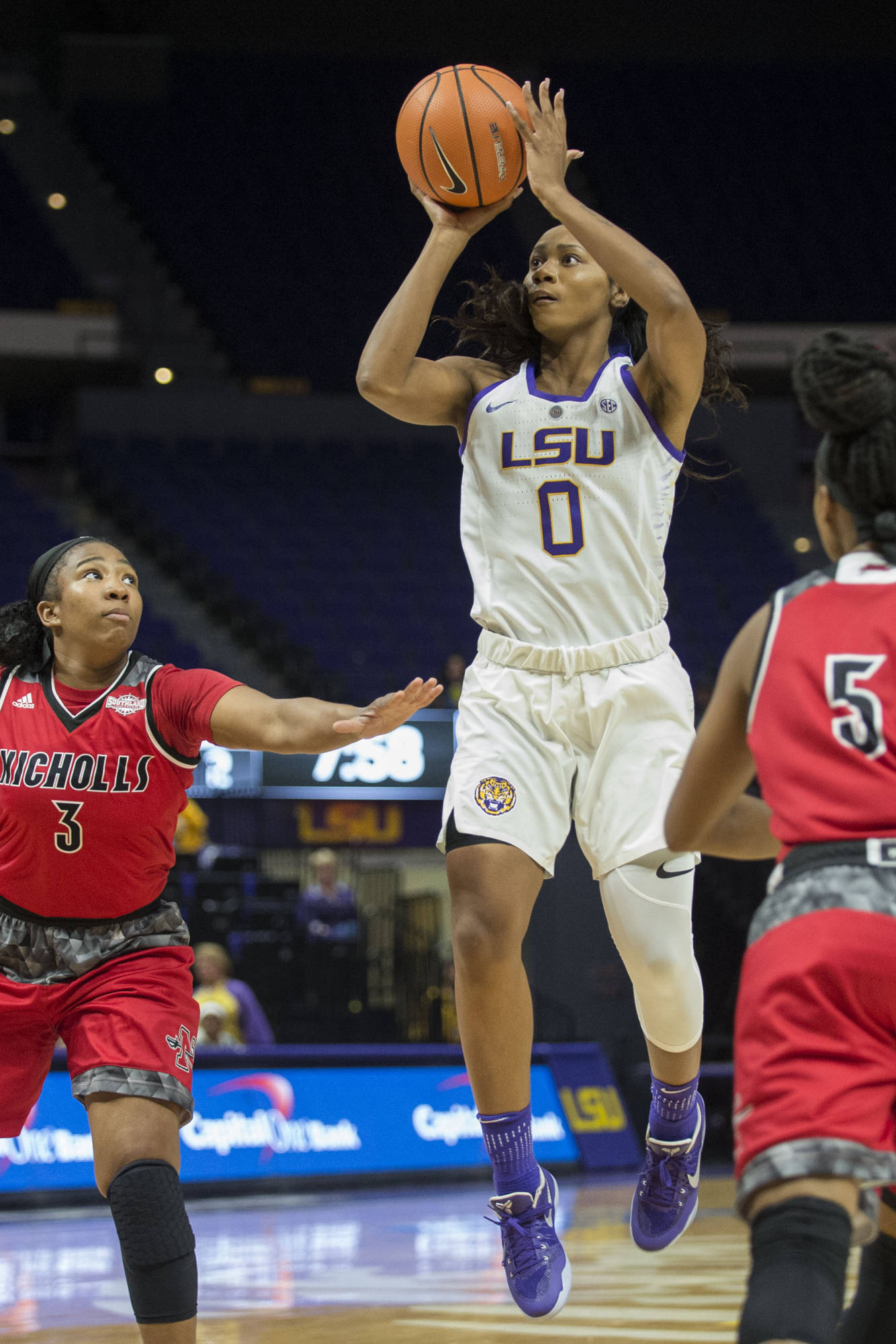 NEW ORLEANS – The LSU women’s basketball team defeated the Tulane Green Wave by a score of 73-50 Sunday afternoon at Fogelman Arena in Devlin Fieldhouse in New Orleans. LSU improved to 5-3 on the season with the win, while Tulane fell to 5-5.

With her third assist in the game, senior Raigyne Louis became the only player in LSU women’s basketball history to record 1,300 points, 600 rebounds, 200 steals and 275 assists in a career. Louis aided an Ayana Mitchell layup with 4:55 left in the third quarter to put the Lady Tigers up 44-29.

Chloe Jackson led all scorers with 20 points, including two big three-point baskets to start the second quarter and put LSU up 18-6. Louis finished the game with 11 points to extend her double-digit scoring streak to 24 consecutive games.

LSU gradually build the lead back up to double digits in the third quarter on a layup by Mitchell, 37-27 with seven minutes to go. Mitchell finished the game with 10 points and five rebounds.

The Lady Tigers’ next game will be at home against UL Lafayette on Sunday, December 17 at 2 p.m. CT. Tickets are available online at LSUtix.net.