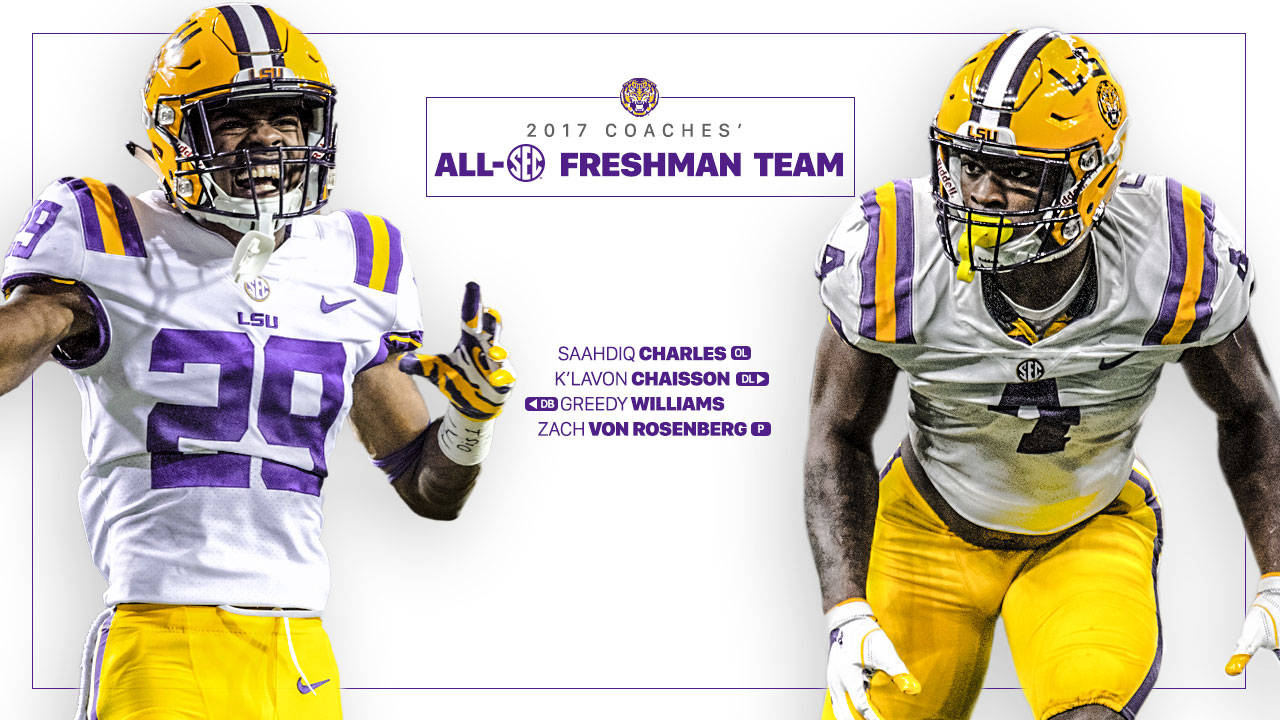 The four honorees to the freshman team marked the most for the Tigers in a season since 2014.

Williams was a standout as one of LSU’s lockdown corners. The Shreveport, Louisiana, native led the league in both passes defended with 15 and interceptions with four.

Charles totaled seven starts on the offensive line and helped pave the way for running back standouts Derrius Guice and Darrel Williams. Guice totaled 1,000 yards on the ground for the second straight year and Williams finished with more than 700.

Chaisson totaled 25 tackles at outside linebacker for the Tigers this season. He also added 4.5 tackles for loss and a pair of sacks.

Von Rosenberg was an outstanding asset for the Tigers in special teams. The 27-year-old former professional pitcher averaged 43.3 yards per punt on the year. Von Rosenberg was named the SEC Specialist of the Week following his performance at Alabama when he boomed five punts for 246 yards, including one for a career long 60 yards.

LSU’s History on the Freshman All-SEC Teams
(Selected by Knoxville News-Sentinel from 1986-98; by SEC Coaches from 1999-present)