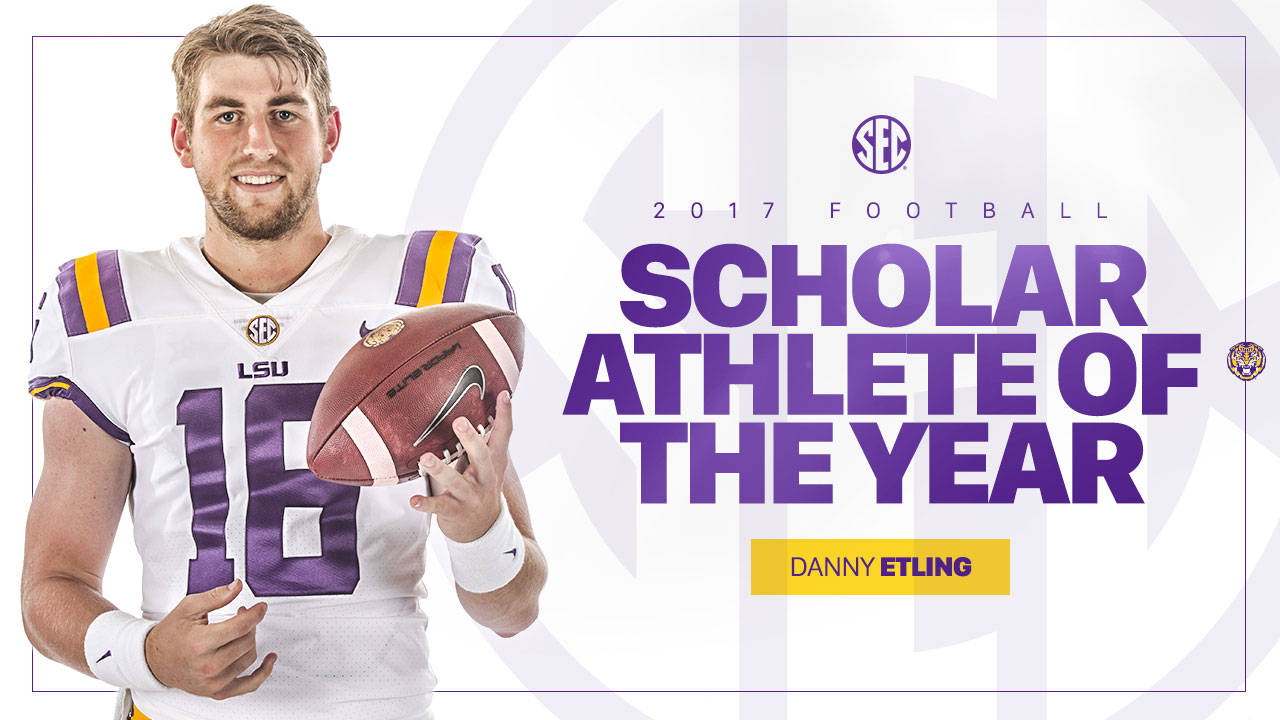 Etling joins offensive lineman Rudy Niswanger as the only LSU players to be named the SEC Scholar Athlete of the Year in the 15-year history of the award.

Etling, a 2017 LSU graduate, is the Vice-Chair of the SEC Football Leadership Council and the Tigers’ nominee for the 2017 NABC Good Works Team. The Terre Haute, Indiana, native totaled a 3.74 GPA in mass communication and was named to the CoSIDA Academic All-District Team in both 2016 and 2017.

A leader in the community, Etling achieved Eagle Scout status as part of his commitment to the Boy Scouts of America. Etling owns a 16-6 record as the Tigers’ starting quarterback and his 22 career starts are the fourth-most in school history. Etling has passed for more than 4,000 yards at LSU for 10th on the school’s career list.

Etling will take the field for the final time when the Tigers take on Notre Dame on January 1 at noon CT in the Citrus Bowl. The game will be televised on ABC live from Camping World Stadium in Orlando, Florida.