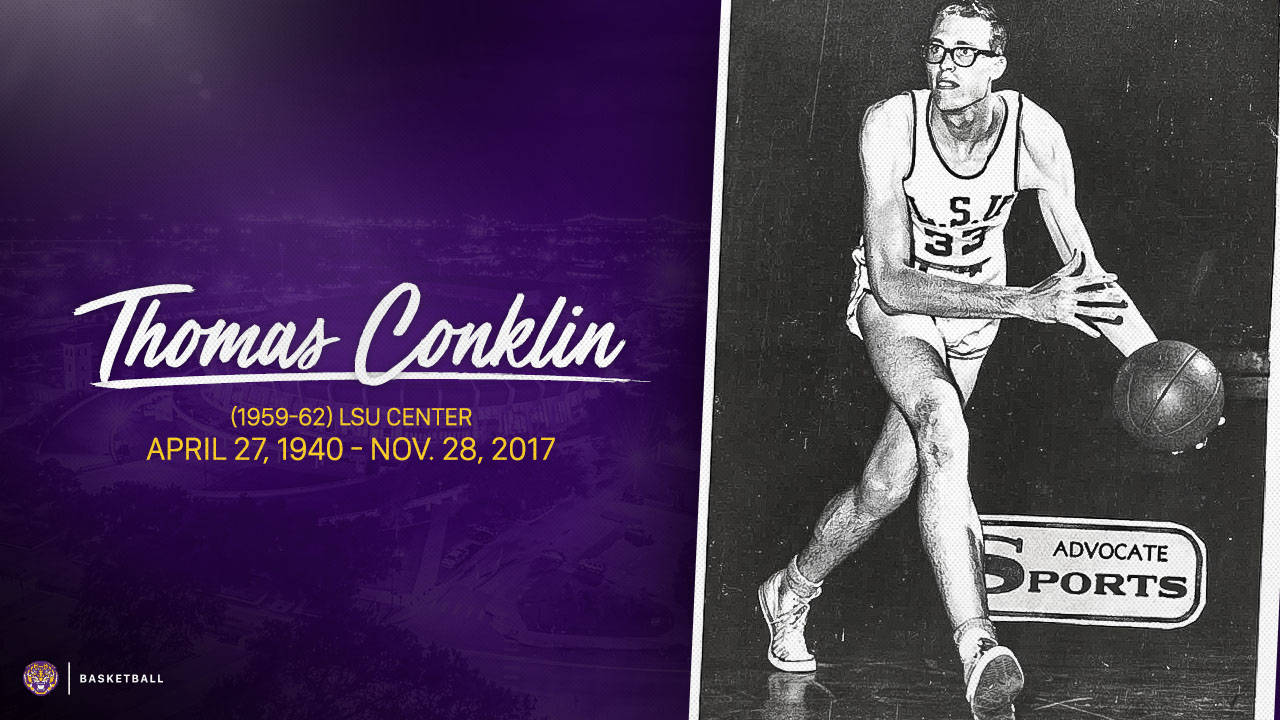 BATON ROUGE – Dr. Tom Conklin, a member of the first LSU basketball team to beat the University of Kentucky, and a former student body president, passed away in Ellington, Connecticut on Nov. 28. He was 77.

The family eventually moved to New Orleans where Conklin finished his high school education at De La Salle High School and played at LSU under Coach Jay McCreary. He graduated with honors and then went to the LSU Medical School where he completed his training in psychiatry at the Institute of Living in Hartford, Connecticut.

Conklin ran for student body president for 1961-62 and won the position unopposed. According to former teammates, it may have been because of his success as the school’s “morale commissioner” the year before in which he helped bring the likes of comedian Bob Hope and the Kingston Trio, a folk group popular at the time.

Conklin went on to rise to the position of Medical Director at the Institute of Living and for 13 years was the Medical Director and Assistant Superintendent of Health Services at the Hampden County Correctional Center in Massachusetts.

Conklin, who was ordained a permanent deacon of the Archdiocese of Hartford in 1988, is survived by his wife of 48 years, Cheryl G’sell Conklin, and their five children: Thomas Joseph Conklin, Jr., Christopher James Conklin, Elizabeth Ann Congdon (Robert), John William Conklin III (Marta), and, Susan Marie Mitchell (John). He had several grandchildren and a brother, Dr. J. William Conklin of Las Vegas.

The funeral was held on Dec. 2 at St. Margaret Mary Church in South Windsor, Connecticut. Memorial donations may be made to the Alzheimer’s Resource Center, where Conklin was cared for (1261 S. Main St., Plantsville, Connecticut 06479) or Holy Family Retreat Center (303 Tunxis Road, West Hartford, Connecticut 06107).