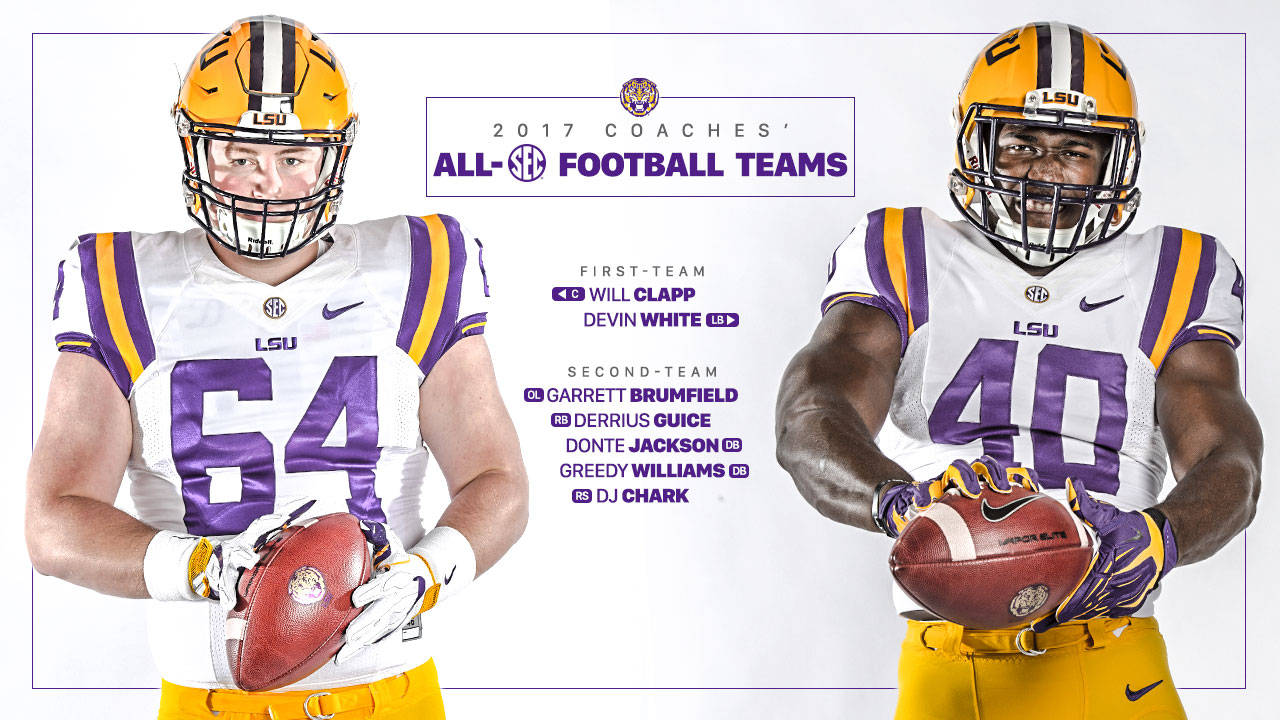 BIRMINGHAM, Ala. – Seven members of the LSU football team were named to the 2017 Coaches’ All-SEC teams with center Will Clapp and linebacker Devin White earning spots on the first team, the conference announced Tuesday.

Clapp, a Rimington Trophy finalist, and White were named to the AP All-SEC Monday. Clapp paved the way for Guice and Darrel Williams to run for more than 1,000 and 700 yards, respectively. White currently leads the SEC in tackles with 127 for the season and 10.6 per game.

Guice is third in the league in rushing yards with 1,153 and 11 touchdowns. The junior is just the fourth LSU player in school history to rush for 1,000 yards or more in back season and the only player in SEC history with three games of more than 250 yards in a career.

Both Jackson and Williams have been the top defensive backs in the league. Williams is tied in the league for the most passes defended with 15 as well as most interceptions with four. Jackson has played both cornerback and safety this season. The Metairie, Louisiana, native tied his career high with seven tackles against Arkansas.

Chark was selected to the second team as a return specialist. The senior led the league in punt return average with 11.7 per game. Chark totaled two touchdowns on punt returns this season with the most thrilling coming on a 75-yard return against Auburn to spark the Tigers to the largest comeback against an SEC team in Tiger Stadium history.

LSU posted its 18th-straight eight-win season in 2017 and will face off against Notre Dame in the Citrus Bowl on Monday, Jan. 1, at Camping World Stadium in Orlando, Florida.