Volleyball Falls to San Diego in NCAA First Round 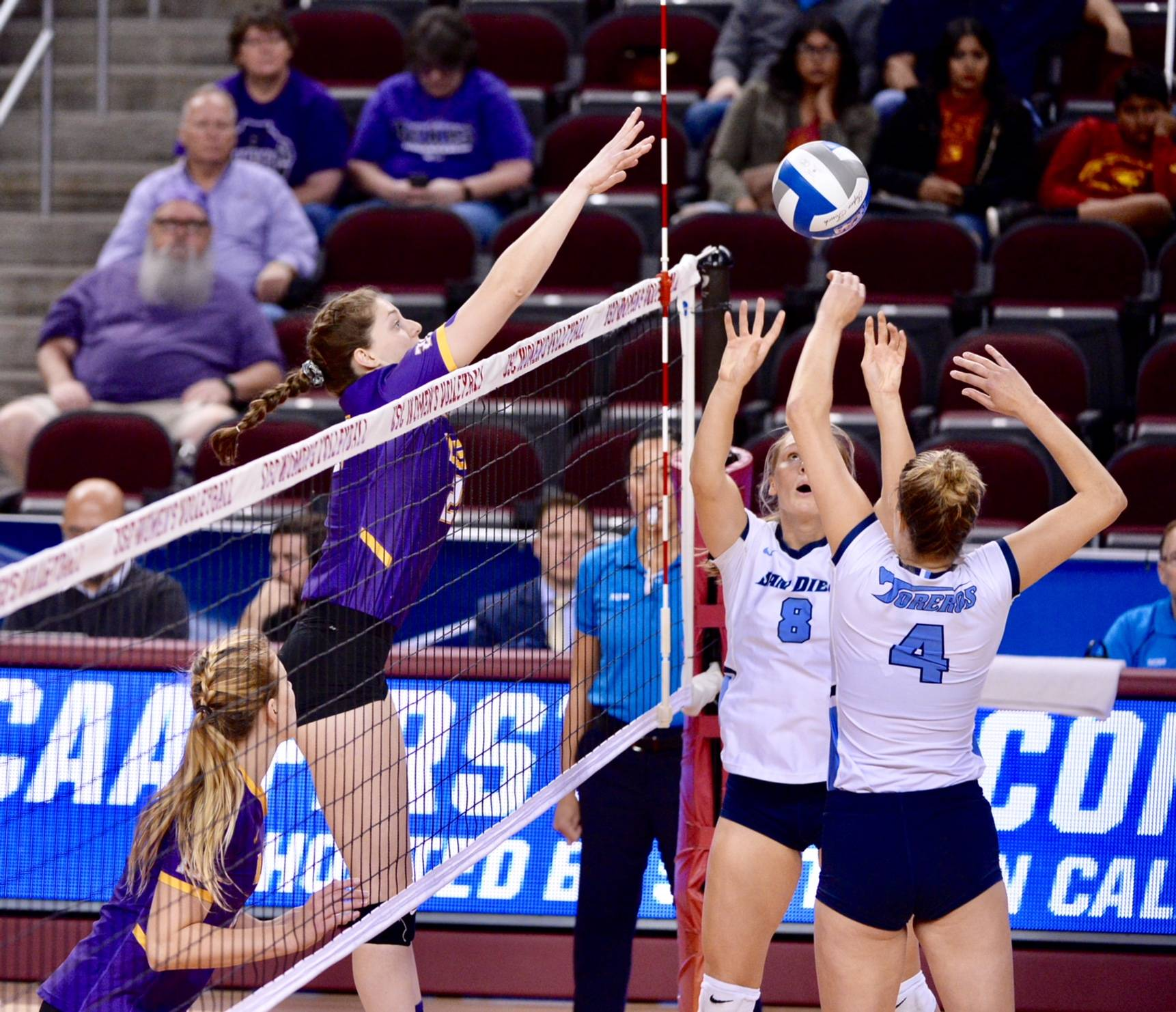 Fran’s Final Thoughts
Opening statement…
“We gave it away a little bit. We outhit them in terms of efficiency. I am super proud of that because that is something we emphasized all year. San Diego out-killed us. They put more balls away than we did. We had them backed in a corner and we let them up off the mat. They are the No. 9 team in the country and we went toe-to-toe with them. I am proud of our effort, and I am sad that we couldn’t get it done. We were so close.”

On player performances…¬
“I am super proud of Jacqui (Armer), and Gina (Tillis) came through in her last match and was unbelievable. She did everything we could possibly ask of her. I thought Raigen (Cianciulli) played well and dug a lot of balls. The bottom line is we weren’t quite good enough tonight. We will learn from this and get better. I am excited for the future.”

On the 20-10 season…
“If you had told me last spring when we walked in the gym that we we’re going to be able to play this type of match, in this environment, in the NCAA Tournament, I don’t know that I would have believe it. I knew our skill set needed to improve. I credit our student-athletes for working really hard and committing to the process. They had a tremendous year. They will look back, they will understand that they took us to the next level and opened the door for us in the NCAA Tournament again. They represented us really well and I am super proud of them. The future is certainly bright for us.”

On the senior class…
“Gina did everything she could tonight. I am super proud of her because pressure gets to her sometimes. She did not allow that tonight and would not get denied. I thought Kelly played a good, solid match and she did what we needed her to do. I am most proud of Cheyenne (Wood) and Khourtni (Fears). They didn’t get the playing time they wanted but they were the most positive and drove this team. The seniors have definitely left this program better than when they found it.”

Opening Set
San Diego started off the match with an 8-3 run. The Tigers battled back, coming within one, 12-11 after three straight points. San Diego pushed its lead to 15-12 at the media timeout and again at 18-13, forcing LSU to take its first timeout. The Tigers went on a 3-0 run to come back within two, 18-16. The two teams traded two points at a time before San Diego took a 22-18 edge. The Toreros pushed to a 24-20 lead but LSU held them off for two straight set points. A missed serve gave the Toreros the first set, 25-22.

> Senior Gina Tillis compiled her 29th career double-double and 13th of the season with 18 kills and 14 digs. She also recorded three blocks.

> Jacqui Armer had a team-high .550 hitting percentage as she had 12 kills and one error on 20 attempts. The sophomore also had a career-high three service aces and a career-best four digs. Her previous highs were one and three respectively.

>The Tigers out-hit San Diego .253-.246, marking the first time since November 15, 2013, against Auburn when the TIgers outhit an opponent and fell in the competition.