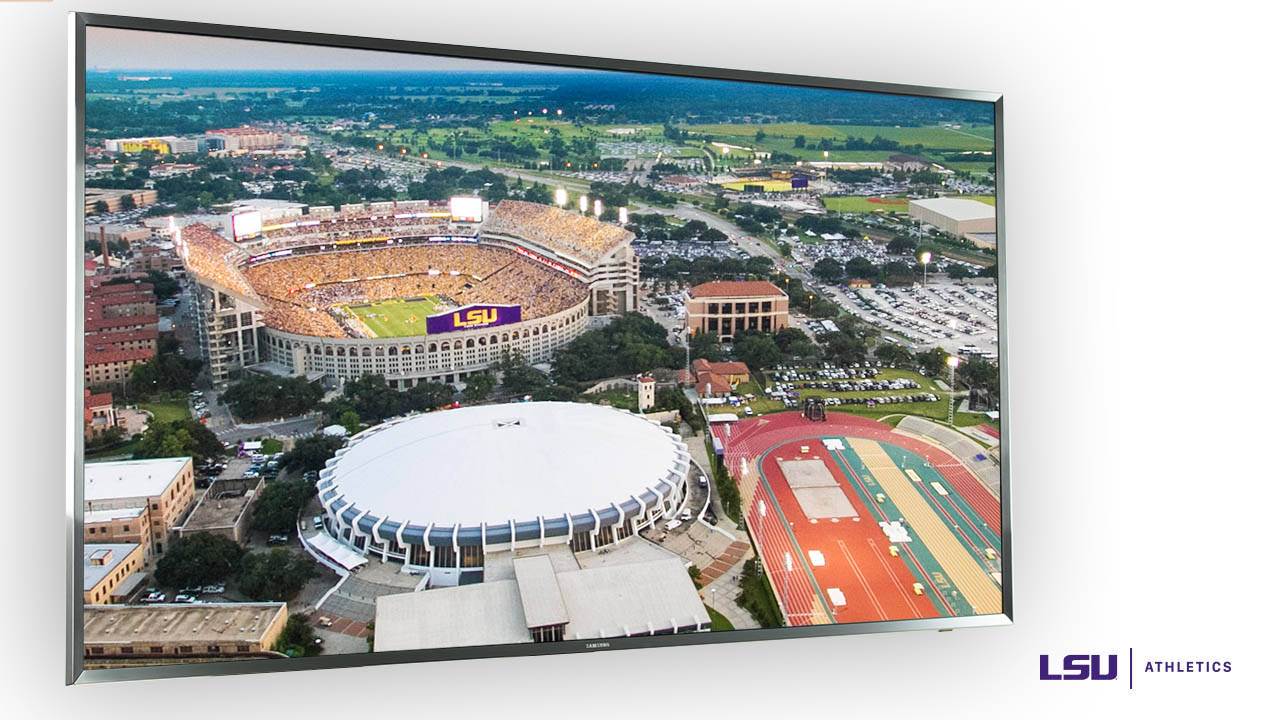 BATON ROUGE – The newest and most innovative distributed television system, featuring hundreds of high-definition televisions, will soon be making its way to LSU’s athletic venues.

The Maravich Center will be the first facility to see the new televisions as the units are scheduled to be installed and activated for fans to enjoy by mid-December. The HD TVs will also be in place at Alex Box Stadium in time for LSU’s season-opener against Notre Dame in February. The final phase of the installation will take place in Tiger Stadium during the offseason and will be ready for next year’s home opener against Southeastern Louisiana.

“It’s a great upgrade for our fans,” said Vice Chancellor and Director of Athletics Joe Alleva. “We know they want it and they deserve it. We are especially pleased to invest in a system that is this state-of-the-art and will allow us a lot of flexibility for years to come.”

The $4 million upgrade will allow LSU to feed custom content and event footage to hundreds of high-definition televisions located throughout these three venues. LSU spent most of 2017 removing old wiring and installing the necessary technology infrastructure throughout Tiger Stadium, the Maravich Center and Alex Box Stadium to support the new system.

“Tiger Stadium wasn’t exactly wired for this,” said Emmett David, Associate Athletics Director for Facility & Project Development. “It’s a massive upgrade and requires a lot of technological and infrastructure improvements to be performed. Once fully installed, our fans will enjoy a crystal-clear picture, stats, college football updates and much more.”

The new system will be run by live event broadcast personnel in a central control room located in the LSU Athletic Administration Building. David said the HD television sets will be installed at concession stands and concourse areas throughout the three venues as well as in all premium seating areas.